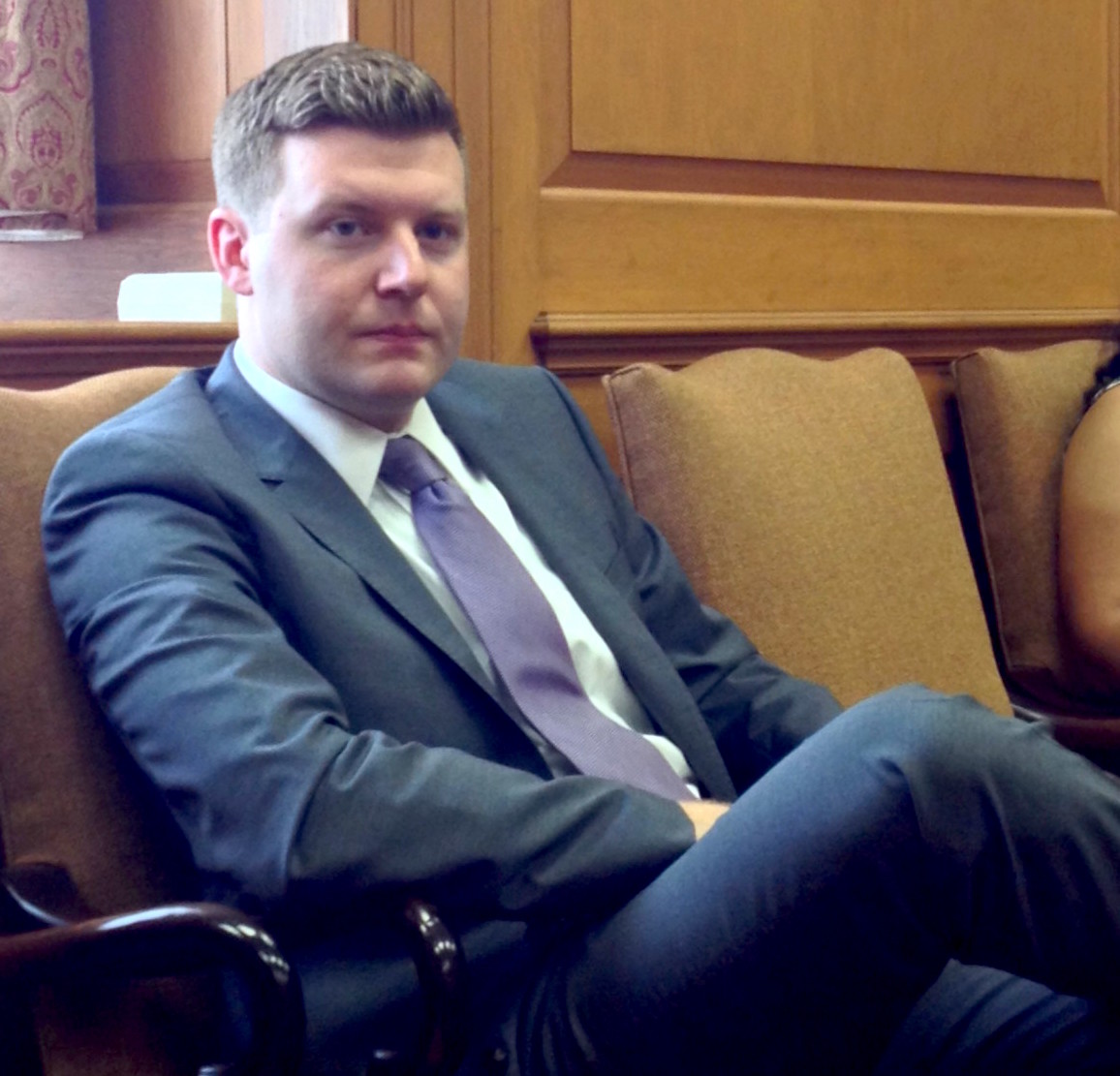 Leaders of Connecticut’s cities and towns have always been leery of talk at the Capitol about capping property taxes — their main source of revenue — even if the legislature promised to make up the difference. For decades, legislatures have reneged on pledged aid.

But Rep. Sean Scanlon hopes to change that, and save big dollars in the long run, by tying the two issues together.

The Finance, Revenue and Bonding Committee co-chairman, whose panel has been working on a cap bill since February, said this week it would include guaranteed aid for communities that pool their resources voluntarily.

The bill remains under development and some details aren’t fixed, but the basic principle is set: All communities would face a 2.5% cap on annual property tax hikes, but those communities that respond by pooling services and reducing costs won’t be in it alone.

For example: If two or more communities merge education services, the state would cover 10% of the costs. Similarly, Connecticut would pick up 5% for public safety programs and 2.5% for any other new service-sharing arrangements involving multiple cities or towns.

“I’m suggesting that we do this with a carrot, not a stick, because the stick has not worked,” Scanlon, a Guilford Democrat, told the CT Mirror.

The committee and fiscal analysts don’t have a projection on how much it might cost the state to subsidize these potential cost-sharing efforts. But given Connecticut’s long-standing reluctance to move in this direction, Scanlon said he’s optimistic the mergers would progress at a slow and manageable pace.

“I don’t think there’s going to be a groundswell of people to say ‘We’re definitely going to do this’ right away,” he said. The bill before the finance committee would start the program in the 2022-23 fiscal year.

But Scanlon added that if the measure is enacted and a few communities, for example, pool their school districts and benefit from enhanced state aid, the potential for growth is real.

“I need to start the trust fall somewhere,” he said.

Legislatures and governors for decades have complained about Connecticut’s excessive reliance on property taxes — as well as the state’s stubborn resistance to regionalization of services on a significant scale. Yet while Connecticut has had some success combining health districts and probate courts, proposals to merge education and public safety services generally have bogged down over the past decade.

“We’re not going to get ourselves out of this spiral by cherry-picking small items to regionalize,” Scanlon said.

Scanlon announced in February he would ask legislators to support a cap on local property tax increases patterned after Massachusetts’ Proposition 2 1/2, a statute that has drawn national attention since Bay State voters enacted it by ballot in 1980.

Tentative plans call for municipalities to limit their tax hikes to 2.5% or less — unless a local referendum gives them permission to go higher. The committee also is developing language that would permit exceptions for “extraordinary nonrecurring events” such as a coronavirus pandemic.

But Sen. Henri Martin of Bristol, ranking GOP senator on the finance committee, said he believes the measure is being crafted to force regionalization on communities.

Though the bill can’t be fully assessed until all details are in place, Martin said he’s skeptical that Connecticut will be able to cover a share of merged services if communities all across the state embrace the proposal.

“How are we going to afford that?” Martin said. “That doesn’t make any sense.”

And the state’s track record, when a program becomes unaffordable, has been to renege on its funding commitment to municipalities, said Coventry Town Manager John Elsesser.

“What is the guarantee they won’t cap us and then cut our funds?” Elsesser asked.

The town manager also questioned whether the cap is needed. He noted that more than 30 communities, including his own, already mandate that the annual budget be adopted by referendum, and tax hikes in excess of 2.5% are uncommon.

What the cap might do, Elsesser added, is tempt communities to defer building and road maintenance and make other decisions that save funds in the short term — to avoid a tax hike in excess of 2.5% — but cost more in the long run.

Scanlon said he hopes communities also would have more flexibility to deal with their budgets because the measure would give them more options to raise taxes.

Besides taxing property, the bill also would allow communities to impose a local tax on sales — or even on income.

But urban centers like Hartford, Bridgeport and New Haven, which shoulder the burden of most of Connecticut’s poverty, have relatively little income to tax.

And Scanlon conceded that income tax hikes generally are tremendously politically unpopular in all sections of Connecticut.

But the sales tax, like the property levy, is a regressive tax — meaning it imposes the same rate on payers regardless of their income or wealth.

Hartford Mayor Luke Bronin, who also is president of the Connecticut Conference of Municipalities, said Scanlon’s bill could spark a crucial discussion about the need to diversify revenue sources for cities and towns.

“There’s no question that Connecticut is far too property-tax dependent at the local level,” Bronin said. “I think the bill raises some important issues that are worth consideration.”

But the Hartford mayor added that a sales tax wouldn’t help economic development efforts in poor cities already struggling with high property tax rates. The capital city’s commercial rate is the largest in Connecticut at 74.29 mills.

“It’s also important to make sure that we’re not replacing one regressive form of taxation with another,” Bronin said.