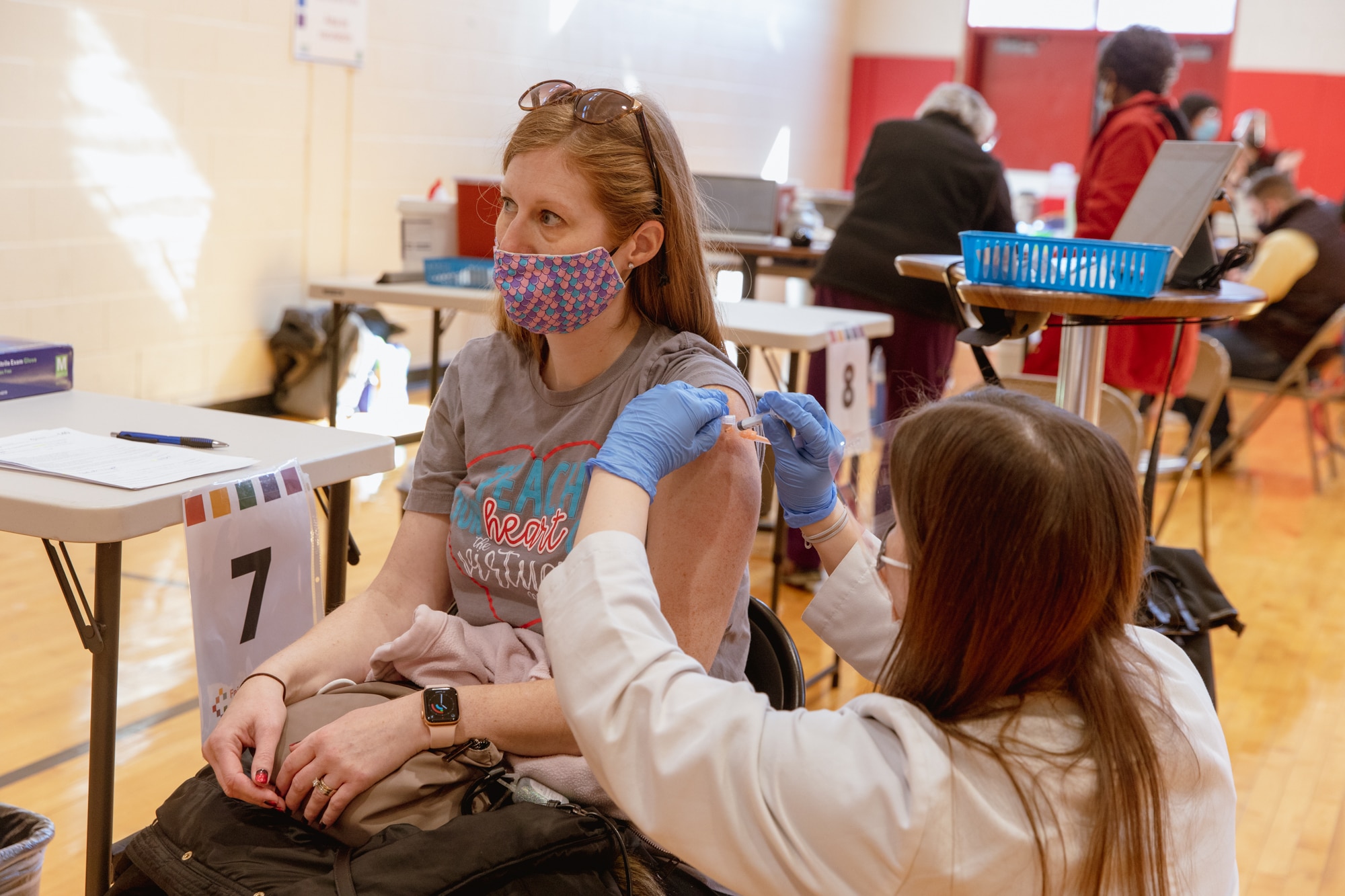 State officials expect nearly three quarters of Connecticut residents 16 and older to have received a first dose of the COVID-19 vaccine by the end of this month.

Eligibility opened Thursday to all people regardless of age. Since Thursday, 50,000 residents ages 16 to 44 – the newest group granted access – received a first dose of the vaccine.

“We’re going to be getting some very high numbers of the percentage of the total Connecticut population vaccinated by the end of the month,” said Josh Geballe, the state’s chief operating officer. “We should be at about 60% of people having received their first dose. Keep in mind, that still includes a significant portion of the population younger than 16, who are not eligible. So just looking at the eligible population 16 and above, we think we could be close to three quarters of the entire population with their first dose by the end of the month.”

Under this initiative, physicians reach out to patients with those conditions while the state Department of Developmental Services arranges clinics for people with intellectual or developmental disabilities.

But state officials said Monday they are not tracking how many people with comorbidities are being vaccinated under that effort or keeping track of how quickly those residents are being reached.

“We’re letting the hospitals handle that, just given that everyone’s going to have an appointment in a relatively short period of time,” Geballe said. “We’re in constant dialogue with our hospital systems. They indicate it’s going well, that they’re filling the reserved appointment slots they set aside for those individuals. So if folks have concerns they can let us know.”

Geballe said that as of Monday, about 1,000 of the 9,000 residents with intellectual or developmental disabilities had been vaccinated. The state is not tracking how many people with underlying conditions received a shot. Officials have estimated that about 10,000 residents ages 16 to 44 have at least one of the five qualifying comorbidities.

Gov. Ned Lamont in February broke from recommendations issued by the federal Advisory Committee on Immunization Practices and moved the state to an age-based rollout. At that point, Connecticut was supposed to open up eligibility to certain essential workers, including grocery store employees and postal staff, and people with underlying health conditions identified by the Centers for Disease Control and Prevention. Instead, residents ages 55 to 64 were prioritized next.

The move angered people who were initially next in line. Attorneys from three legal aid programs in Connecticut have filed a federal complaint against Lamont and the state, alleging that the vaccine rollout discriminates against residents of color. Disability Rights Connecticut also filed a complaint with the U.S. Office for Civil Rights against the state “for discriminating against persons with disabilities” by not prioritizing them over the general population.

Lamont last month announced the “accelerated access” program, meant to help certain residents with underlying health conditions. But he launched the effort on the same day that eligibility opened to everyone in the state, drawing criticism.

Dr. Scott Gottlieb, a former head of the U.S. Food and Drug Administration, said Monday that some residents, including people in long-term care facilities, might need a booster shot of the COVID-19 vaccine come fall. Nursing home residents were in the earliest wave of vaccinations in Connecticut, with the first shots administered in mid-December.

Officials with Pfizer and Moderna have said their vaccines offer a high degree of protection for at least six months, and research is underway to determine when another dose may be needed.

“It’s quite likely that you’re going to want to give another dose of the vaccine at least to some portion of the population heading into the fall,” Gottlieb said. “Remember, we’ve vaccinated the most vulnerable portions of our population – people in nursing homes, people over the age of 70 – in December and January for the most part. So come September, October, they’re going to be almost a year out from vaccination.”

Connecticut’s positivity rate was unchanged from Friday, at 3.28%. The state recorded another 19 deaths from COVID-19, bringing the total to 7,923. As of Monday, 484 people were hospitalized with coronavirus.