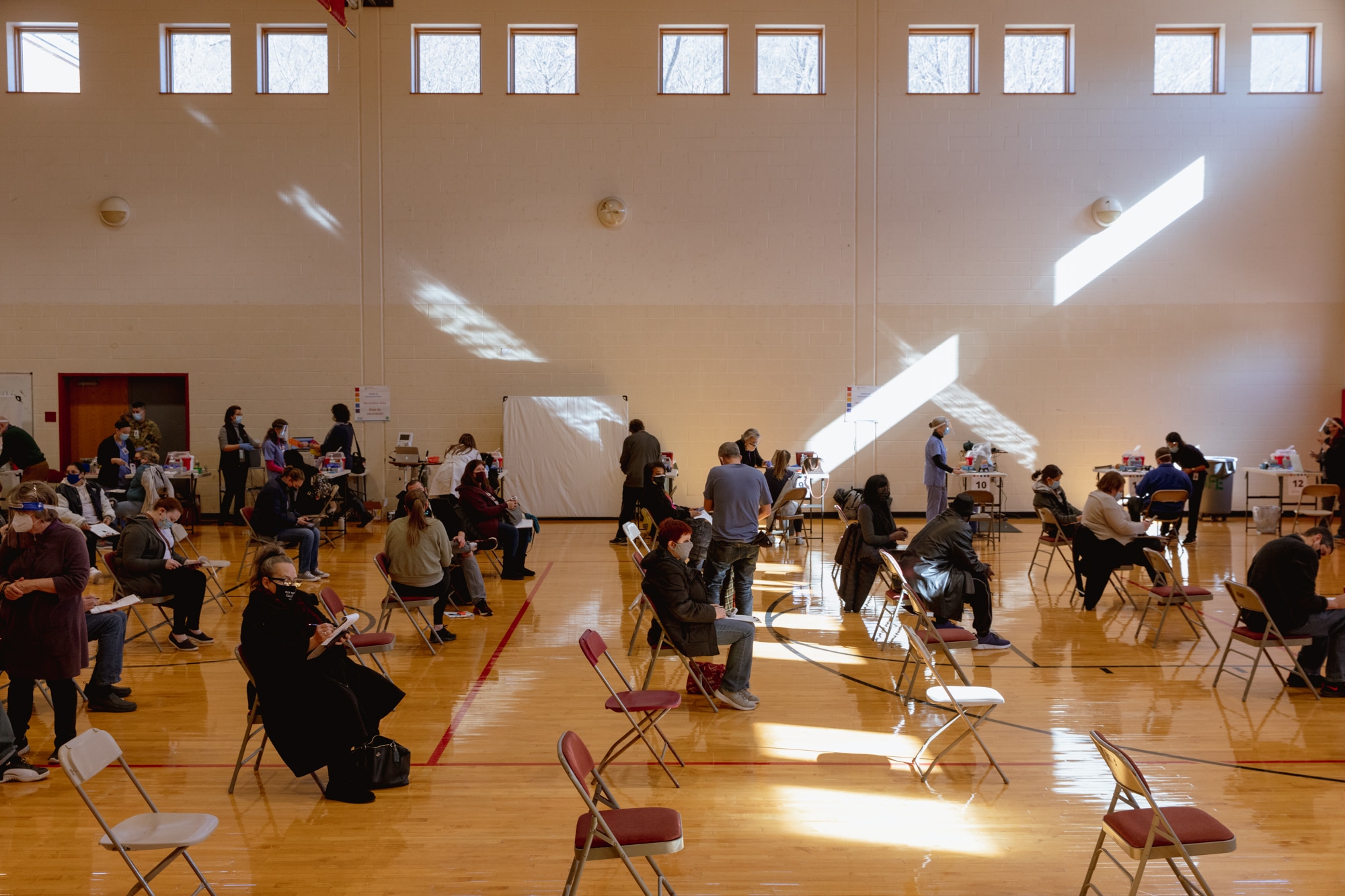 Attorneys from three legal aid programs from across the state filed a federal complaint Monday against Gov. Ned Lamont and Connecticut, alleging that its vaccine rollout plan discriminates against residents of color.

The complaint asks the Office for Civil Rights to “immediately investigate and issue findings on an expedited basis” on whether the vaccine rollout discriminates on the basis of race and disability. Attorneys from Connecticut Legal Services, Inc., the New Haven Legal Assistance Association and Greater Hartford Legal Aid asked the OCR to tell Connecticut to revise its vaccine rollout to include people with underlying health conditions that put them at risk of contracting COVID-19, regardless of their age, and individuals who hold jobs that put them at heightened risk of contracting the virus, as identified by the Centers for Disease Control.

The complaint is at least the second filed since Feb. 22, when officials announced the COVID-19 vaccine would be distributed on the basis of age. Disability Rights Connecticut filed a similar complaint days later, claiming the new rollout “constitutes disability discrimination” that violates federal law.

The complaint filed Monday alleges that Black and brown Connecticut residents are disproportionately harmed by the new rollout plan. It claims that the distribution violates the Civil Rights Act of 1964 and the Affordable Care Act, as well as the Americans with Disabilities Act.

The lawyers pointed to data showing that people of color are more likely to work in essential jobs that leave them exposed to the virus, more likely to live in “tightly cramped housing,” more likely to use public transportation and more likely to have pre-existing conditions and co-morbidities because of historical inequities in access to health care.

“All of these factors contribute to Black and brown Connecticut residents contracting COVID-19 at higher rates, and dying of it at higher rates,” said Kristen Noelle Miller Hatcher, an attorney with Connecticut Legal Services. “In fact, in Connecticut Black and brown people are dying younger when they contract COVID-19, making it even more critical that the allocation of the vaccine not be done simply by age, and that they need to instead prioritize people with underlying conditions and with high risks of exposure — especially those fellow residents who need to go to their jobs and are unable to work remotely, as the state’s earlier plan appropriately provided.”

In a news conference Monday afternoon, Lamont said the claim that the age-based rollout discriminates on the basis of race is “false.” He contrasted Connecticut’s vaccine distribution to other states’ more complicated rollouts.

“Ours is based upon public health,” Lamont said. “And it says that those who are most likely to be infected, most likely to suffer complications, most likely to die are going to be the ones that get vaccinated first. And that’s based on age. And then we doubled down with the separate allocation, especially for the most underserved communities, in particular, the African American community. We have to do a special outreach to make sure that they get vaccinated, and I think we’re having some success there. We still have a way to go.”