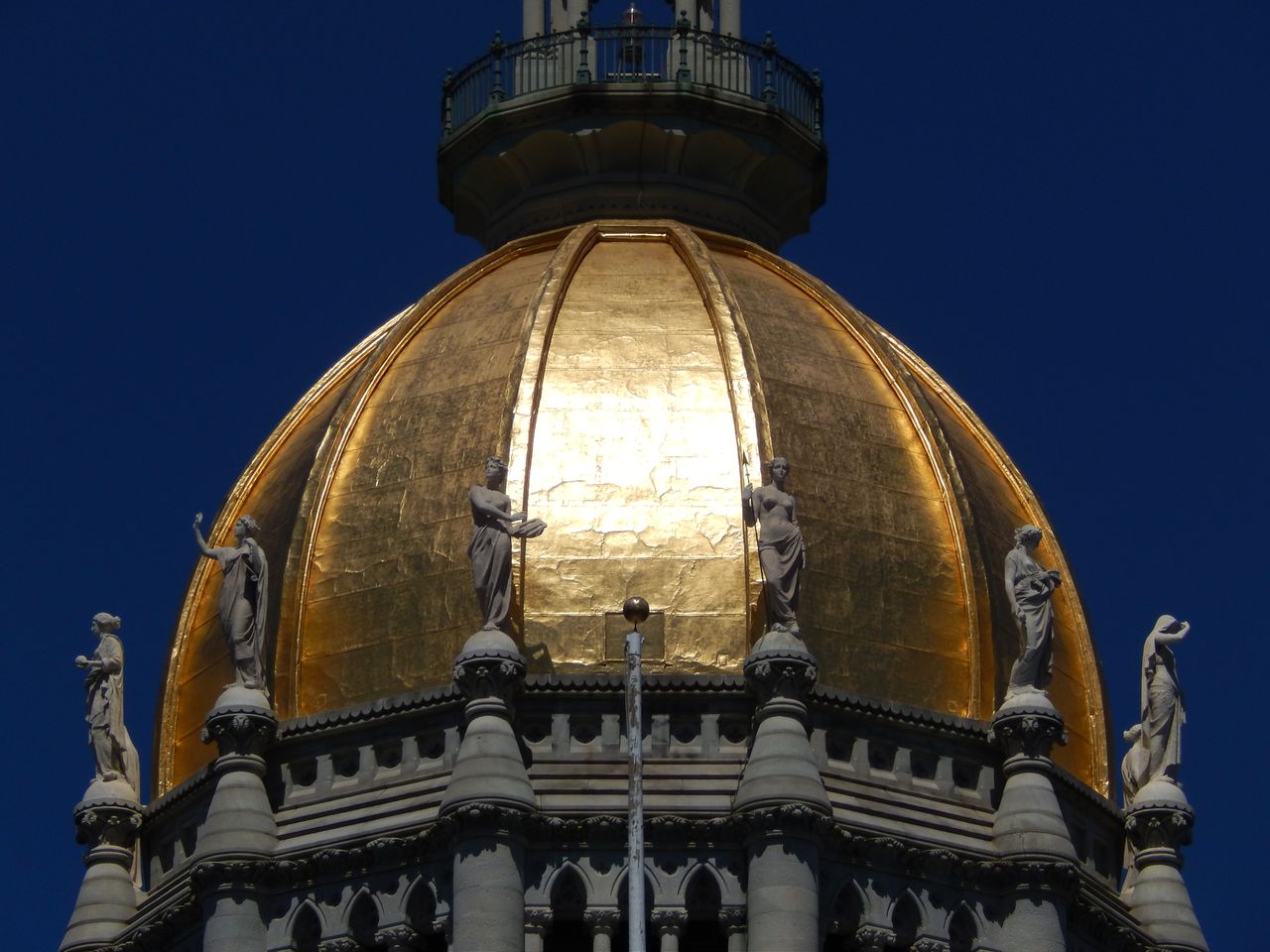 After nearly a decade of struggling with huge projected deficits, Connecticut continues to receive good news about its improving state finances.

Connecticut received high marks from a nationally recognized fiscal think-tank for its huge reserves, its fiscal planning and the general transparency of its budget process.

But the New York-based Volcker Alliance also used its latest annual assessment of states’ budget practices to challenge Connecticut for its huge long-term debt and continued reliance on “budget maneuvers” to postpone some tough fiscal choices.

“Our report card is re-affirmation of the strong budget forecasting and management tools, robust reserves and an improved handling of our pensions cited by Moody’s last week in upgrading our credit rating, for the first time in 20 years,” Kosta Diamantis, Gov. Ned Lamont’s deputy budget director, said Wednesday. “There remains much work to be done on our long-term obligations, but we are moving in the right direction, and the taxpayers will benefit as credit rating agencies take notice.”

Founded by former Federal Reserve Board Chairman Paul A. Volcker, the alliance is a nonpartisan group dedicated to improving government and empowering the public-sector workforce.

It produces an annual report card of all states’ finances, based on the previous five years. The latest report, covering the 2015 through 2019 fiscal years, found many states moving in the right direction just in the nick of time.

“While no one could have foreseen the immense economic and fiscal stresses caused by COVID-19, actions taken by many states during recent boom times left them better prepared than they would have been only a few years earlier,” said William Glasgall, Volcker Alliance senior vice president and director of state and local initiatives.

The alliance gave Connecticut an “A” grade for its budget forecasting, noting the state — since 2009 — requires fiscal analysts for the executive and legislative branches to jointly test tax and other revenue projections three times each year, in addition to producing numerous other regular budget assessments.

Connecticut also received marks of “B” for its reserves and for its budget transparency.

After depleting its reserves in 2009 and 2010, Connecticut operated with little fiscal safety net for much of the 2010s.

Things changed in 2017 when the legislature adopted several fiscal reforms. Key among them were new restrictions on the state’s ability to spend income tax receipts tied to investment earnings — traditionally one of its most volatile revenue sources.

That move was followed by several relatively robust years on the stock market.

Connecticut’s budget reserves were a meager $213 million at the end of the 2016-17 fiscal year — a level barely beyond 1% of General Fund spending.

Three-and-a-half years later, the rainy day fund is at its legal maximum of 15%, a little more than $3 billion.

The Lamont administration also projects the state will end the current fiscal year, which wraps June 30, with $800 million left over. Because the reserve is maxed out, those funds would be transferred into one or both of the state’s two major pension funds.

The state also has a detailed, consolidated online budget reporting system — which has expanded significantly since 2013 when Comptroller Kevin P. Lembo launched the OpenConnecticut online initiative.

A related site, osc.ct.gov/OpenCT/quasi.html, provides financial details of most quasi-public entities created by the General Assembly.

“The OpenConnecticut portal built by my office continuously ranks among the best in the nation for open government applications and is consistently expanding to provide more critical information to taxpayers,” said Lembo. “I’m proud of the part the comptroller’s office has played in those efforts, and it’s gratifying to see our progress recognized with high marks in this report.”

Lembo and Sen. John Fonfara, D-Hartford, also were key in pushing the legislature to improve its savings habits. But Republican leaders often note the Democrat-controlled legislature needed a push from the other side to reform this area.

The GOP insisted on the budget reforms adopted in 2017 — when Democrats held very narrow advantages in the House and Senate and needed Republican support to adopt a state budget.

When Moody’s upgraded Connecticut’s bond rating on March 31, citing many of the same issues praised in the Volcker report card, House Minority Leader Vincent J. Candelora of North Branford said that upgrade “is in large part a credit to the financial reforms secured by Republicans during the long but fruitful bipartisan budget negotiations a few years ago — changes that wouldn’t have been achievable if the number of Republicans and Democrats in the General Assembly weren’t nearly equal at that time.”

But the latest report card wasn’t all praise for Connecticut.

While the state has $3 billion in its budget reserves, that pales against more than $91 billion in long-term debt. That includes both outstanding payments on bonds as well as huge unfunded obligations in pension and retirement healthcare programs.

The alliance gave the state a grade of “D” for its “legacy costs” — a fitting name for Connecticut given that several analyses showed it failed to properly fund its pensions for seven decades between 1939 and 2010.

State officials have relied on several “budget maneuvers” — labeled “fiscal gimmicks” by some critics — to work around this problem, and the Volcker Alliance gave Connecticut a grade of “C” in this area.

The state has refinanced its pension programs three times since 2017 — the state employees’ retirement fund twice and the teachers’ pension once.

These re-financings largely were billed as efforts to smooth out spiking balloon payments owed to the pension funds in the late 2020s and early 2030s. But state officials also used these opportunities to give themselves short-term relief — to reduce required pension payments right away — shifting those costs plus interest onto future generations.

The report card also noted Connecticut continues to borrow at times to cover its operating costs.

For example, since 2015, the state has effectively relied on more than $100 million in borrowed funds each year to pay off other borrowing. Critics charge this is akin to a household using one credit card to pay off another.

The two-year state budget that Lamont proposed back in February, for the biennium starting July 1, would use nearly $220 million in borrowed funds to pay off borrowing.