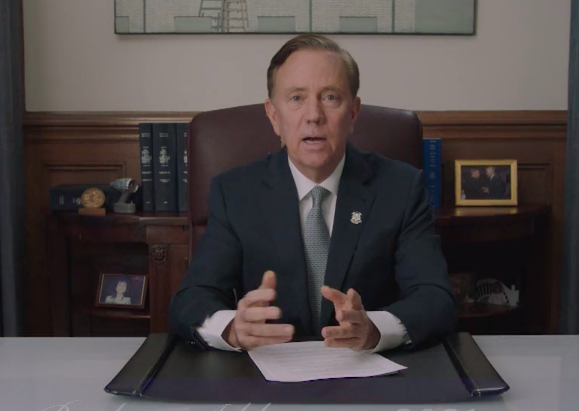 Gov. Ned Lamont and legislative leaders from both parties on Thursday took a step toward streamlining the hundreds of policies the governor imposed via executive order during the first year of the coronavirus pandemic.

But it remained unclear whether the two parties will find common ground when it comes to the extent of the governor’s emergency powers during future crises.

“I believe there was a willingness and a cooperative spirit among the four caucuses to work,” Senate Minority Leader Kevin Kelly, R-Stratford, said following a teleconference meeting between legislative leaders and the governor Thursday afternoon.

Lamont, who has issued more than 300 executive orders under powers that allow him to suspend state laws or temporarily change them, has whittled that down to about 80 that he wants legislators to consider extending or codifying in state law.

Under the terms of a law passed last week, the governor’s emergency powers are set to expire on May 20.

Republican leaders have been pressing since the General Assembly session began in January for the legislature to begin sorting through these orders and begin removing those no longer needed.

The governor noted many of his orders center on COVID-19 vaccination policy and there’s “a real need” to ensure the ongoing effort to protect residents across all age groups continues to progress smoothly.

The larger challenge, though, might be finding agreement on how the Executive Branch’s emergency powers should operate in the future.

The state Supreme Court recently upheld the statute establishing the governor’s emergency authority, but it also pressed the legislature to create a clearer oversight process.

Lamont initially declared a public health emergency on March 11, 2020, shortly after the first coronavirus case in Connecticut was announced. Legislators suspended the 2020 session and passed no legislation until a special session in July.

Lamont’s emergency powers were based on a public health law — which specifies a procedure for a special legislative committee to block the governor — and a civil preparedness law.

The committee is composed of the top six legislative leaders from the four caucuses, as well as the four leaders of the General Assembly’s Public Health Committee.

The bill passed last week ratified Lamont’s pandemic declarations and extended his authority by one month. On a party-line vote, the Senate rejected a Republican amendment that would have curbed the governor’s powers.

The Senate Republican amendment would have required legislative ratification of any emergency lasting longer than seven days. A House GOP version would have limited emergency power to 30 days when the legislature is in session.

Kelly and House Minority Leader Vincent J. Candelora, R-North Branford, said some greater version of the legislative oversight should be added to state law. Otherwise, “it’s a delegation of legislative authority without a vote of the legislature,” Candelora said.

Both Ritter and Senate President Pro Tem Martin M. Looney, D-New Haven, said they remain open to discussion, but they were wary of rigid limits.

]The Democratic leaders said emergencies, by their nature, aren’t smooth. And a 187-member General Assembly — with 151 representatives and 36 senators — can’t move as quickly as one governor.

An already complex process “gets a little trickier” if the emergency happens when the legislature isn’t in regular session, Ritter noted.

Looney warned that limiting the governor’s ability to respond to a true emergency — such as a once-in-a-century pandemic — was “dangerous.”

“The very nature of an emergency is something that requires decisive and very quick executive action. I wouldn’t want to do anything to impede that,” he said.

Lamont and legislative leaders agreed Thursday to continue talks on executive orders and emergency powers but did not yet schedule another meeting.