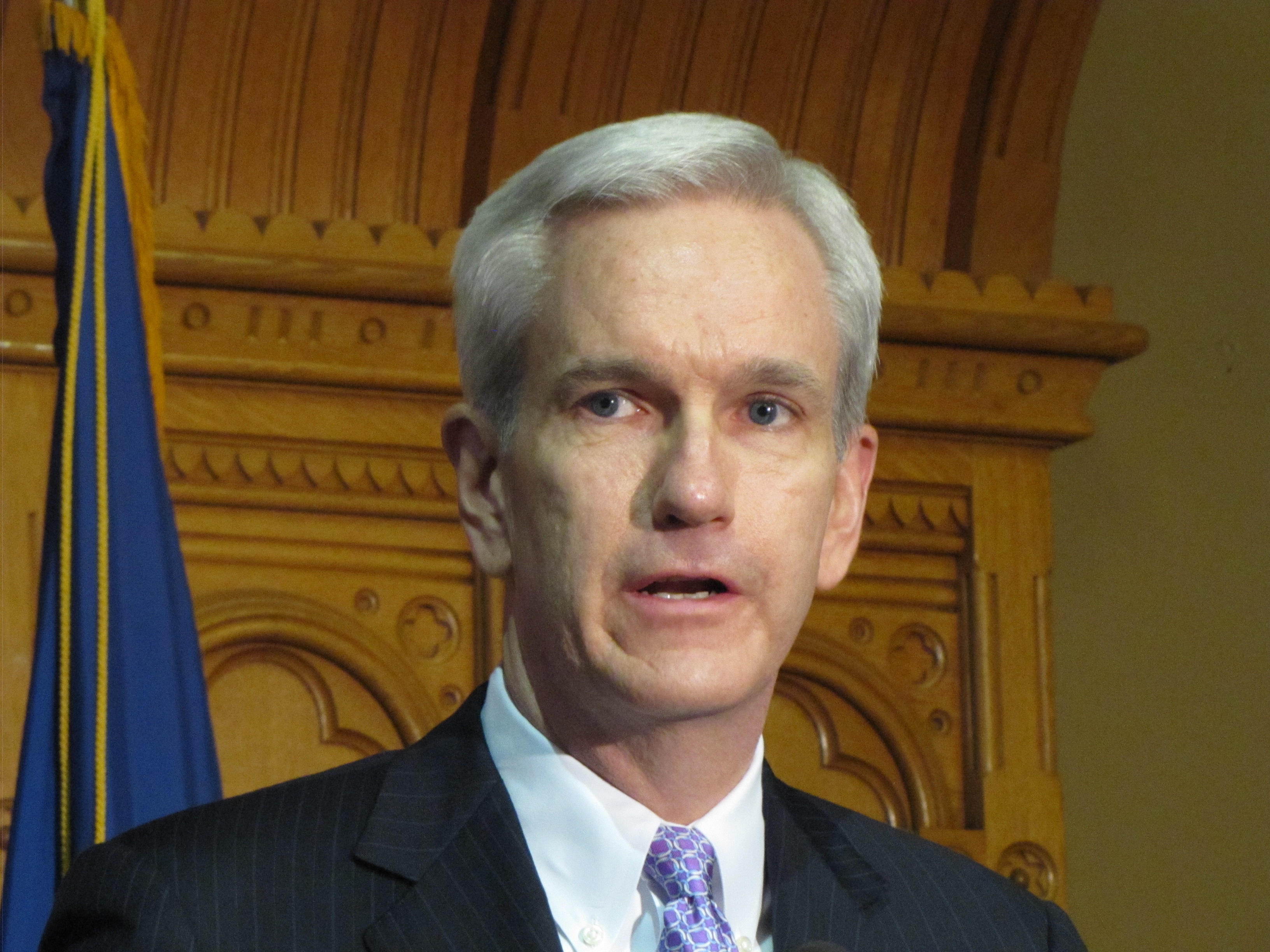 The Connecticut Supreme Court issued a unanimous opinion Monday providing the legal rationale behind the terse order released on New Year’s Eve that upheld the constitutionality of Gov. Ned Lamont’s emergency powers during the COVID-19 pandemic.

The opinion upholds both the constitutionality of the state’s two emergency powers laws and the governor’s exercise of his authority under them, providing what could be the last word by the state’s highest court on the legal basis for an unprecedented series of executive orders.

Responding to an appeal by a Milford pub owner aggrieved by Lamont’s order closing bars, the court sidestepped whether the order was necessary, focusing instead on the statutory and constitutional authority behind all his orders during the pandemic.

“As long as Governor Lamont is acting within this admittedly broad statutory and constitutional authority — which we conclude that he is — it is not the job of this court to second-guess those policy decisions,” the court concluded.

The opinion was written by Justice Andrew J. McDonald, who has a unique perspective on the court as to the intersection of legislative and executive authority: He was a co-chair of the legislature’s Judiciary Committee and was Gov. Dannel P. Malloy’s general counsel.

McDonald relied on a broad range of political, legal and linguistic authorities to discern whether the legislature had properly empowered Lamont or if a pandemic met the legal and plain-language definitions of “catastrophe” and “major disaster.”

The liberal justice nodded to both Donald J. Trump and Chief Justice John Roberts of the U.S. Supreme Court, as well as Connecticut’s significant body of case law, as he addressed those disparate questions of law and language.

Lamont declared a state of emergency under a public health law, which specifies a procedure for a special legislative committee to block the governor, and a civil preparedness law. The latter has no clear method for legislative oversight, except for a man-made disaster. The court all but nudged the General Assembly to consider creating a broader oversight process.

“[W]e fail to see why the legislature chose not to include a provision for legislative oversight of a governor’s proclaimed civil preparedness emergency, other than for a man-made disaster,” the court wrote in a footnote. “Certainly, this could be addressed by the General Assembly in its current, or a future, legislative session, if the legislature deems it appropriate.”

The current state of emergency expires April 20. The House of Representatives last week passed a bill that would extend the governor’s emergency powers until May 20.

“The governor has used his powers thoughtfully and judiciously throughout the past year, and that approach will not change,” said Max Reiss, the governor’s communications director.

Overall, the opinion was a victory for Lamont and an impediment to the plaintiffs in a different case challenging a requirement that children wear masks in class as a COVID precaution.

To uphold Lamont’s exercise of emergency powers, McDonald explored the origins and revisions of Connecticut’s public health and civil preparedness laws, as well as how they intersect with presidential powers in disasters.

There is no mention of contagions in the relevant state laws, but the court relied on the plain-language meaning of “catastrophe,” the unquestioned cost of the pandemic in human and economic loss, and how state and federal disaster declarations interact. 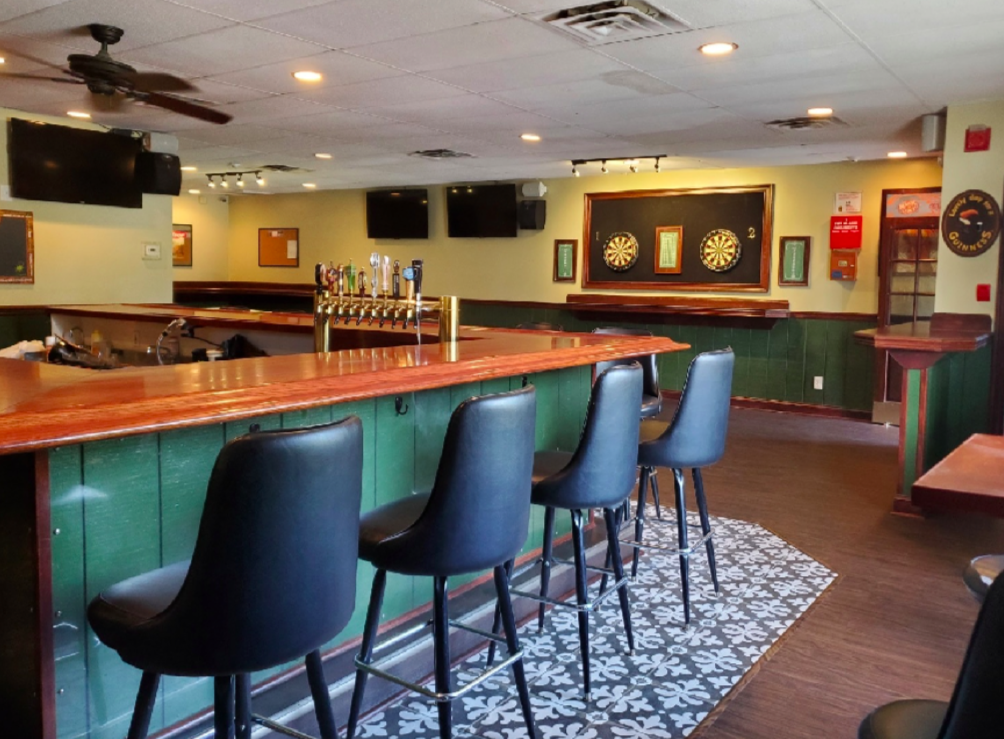 The challenge was brought by the owner of Casey’s Pub in Milford, closed by Lamont’s order since March.

Connecticut law defines ‘‘major disaster’’ as ‘‘any catastrophe including, but not limited to, any hurricane, tornado, storm, high water, wind-driven water, tidal wave, tsunami, earthquake, volcanic eruption, landslide, mud- slide, snowstorm or drought, or, regardless of cause, any fire, flood, explosion, or man-made disaster in any part of this state that … in the determination of the President, causes damage of sufficient severity and magnitude to warrant major disaster assistance” under the federal Stafford Act.

McDonald quoted Trump’s declaration under the Stafford Act that the impacts of the COVID-19 pandemic on Connecticut “are of sufficient severity and magnitude to warrant a major disaster declaration.”

Five words before the enumerated disasters in Connecticut law are crucial, in the court’s view. Those words are  ‘‘including, but not limited to.’’

“By including this phrase, the legislature evinced its intent that a ‘major disaster’ not be limited in scope to the enumerated events, as the plaintiffs contend,” the court said.

“Moreover, it would be absurd for the statutory scheme to be interpreted such that the governor could declare a civil preparedness emergency for an event such as a snowstorm but not for the worst pandemic that has impacted the state in more than one century,” the court said. “We decline to construe the meaning of ‘major disaster’ in such a manner.”

By any rationale measure, McDonald wrote, the pandemic has been a catastrophe, noting it “has caused vast disruption to everyday life, and it has had a devastating impact on our economy.” He referenced a CT Mirror story about a University of Connecticut assessment that the state economy might not fully recover until 2030.

The court also rejected arguments that the legislature had wrongly delegated its authority to the executive. McDonald citied Connecticut case law, including the court’s previous rejection of a UConn faculty union’s challenge to the legislature granting a governor the authority during one year to make unilateral budget cuts of up to 5%.

“A broad grant of authority, however, is not the same as limitless or standardless authority. As we have explained, although the General Assembly may not delegate its ‘law-making’ function, it may delegate ‘some considerable segment of its legislative authority.’”

McDonald noted that in a challenge to the California governor’s restriction during the pandemic on the number of people permitted in houses of worship, “Chief Justice John Roberts emphasized the need for elected leaders to have broad authority to respond to rapidly evolving emergencies.”