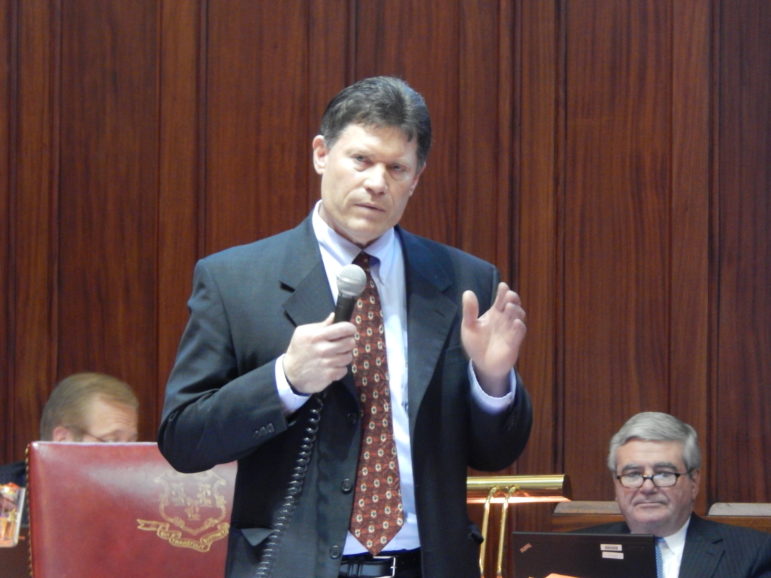 As the legislature’s Finance Committee wrapped its work Thursday, two bills to significantly reshape the municipal property tax were in political limbo.

One measure to establish a 2.5% cap on property tax hikes technically was approved, but its proponent conceded the measure’s fate is very uncertain.

The second, which involved repealing the property tax on most motor vehicles, allowing communities to levy income and sales taxes, and changing the property assessment methodology, died from inaction on the committee’s calendar.

But its chief sponsor said he may try to revitalize proposals that died in committee. They always can be offered as amendments on the Senate or House floor as lawmakers debate other bills on related topics.

“It just exposes, once again, the differences of the two Connecticuts,” said Sen. John Fonfara, D-Hartford.

“I’m reminded … how comfortable most of Connecticut is, and even doing something that would minimally impact folks or make their world a little bit different — they’re not willing to budge,” he said.

Fonfara spoke a few minutes after Republicans on the Democrat-controlled finance committee spent much of the panel’s final hour before its 5 p.m. deadline Thursday discussing his motor vehicle tax bill.

The Hartford lawmaker eventually pulled it off the agenda when it became clear a vote would not happen before time ran out.

Republicans have noted, though, that Fonfara filed this and other key bills little more than one week before the deadline, giving them relatively little time to absorb a complex proposal.

Fonfara, who represents one of the state’s poorest cities, has long argued that the vehicle tax is grossly unfair to urban centers, which typically have much higher mill rates.

As an example, the Hartford lawmaker suggested two hypothetical vehicles, identical in make, model, age and condition — one owned and garaged in New Britain, a low-income urban community in central Connecticut, and one in Greenwich, an affluent, shoreline town in Fairfield County.

The New Britain vehicle would be taxed at 45 mills, or $45 for every $1,000 of assessed property, according to the state Office of Policy and Management listing of municipal tax rates. More importantly, Fonfara said, it would be almost four times that of the Greenwich car, taxed at 11.59 mills.

Eliminating the vehicle tax would deprive cities and towns of an estimated $925 million in property tax receipts, but they would have several options to redistribute burdens and recoup that money under the bill.

Besides increasing tax rates on land, buildings and equipment, municipalities also could have altered how property is assessed. Currently, it’s taxed at 70% of market value. Fonfara’s proposal would have allowed them to use anywhere from 70% to 100% of market value and to phase in any shift over as much as five years.

Fonfara added he wouldn’t abandon the push for greater property tax fairness and would examine his bill to see if certain elements could be incorporated as amendments onto other bills before the regular legislative session closes on June 9.

Measure would put a 2.5% cap on annual property tax hikes

His co-chair on the finance panel, Rep. Sean. Scanlon of Guilford, also spearheaded a property tax reform measure this year.

If two or more communities merge education services, the state would cover 10% of the costs under the bill. Similarly, Connecticut would pick up 5% for public safety programs and 2.5% for any other new service-sharing arrangements involving multiple cities or towns.

And if communities wanted more flexibility in raising revenue, Scanlon’s measure also would have allowed them to levy their own income or sales tax.

The Democrat-controlled Finance Committee approved Scanlon’s bill in a vote along party lines, but Scanlon acknowledged it is uncertain whether it has enough support to clear the full House or Senate.

“I do think this bill is certainly a work in progress,” he said.

But he also noted there is potentially a strong coalition that could be assembled if some revisions are made.

Republicans on the committee largely opposed it because of the potential new taxing powers that would be granted municipalities.

But GOP lawmakers praised Scanlon for promoting a property tax cap and for pursuing options to regionalize local programs and reduce duplication of services.

“It is a noble concept,” said Sen. Tony Hwang, R-Fairfield.

“I do support the notion,” said Rep. Laura Devlin, R-Fairfield.

Hwang, Devlin and other Republicans offered to work this summer with Scanlon to craft a compromise measure that could be adopted in 2022.

Scanlon said he appreciates the Republicans’ offers but wants to begin those discussions sooner than this summer.

Like Fonfara, Scanlon said he may try to craft a modified measure with only some elements of the original bill and offer it as an amendment for consideration before June 9.

“I want to get something done on this this year, and I think we can,” he said. “I want a down payment, not a [summer] task force.”