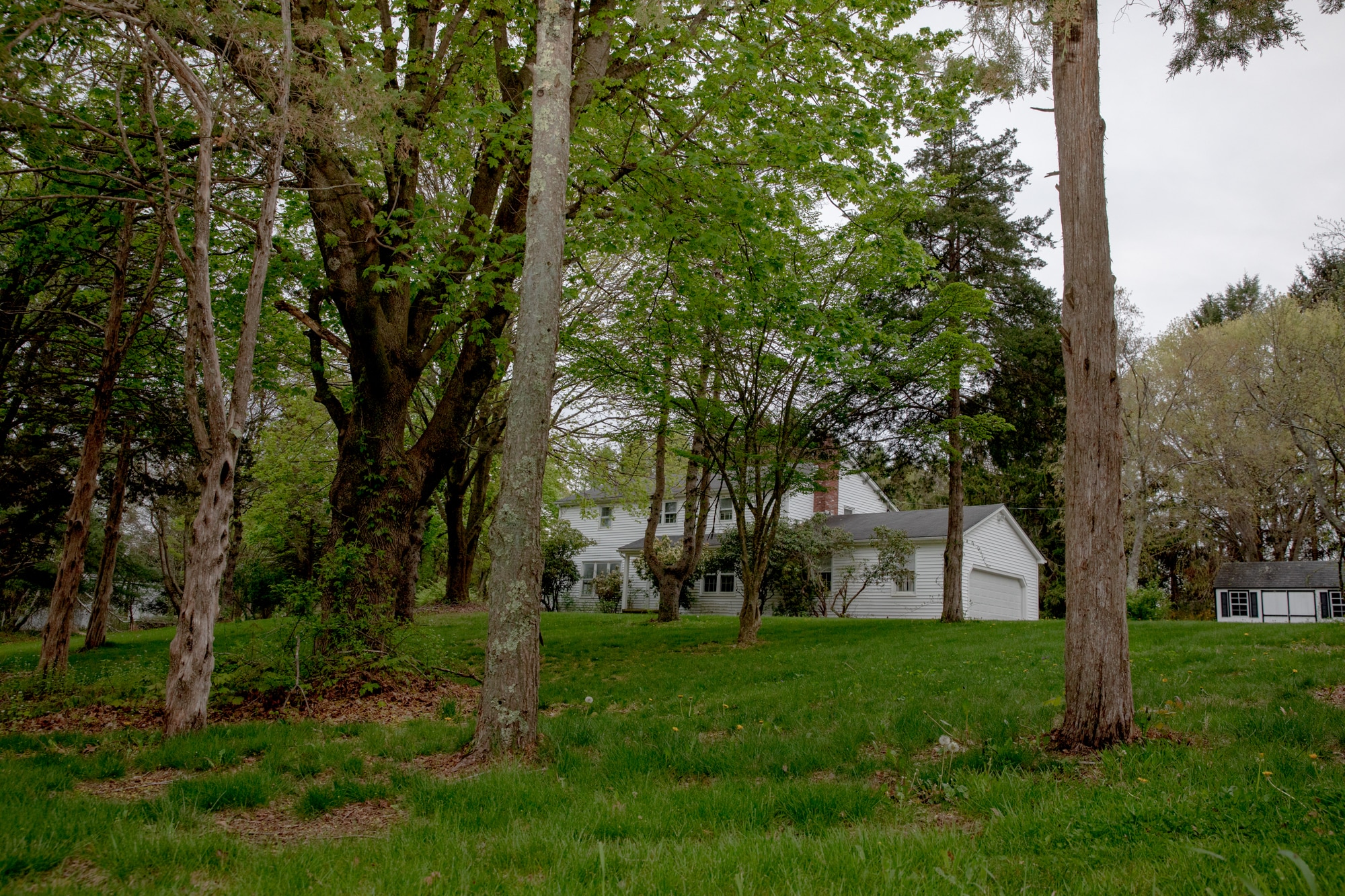 A house on the corner of Orchard Rd and Newtown Road in Woodbridge. A proposal has been made to build a four-unit home on this single-family, 1.5-acre lot.

Zoning officials in the well-off suburban town of Woodbridge seem unlikely to allow developers to build multi-unit dwellings there without special permission.

The request from civil rights attorneys to change the way affordable housing is approved in Woodbridge has become the focus of housing advocates across the state, as what happens in Woodbridge could eventually have widespread ramifications.

Convinced the town’s zoning regulations keep low-income residents from being able to move into town — and keep the town segregated — civil rights attorneys from the Open Communities Alliance and a fair housing Clinic at Yale Law School are also asking the town to throw out its prohibition on multi-family housing and its rule that only single-family homes can be built on a 1.5-acre lot nearly everywhere in town.

Instead, they want the town to allow developers to build two, three or four housing units in structures the same size as a single-family home without needing special permission or having to go through long public hearings. The share of Black or Latino residents living in this suburb is one-third the share living throughout the state. 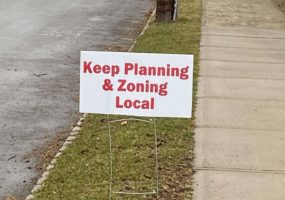 During the months-long debate on this request, the attorneys and their law school students shared photos of the huge homes that the town allowed without zoning approval or public hearings.

But the Planning and Zoning Commission reached a consensus during a meeting Thursday evening that they want to continue to review everything that isn’t a single-family home.

“I think it’s good to maybe have some of the public opinion on it from the folks that live in the area where the development is going. It’s kind of fair,” Jeffrey Kennedy, one of the six commissioners considering this request, said during a meeting Thursday evening to consider the application.

“I think maybe the volumes of single family homes may be a lot larger, and if they all had to come [to us], but I’m just guessing. I don’t know,” said Chairman Robert Klee, in response to a question from another commissioner about how the panel can justify not requiring single-family homes “to go through these hoops.”

The panel also seems to be leaning towards lifting the town-wide ban on multi-family housing for a small portion of town near the New Haven border and allowing two-unit homes to be built in areas that have public water and sewer, which also is a small section of town. Developments in those areas would need to set aside 20% of the units for low-income residents, a provision that has shown in other parts of the country to deter development that would allow more density and inherently bring down the typical housing cost.

The higher-density developments that Woodbridge seems ready to allow in parts of town, however, would also still need to be scrutinized by this local zoning panel.

“I do recognize, as we’re taking this step into a new area, having a public hearing can be OK,” said Klee.

But the public hearing process itself, some say, is the problem.

Many who show up to testify on proposed affordable housing projects point to frail public infrastructure, clogged streets, a lack of sidewalks and concerns of overcrowding that would damage what’s often referred to as “neighborhood character.”

Research has shown that when a project is opened to public testimony, the feedback is overwhelmingly negative, and the demographics of those testifying are not representative of the region.

Nearly every town in Connecticut prohibits the construction of multi-family housing without special permission from local officials, according to an inventory of local zoning regulations compiled in January by Desegregate CT, a coalition of dozens of non-profits lobbying the legislature to pass land-use reforms to help reverse the state’s status as one of the most segregated places in the country.

“My work shows that an as-of-right process [without a public hearing] is more equitable than our current process, which privileges the voices of advantaged, older, white homeowners. Planning and zoning board meetings triggered by the special permit/variance process amplify the voices of an unrepresentative group overwhelmingly opposed to the construction of new housing,” Katherine Levine Einstein, an associate professor at Boston University’s Department of Political Science, testified  before a legislative committee earlier this year on a bill that would have allowed higher-density development around some train stations and town centers without needing town approval. That provision failed to make it out of committee.

Fair housing advocates and attorneys say there is something deeper to the pushback displayed at public hearings that specific projects often receive.

The legal team challenging Woodbridge to allow the construction of four-unit homes in town without a public hearing or special zoning commission approval testified about its frustration with people raising environmental, architectural or other concerns during public hearings about multi-family housing, including during the committee’s hearing Monday.

“These are never things that get raised when you imagine the largest … single family development — but only get weaponized against multi-family,” said Karen Anderson, a law student at Yale, told The Connecticut Mirror. She is among those working on the Woodbridge case, which could have implications for other Connecticut towns with a preponderance of land zoned only for single family homes.

A single commissioner, Lawrence Greenberg, said he doesn’t want to limit to certain parts of town where more duplexes and multi-family housing is allowed, and saying that it can’t be done because of environmental concerns doesn’t work for him.

“I have trouble with the concept that the rest of the zones would not share in the obligation to provide housing, a variety of housing. And given the sophistication of septic systems and well water, I think it can be done in other areas as well,” he said.

There doesn’t seem to be agreement among the other commissioners on that point, and they instead seem to be in agreement to allow such development on 230 acres in the 12,038-acre town, or 2% of the land.

The board plans to meet again May 24 to try and finalize the plan before their June 9 deadline.

Correction: This story was updated to reflect that the share of land that would be impacted by the changes being considered is 2%, not the 5% as initially reported.