Insist Lamont and lawmakers must compromise on tax reform issues 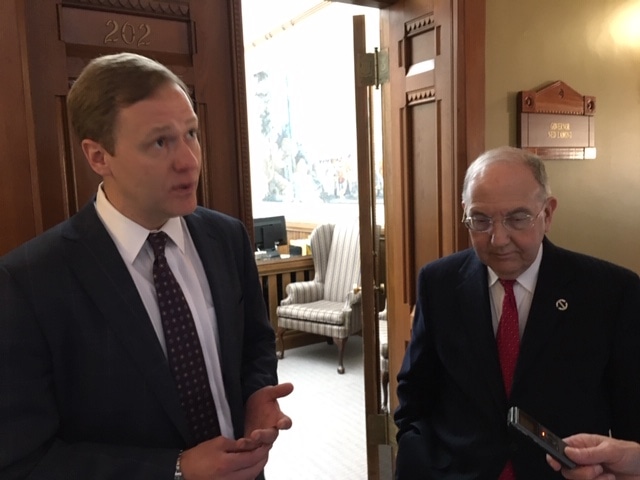 Democratic legislative leaders, who are still at odds with Gov. Ned Lamont over several proposals to shift tax burdens from the poor and middle class onto the rich, also predicted they would make progress in this area — without an adversarial showdown with the fiscally moderate-to-conservative governor.

“This budget really does a lot of things a lot of folks care about,” House Speaker Matt Ritter, D-Hartford said, referring to the biennial budget proposed by legislative committees, as well as plans to invest federal American Rescue Plan money in core services and programs. “We think we are very close to wrapping things up.”

The Appropriations Committee also recommended using $1.6 billion of that federal bonus to help close a projected deficit in the next two-year state budget.

Analysts did project back in February that state finances, unless adjusted, would run $2.5 billion in the red over the biennium. But they dramatically upgraded their revenue forecast on April 30, and leaders said another significant improvement is expected to be reported Thursday.

Sources close to that process said it could eliminate the overwhelming majority of any projected deficit.

Some of that improvement is tied to a surging stock market that is pushing up capital gains earnings. Another portion reflects households earnings that are being artificially maintained by temporary, enhanced federal unemployment assistance.

The state also has more than $3 billion in its budget reserve — a record-setting rainy day fund.

Given those resources, many progressive Democrats have been pushing for reforms to a state and municipal tax system that, proportionally, relies most heavily on low- and middle-income households. 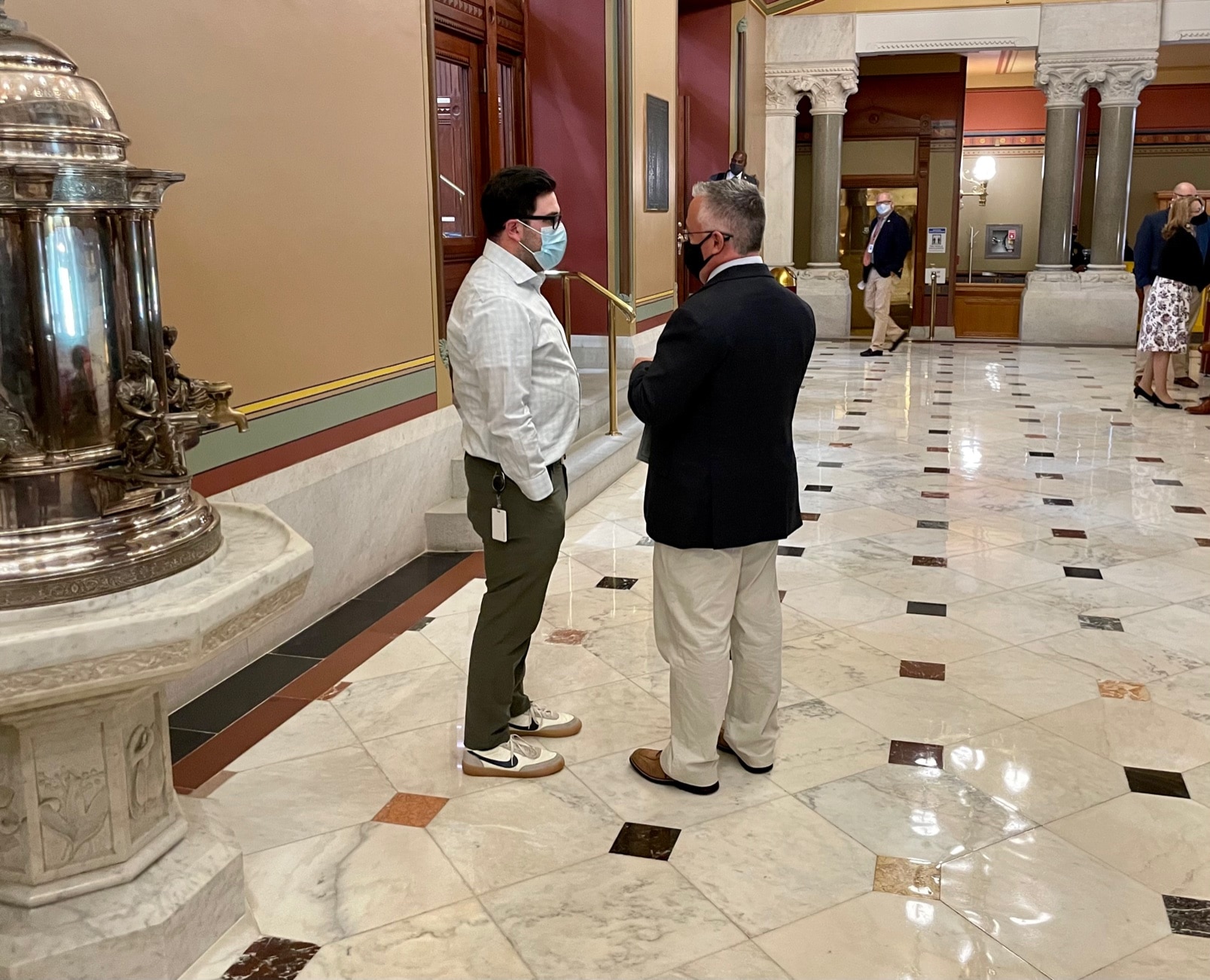 The legislature’s Finance, Revenue and Bonding Committee proposed two state income tax surcharges on the wealthy, as well as a new digital media levy aimed at online giants like Google and Facebook.

Those revenues would be used to help finance new and enhanced state income tax credits to provide relief to the poor and middle class. They also would support new investments in Connecticut’s urban centers.

Lamont, a Greenwich businessman who opposes raising state taxes on the wealthy on grounds that doing so would prompt them to flee Connecticut, has said he wouldn’t sign a budget based on the finance committee’s recommendations.

But Looney said the discussion is far from over, and while progressives may not get everything they want, Lamont will be expected to compromise as well.

“We’re interested in pushing the principle of progressive taxation,” Looney added, “to whatever extent we can.”

“Everyone’s got to give and take,” Ritter said.

But Lamont took a hard line in a statement issued Wednesday afternoon by his communications director, Max Reiss.

“Gov. Lamont has been clear for months: Connecticut doesn’t need more taxes, we need more taxpayers,” Reiss said. “We look forward to negotiating a budget, starting this week, that reflects the priorities of supporting our state’s most critical needs, maintaining fiscal responsibility and addressing equity.”

Republican leaders urged Lamont to veto any budget that is heavy on tax hikes.

House Minority Leader Vincent J. Candelora, R-North Branford, said the diminished Republican caucus can play a budgetary role, if the Democratic governor is willing to threaten or use a veto against a tax increase.

“The Republicans can sustain a veto in the House,” said House Minority Leader Vincent J. Candelora, R-North Branford “And this governor has been holding the line on income-tax increases. The Democrats seem very clear that that’s the direction they want to go. So I think that it would probably behoove the governor to bring us in the room.”

Sen. Paul Formica, R-East Lyme, the deputy Senate minority leader, also saw the Democratic governor as an ally on taxes — and the GOP as a counterweight to the more progressive elements in the Democratic majority.

But while the Republican minorities in the House and Senate proposed their own budget alternatives for much of the past decade, Senate Majority Leader Bob Duff, D-Norwalk, noted Wednesday that the GOP has offered few solutions in recent years.

“We govern and we work,” Duff said. “What I see them doing is criticizing and picking apart various pieces without offering a budget of their own.”