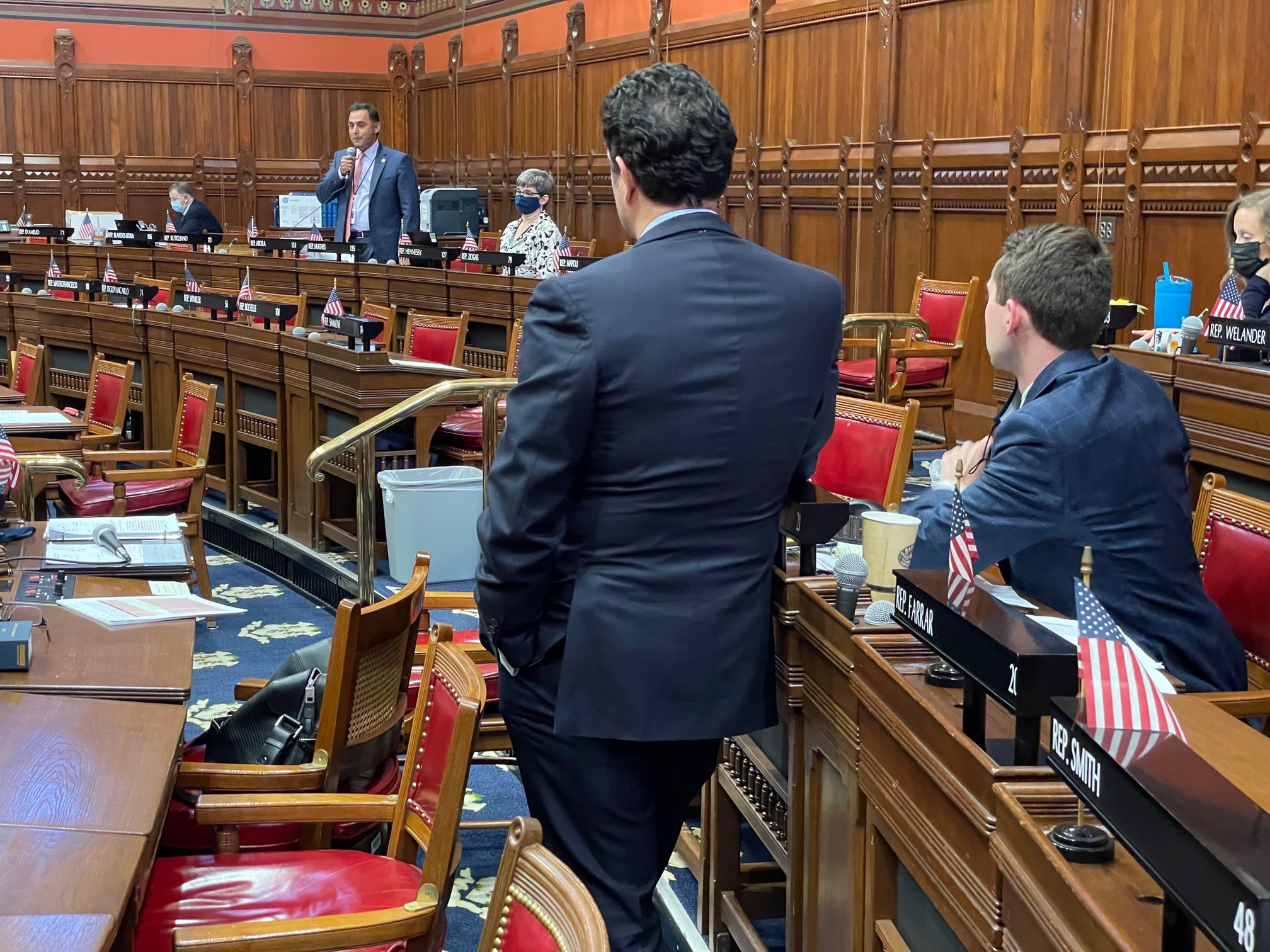 The House of Representatives voted 90-54 for final passage Tuesday of a Democratic bill intended to help public-sector unions maintain or grow membership in Connecticut.

Senate Bill 908 requires public employers to provide unions with access to new hires and bars them from discouraging or deterring new or existing employees from joining or remaining in a union.

The measure, which was sought by organized labor as a counterweight to the U.S. Supreme Court’s 5-4 opinion in Janus v. AFSCME, was opposed by every Republican and three Democrats.

The 2018 Janus decision reversed a precedent that empowered public-sector unions to assess agency fees on employees who benefit from union-negotiated wages and benefits but are not union members.

Rep. Michael D’Agostino, D-Hamden, presented the bill to the House as more than a boon to labor, saying it provided a measure of legal protection to government employers in disputes between unions and employees over dues and fees.

The bill absolves government employers from liability in lawsuits over whether dues and fees were properly deducted, making clear that unions are liable for improper deductions, D’Agostino said.

“I wish I could believe that,” said Rep. Harry Arora, R-Greenwich.

Arora made clear that he didn’t; he saw the liability issue as collateral to a bill mainly intended to protect unions’ ability to organize.

The Democrats voting with the GOP were Jill Barry of Glastonbury, Pat Boyd of Pomfret and Jonathan Steinberg of Westport.

It now goes to Gov. Ned Lamont, who is expected to sign the bill.