Objections in House will force revisions to ‘clean slate’ bill 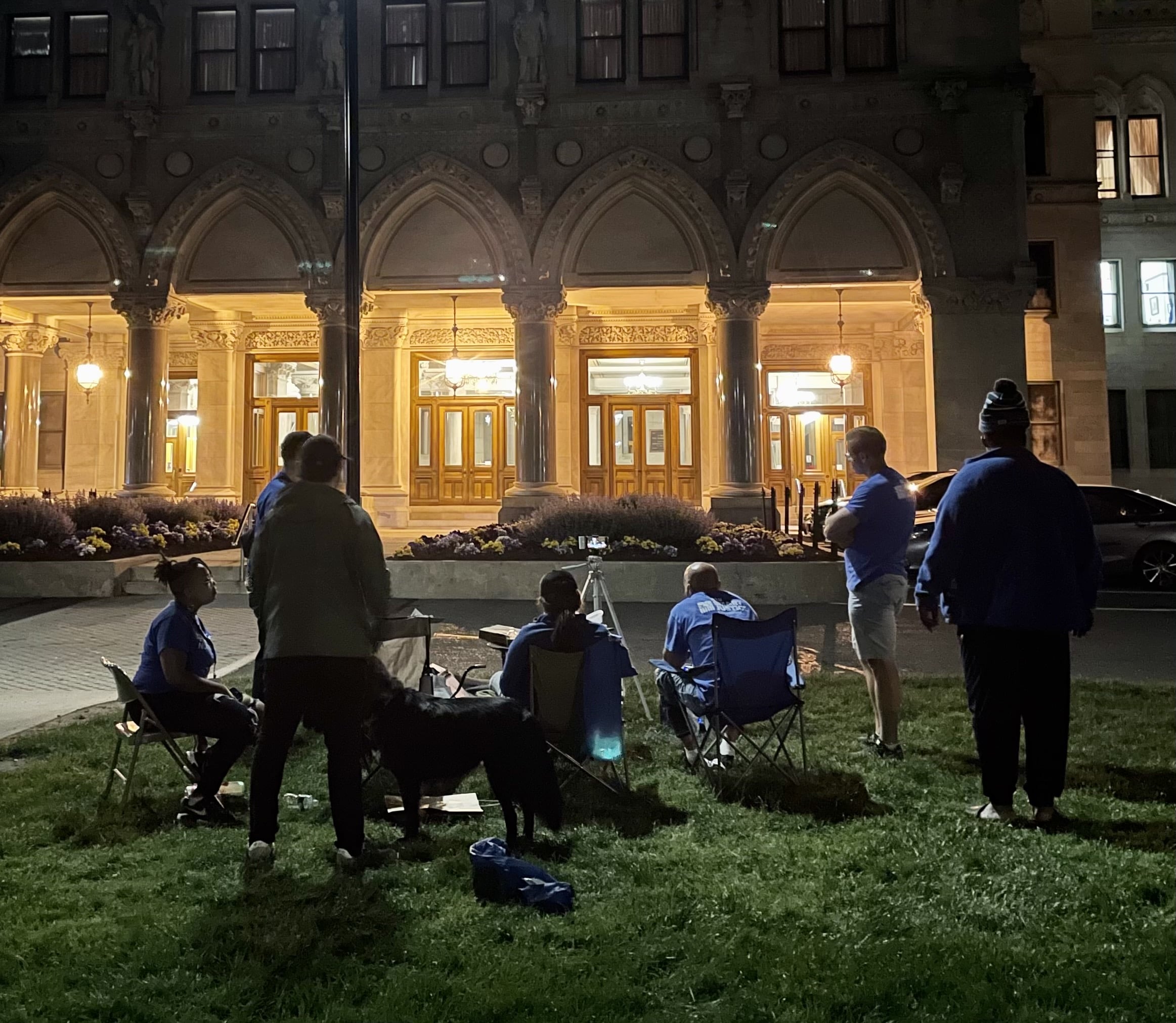 Members of the ACLU’s Smart Justice team watched the Clean Slate debate on a smartphone and listened on a speaker outside a Capitol closed to the public on May 18.

A bloc of Democrats in the House is insisting that crimes directed at children and other vulnerable victims be stricken from the list of offenses eligible for expungement in the “clean slate” bill passed by the Senate.

At an “emotional caucus” of House Democrats, it became clear that the version passed by the Senate on a 23-12 party-line vote cannot gain the necessary 76 votes for passage, House Speaker Matt Ritter, D-Hartford, said Tuesday.

Democrats have a 97-54 majority in the House, but no Republican votes are expected for the bill, as was the case in the Senate.

“There was some comment in our caucus particularly about crimes dealing with sexual assault issues in minors and some pistol permit issues,” Ritter said. “But, again, the overall intent and the main goal and thrust of the bill will be intact.”

Rather than amend the bill and return it to the Senate, Ritter said, the Senate will try to pass a second bill narrowing the measure.

The relatively unusual maneuver is prompted by the calendar: The session ends in two weeks, and the House is unwilling to devote the better part of a day to the highly politicized bill without the Senate first making the fix.

“I don’t like it,” said Sen. Gary Winfield, D-New Haven, a prime sponsor of the bill as co-chair of the Judiciary Committee. “But I’m a legislator. And I recognize that this is how things happen from time to time.”

Winfield now must find a Senate bill to amend with the fixed language.

Connecticut is one of at least four states currently targeted by a national campaign to free people of criminal records if they stay clear of further crimes for a grace period.

The bill passed by the Senate would wipe misdemeanors from a person’s record seven years after their most recent conviction. Class D or E felonies, which include crimes such as first-degree threatening, second-degree strangulation and first-degree unlawful restraint, or unclassified felonies punishable by up to a five-year prison sentence, would be wiped away after 10 years.

Family violence crimes and sexual offenses would not be eligible for automatic erasure.

The concept of “clean slate” bills has won bipartisan support in a range of states, though the version passed by the Senate was among the most aggressive — and beyond the approach proposed by Gov. Ned Lamont in the pandemic-shortened session last year.

His narrower bill would have automatically erased Class C and D misdemeanor convictions so long as a person remains conviction-free for seven years — as step one of a “multi-year effort,” where lawmakers could tinker with the policy in the future to make more crimes eligible for automatic expungement.