Gov. Ned Lamont’s criminal justice priorities for the 2020 legislative session include automating a process to clear people’s criminal records of low-level misdemeanor crimes and making it less expensive for the roughly 12,400 people incarcerated in state prisons to call their loved ones.

The automatic erasure bill, titled a “Clean Slate Initiative,” builds on measures proposed last session aimed at lowering the barriers people with criminal records face when applying to jobs or trying to secure housing. This session, Lamont’s administration will release a narrower proposal that would automatically wipe away misdemeanor C and D convictions if individuals are not convicted of another crime within seven years from the date of their original conviction.

Classes C and D misdemeanors are among the least serious ones. Eligible offenses include fraudulent use of an ATM, third-degree criminal trespassing and operating a motor vehicle with a suspended license. Automatic expungement would not apply to sexual assault or family crimes, or to any felonies.

There were 7,736 charges for class C and D misdemeanor convictions in 2019, said Marc Pelka, Lamont’s undersecretary for criminal justice policy and planning. It is unclear how many of those were part of additional criminal cases that would be ineligible for automatic erasure under Lamont’s proposal.

Pelka thinks automating the expungement of low-level convictions frees up time for the Board of Pardons and Parole to focus on examining pardons for more complex, serious crimes. He said the governor sees this as step one of a “multi-year effort,” and that lawmakers could tweak the policy in the future to make more offenses eligible for automatic expungement.

“Gov. Lamont wanted Clean Slate bill to be introduced on day one with the funding included in the proposed budget,” Pelka said, “so that it would be a priority that he, along with his administration, could throw his full weight behind for passage to the session.”

“We’re glad that Gov. Lamont is joining the conversation on providing people with a clean slate.”

The state borrows money each year to make information technology improvements in state agencies. Lamont’s administration says there will be about $2 million available in this pool in the upcoming  fiscal year to support getting the Clean Slate initiative off the ground.

The measure would also allow the Department of Emergency Services and Public Protection to waive the $75 criminal history record-search fee for people applying for pardons if they sign an affidavit that says they are indigent. And it requires the Board of Pardons and Parole to receive training on the collateral consequences of a criminal conviction. 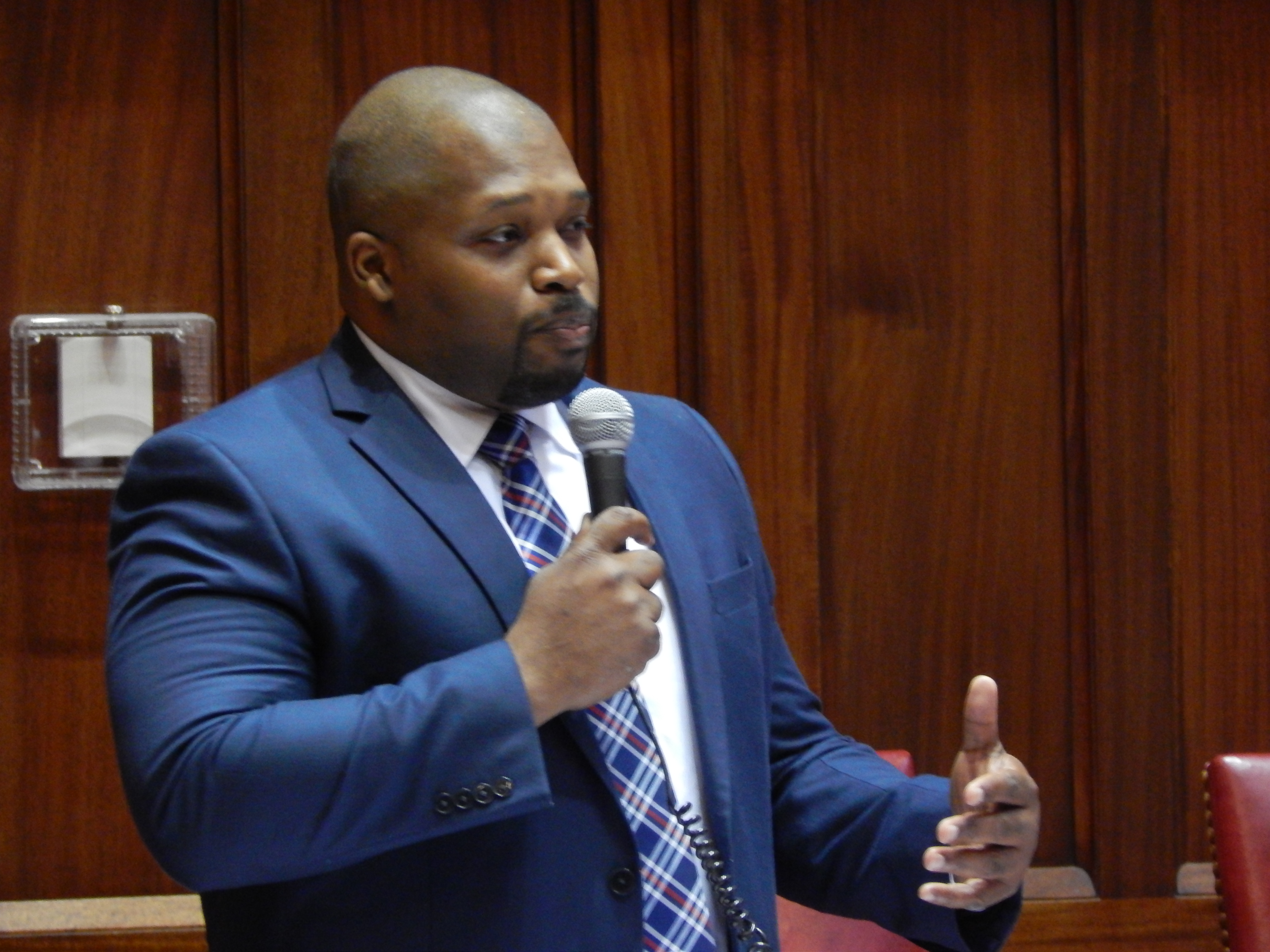 It’s possible the Judiciary Committee could come up with their own Clean Slate bill this session. Last year’s proposal would have automatically wiped away all misdemeanor, and some felony, convictions after three or five years. Sen. Gary Winfield (D-New Haven), chair of the Judiciary Committee, suggested they could raise a similar bill in 2020.

Backers of last year’s bill lauded Lamont for taking on the issue but said they were hoping to work with lawmakers to broaden the measure’s scope.

“We’re glad that Gov. Lamont is joining the conversation on providing people with a clean slate, and we look forward to a continued conversation at the legislature this session that focuses on expanding the universe of people that deserve this policy solution,” said Melvin Medina, public policy and advocacy director of the ACLU of Connecticut.

Another of Lamont’s criminal justice priorities would make it cheaper for those incarcerated in the state’s 15 prisons to make phone calls. Connecticut ranks among the most expensive states in the country for the cost of calls dialed from within its penitentiaries’ walls. A collect call costs almost $5 for a 15-minute conversation, a pricey service considering that most people in the criminal justice system live in poverty.

The legislature’s Appropriation Committee endorsed a bill last session that would have made the prison phone calls free. Lamont’s proposal doesn’t go that far. To make rates more comparable to those of other states, he suggested taking $3.5 million from the state’s general fund to support salaries of probation officers in the Judicial Branch. Around $7 million in prison phone call revenue each year goes to the Judicial Branch and administrative and operational costs of the Criminal Justice Information System. The state also provides $350,000 from this revenue to the Department of Correction to expand inmate educational services and re-entry program initiatives.

Lamont also directed the state to renegotiate the cost of the calls with Securus Technologies, a national prison telecommunications corporation that contracts with the state. Pelka said the company makes about $3 million each year from its work with the state.

“By reducing the cost of inmate phone calls people will be better able to remain connected to those positive supports that make it more likely they’ll succeed” upon release, Pelka said.

Rep. Josh Elliott (D-Hamden), the sponsor of last year’s bill, acknowledged reducing the cost of the calls could put Connecticut more in line with other states’ rates. But “we’re fighting for free,” Elliott said. “We shouldn’t be asking for individual families to pay for being able to keep in touch with themselves.”

Winfield said, though the new proposal doesn’t achieve advocates’ full goals, Lamont’s prison call proposal is a step in the right direction. “I’m not going to turn up my nose to that,” he said.