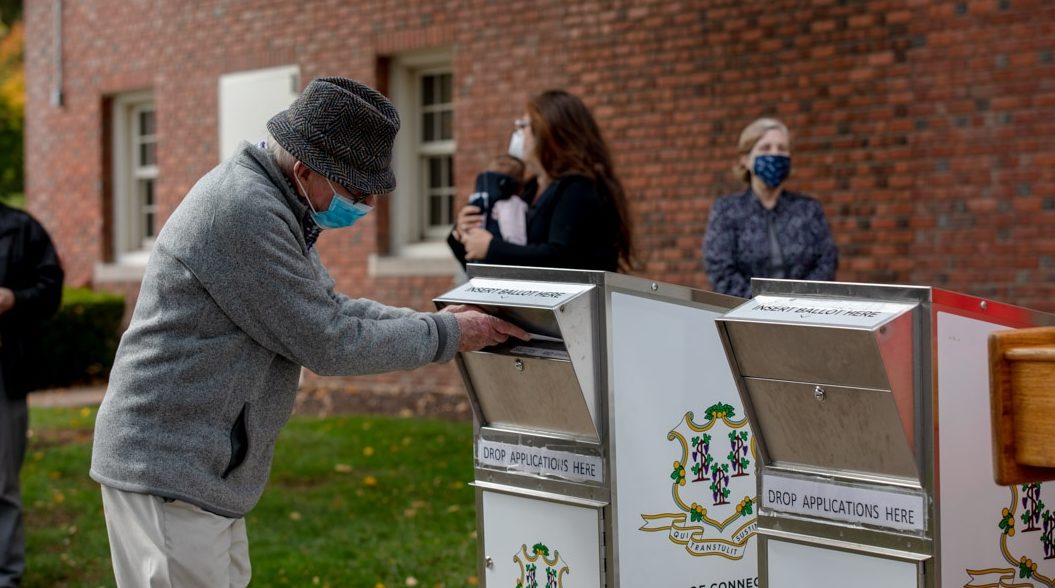 A voter casts an absentee ballot in a drop box in West Hartford last year.

The Senate voted Thursday night for final passage of a bill intended to curb pay disparities and a referendum question asking voters if the Connecticut Constitution should be amended to allow in-person early voting.

House Bill 6380 requires the disclosure of pay ranges to employees and applicants for those positions, an intended corrective to pay inequities that disadvantage women.

The vote for passage was 20-14, with all 12 Republicans and two Democrats opposed: Norm Needleman of Essex and Cathy Osten of Sprague.

The Senate also voted in favor of a referendum question asking voters if the state should amend its Constitution to allow in-person early voting.

If passed at referendum on the next statewide ballot in 2022, it will allow, not require, the General Assembly to decide in 2023 whether to offer early voting.

The House approved the question on a 115-26 three weeks ago.