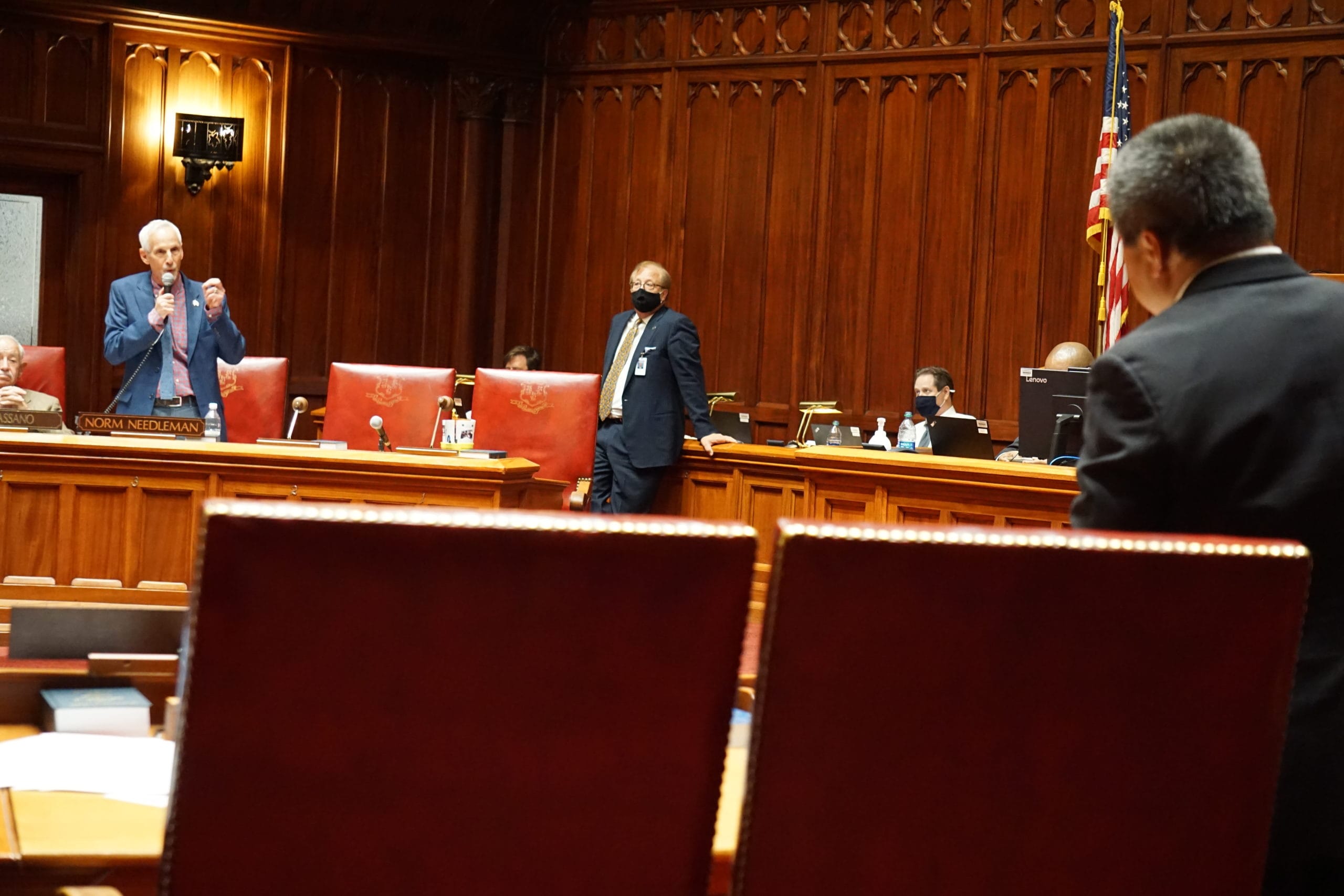 The state Senate late Thursday voted to send contentious legislation to the governor’s desk that nudges towns to loosen restrictive zoning policies that proponents say drive up housing prices, keep many affluent suburbs exclusive and Connecticut one of the most segregated states.

The legislation would require towns to allow single-family homeowners to convert parts of their dwellings or detached garages into so-called accessory dwelling units, nicknamed “granny pods,” without needing special permission from local officials — but it allows towns to vote to opt out. The bill places limits on how many parking spaces a new home or apartment must have — but also allows towns to vote to opt out. 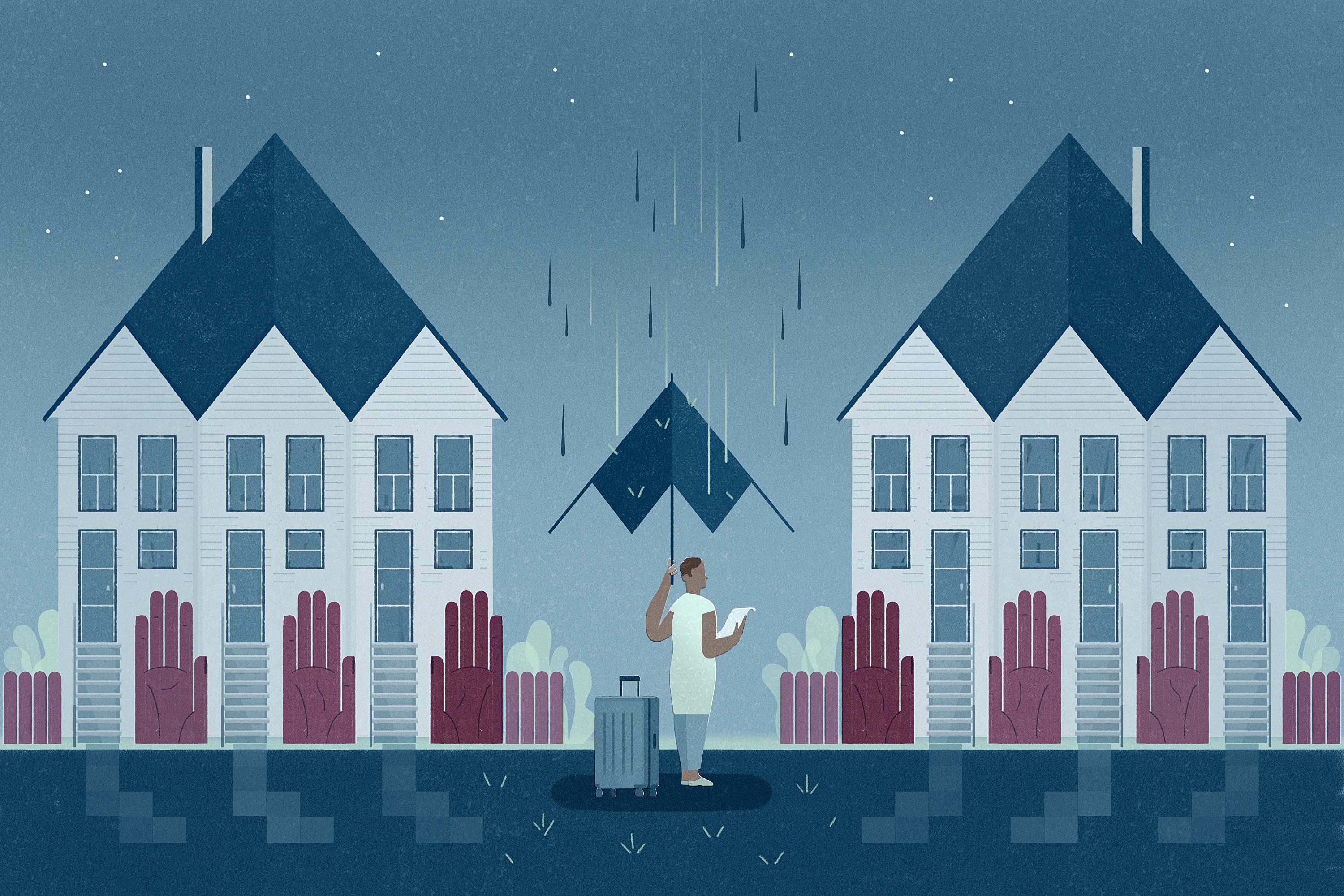 The bill also strikes current state law that requires zoning regulation to consider the “character of the district” with “physical site characteristics” that local officials must prescribe.

“The wealthy in Connecticut – forever –have always sought to insulate themselves from the rest of the state,” Senate President Pro Tem Martin Looney, D-New Haven, said on the senate floor before the vote. This bill “replaces the vague and often abused word ‘character,’ and defending regulations that are restrictive and exclusionary, as preserving the character of the town. That’s shorthand for white and wealthy. … The fact that we have so many land use decisions left exclusively to municipalities, acting to preserve the status quo and to keep change and equity outside their boundaries, creates the problems that we have seen.”

The Senate passed the bill after a four-hour debate in a 24-12 vote, with one Democrat, Sen. Joan Hartley, joining every Republican to vote against it.  The House of Representatives passed the bill in a partisan vote last week.

Approval didn’t come without huge concessions from the original legislation, debated in the Planning and Development Committee, presumably to garner enough votes from suburban Democrats.

Language was scrapped that would have required towns to allow the construction of multi-unit housing around some train stations and suburban towns’ commercial centers, as well as language that would have specified to each town how many affordable units they must allow — but would leave it up to them and a monitor to ensure it happens.

When the bill passed the house, House Majority Leader Jason Rojas, D-East Hartford, said it was “painfully incremental” because it had been scaled back so much.

Several senate democrats made similar remarks before approving it.

“There were compromises along the way,” said Sen. Norm Needleman, D-Essex, who led much of the debate for the proponents. “We’ve ended up with something that is a good start. We acknowledge there are significant equity issues in our state, and we also acknowledge that this does not solve all of the issues. But the voices out there are demanding solutions, and we have responded.”

“While I’m a bit frustrated at this bill, that it’s not as strong as it could be or should be, this vote tonight, and with the governor’s signature, is a very important step on our road to ensuring that Connecticut sheds itself from being one of the most segregated states,” said Senate Majority Leader Bob Duff, D-Norwalk.

The bold reforms initially included in the bill drew outrage from several residents and legislators who said their property rights and local control were under assault. Hundreds signed up to testify on the controversial reforms, and the public hearing lasted 24 hours.

Sen. Tony Hwang, a Republican who represents several well-off towns in Fairfield Country, led the opposition throughout the legislative session and during the Senate floor debate.

“I agree … that we need to do more, that the status quo cannot stand,” said Hwang, also the minority ranking member of the Planning and Development Committee.

Hwang said towns are forging a path toward open more affordable housing and don’t need what he characterizes as state mandates that are in the bill.

“We’re going to take away what has been a demonstrated success by communities that have been sometimes, and I believe strongly, improperly maligned and unfairly characterized, and not recognized for their great efforts and innovation.”

Other Republicans agreed that such decisions should be left to home rule and local control.

A compilation of the zoning codes in every Connecticut municipality found that most communities allow single-family homes to be built without hassle, while many well-off towns don’t allow any multi-family housing to be built or allow it in only a sliver of their town. That research — conducted by Desegregate CT and its founder Sara Bronin, a professor at UConn School of Law — also found that nearly one-third of the districts zoned to allow single-family homes still require minimum square feet, several in excess of 2,000 square feet, despite a decades-old Supreme Court ruling prohibiting such practices.

Bronin and her coalition welcomed the Senate passage.

“We are united in the hope that communities across the state will be one step closer to the Connecticut we all deserve,” she said. 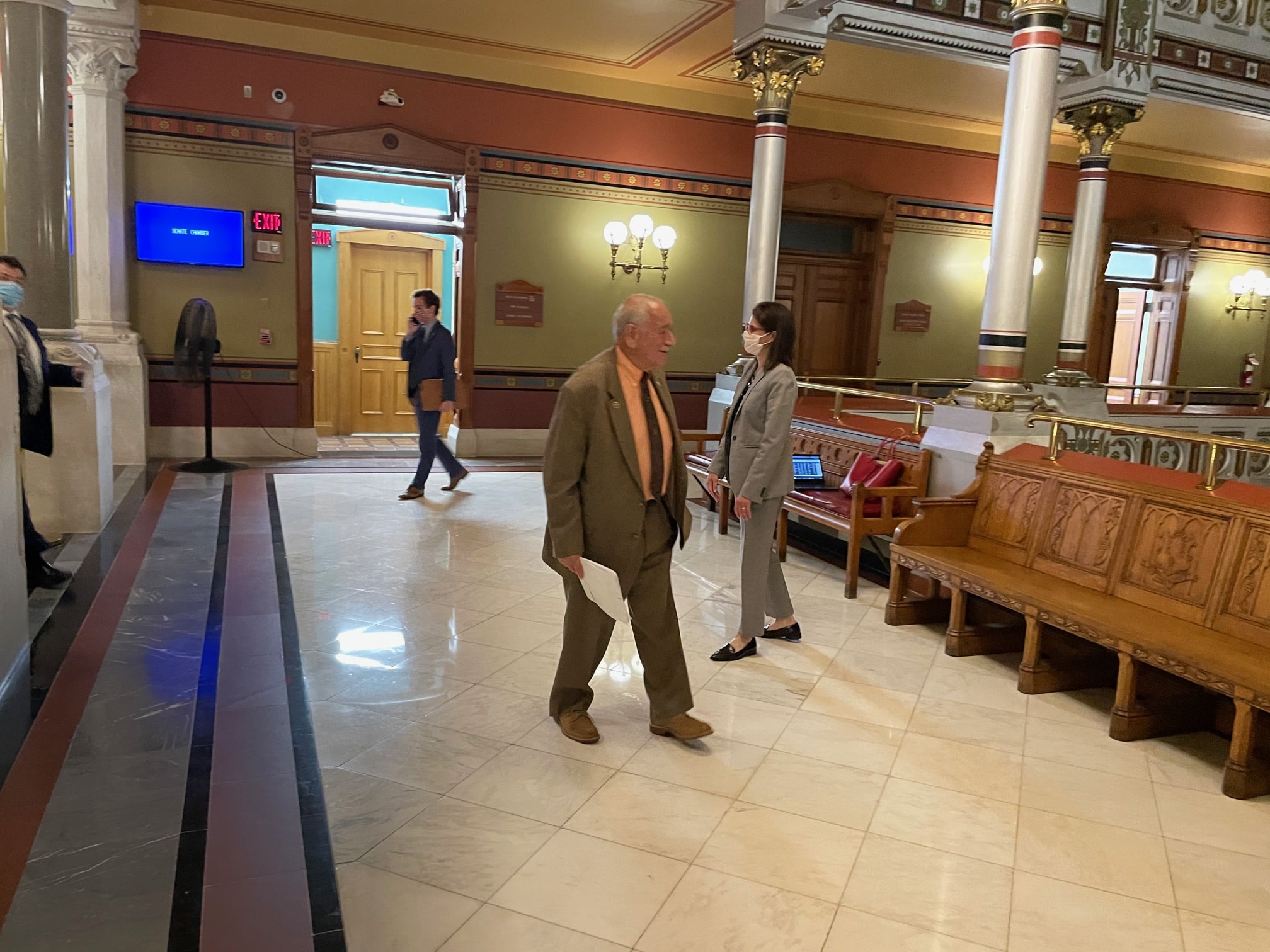 The senate and housing chairmen of the Planning and Development committee congratulate each other on sending the zoning reform bill to the governor’s desk.