Bill would have to pass House and Senate before session ends 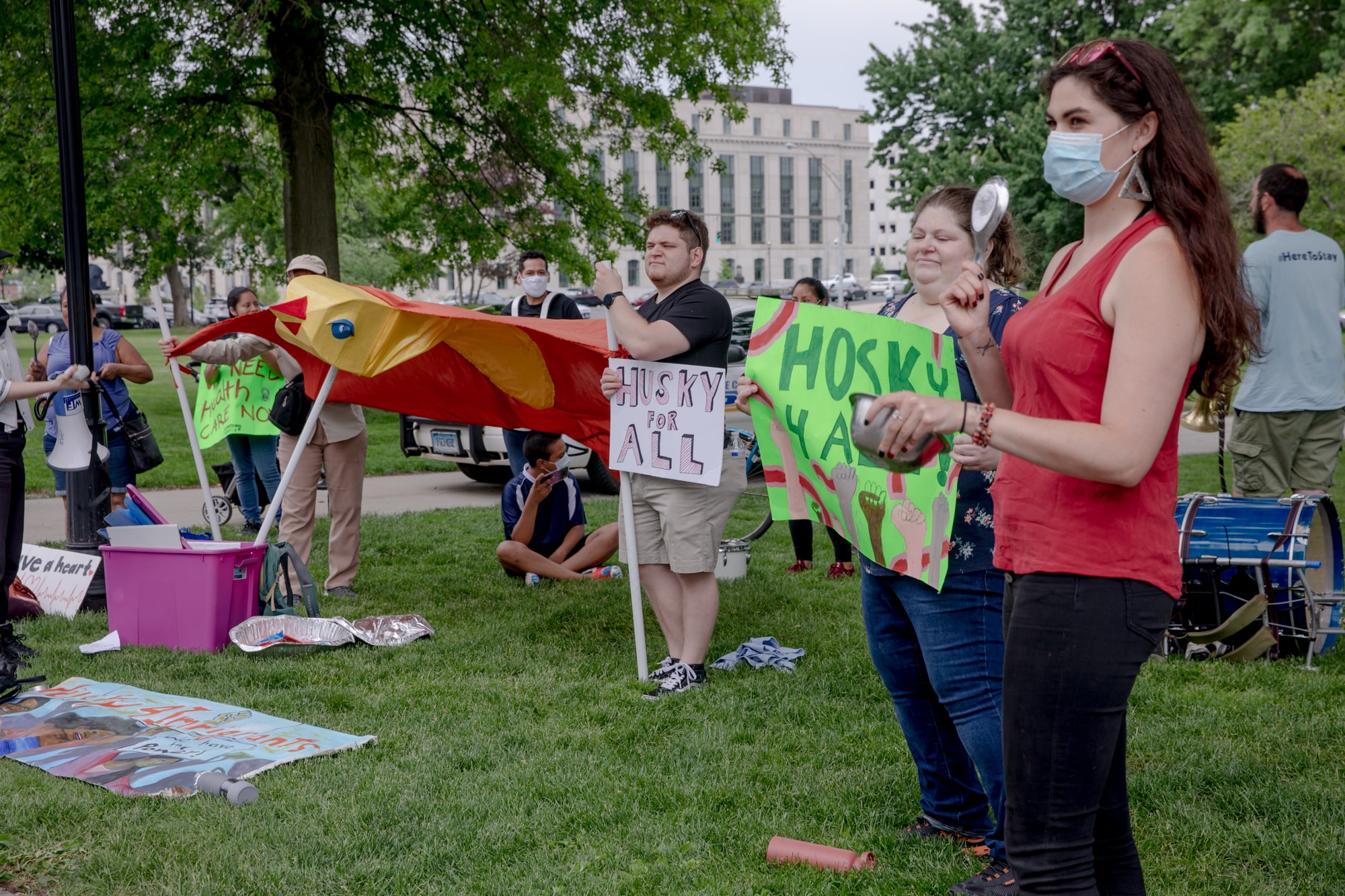 Legislators are making a last-minute push to expand Medicaid, known as HUSKY in Connecticut, to undocumented children, a priority that Democrats have been pressing for in recent years.

Under a bill released Monday, just two days before the 2021 regular session ends, children eight and younger – regardless of their immigration status – would qualify for HUSKY coverage if their household earns up to 323% of the federal poverty level. The eligible income level depends upon the number of people in the household. The qualifying limit for a household of one is $41,603; it is $14,664 more for each additional member, so the limit for a household of four would be $85,595 and for a household of six would be $114,923.

The state Office of Fiscal Analysis estimated that about 1,900 children would be eligible for the coverage, with a cost to the state of about $700,000 the first year and $4.1 million the second year as more people join the plan.

“The idea that children in our state should have health insurance is, frankly, a moral issue. It is the right thing to do,” said Sen. Matthew Lesser, D-Middletown, an author of the bill. “We are a compassionate state that values the lives and the health and safety of children.”

The bill also directs the Department of Social Services to develop four-year plans to extend HUSKY to children ages nine to 18, regardless of immigration status, and to adults whose household income does not exceed 200% of the federal poverty level (who do not qualify for medical assistance because of their household earnings).

A previous proposal raised in 2019 to open the HUSKY program to undocumented children up to age 18 died because the expansion would have cost $53 million – an amount that lawmakers felt was too high at the time. With renewed enthusiasm this year, they noted that the move would save the state money, because many undocumented children get health care at the emergency room and the cost of uncompensated care is high.

“These children are living in our state, their parents are contributing to our state, regardless of how they came to be here,” said Rep. Sean Scanlon, D-Guilford, a key proponent. “We should be treating those children from a humanitarian perspective to make sure they get access to health care in a way that’s not through an emergency room or a free care clinic when they get really, really sick.”

The bill would also extend prenatal care through HUSKY to women in households earning between 196% and 318% of the federal poverty level. That coverage would start on April 1, 2022 and cost the state $500,000 during the first year and $2.8 million in the second year. As many as 1,400 women would qualify.

In addition, the measure would provide up to a year of postnatal care through HUSKY for women whose households do not exceed 263% of the federal poverty level. That would also open coverage to about 1,400 women and cost the state $750,000 in the first year and $5 million during the second year.

The measure is expected to come up for a vote in the House on Tuesday and must still win approval in the Senate before the legislature adjourns Wednesday at midnight.

“This endeavor has been many years in the making – and has now been realized by a graduated process where younger children … [would] be eligible for the broad array of health care services and access afforded to all of Connecticut’s children,” said Jay Sicklick, deputy director of the Center for Children’s Advocacy, which for years has encouraged the expansion. “We are hopeful that this process will continue over the next four years so that all children under 18 will eventually be covered and that the legislature and the administration will work together to provide the necessary funding to make this critically important program a reality.”

Subsidies on the health insurance exchange

Democratic lawmakers had also been pressing to expand HUSKY A, the state’s Medicaid-funded health insurance program for children and parents from low-income households and pregnant women. Under a plan released this spring, the qualifying limit would rise from 160% to 175% of the federal poverty level, extending coverage to another 8,000 people.

But Gov. Ned Lamont’s administration suggested a counter proposal: using the funding to instead create additional subsidies on the state’s insurance exchange, Access Health CT, that would cover premiums and deductibles for about 40,000 residents. The state will also pursue a 1115 Medicaid waiver to help those people access “wraparound” services, such as dental coverage, medical transport and other care provided under the Medicaid program.

People whose household income is at or below 175% of the federal poverty level would be eligible for the subsidies.

Legislators said Monday that they have reached an agreement to adopt Lamont’s proposal instead of the HUSKY A expansion in the state budget that is expected to be voted on in the coming days.