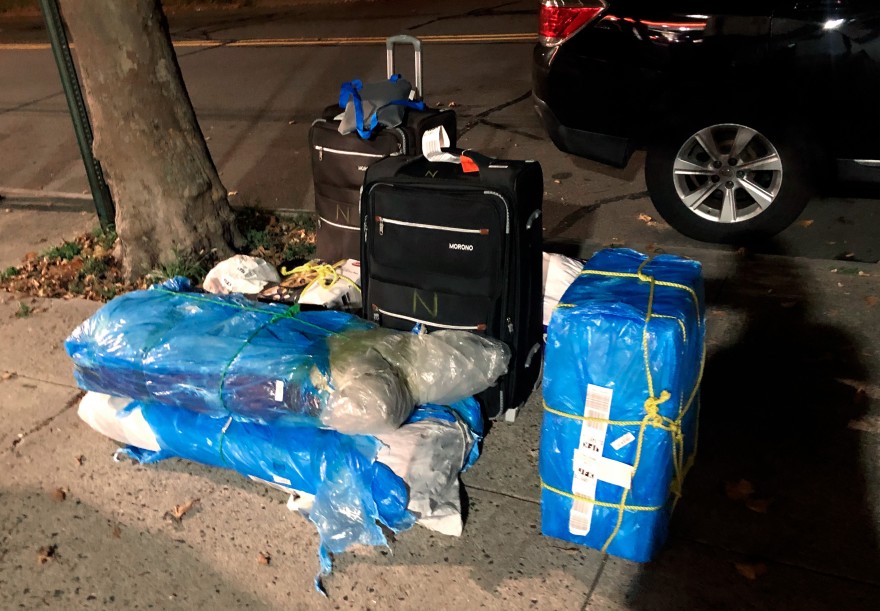 The Afghan refugees traveling for more than a day arrived with luggage, plastic wrapped packages and pans — the small amount of personal belongings they were able to gather before leaving their native country behind.

Late on Monday night, two cars filled with luggage and seven tired travelers pulled up in front of the New Haven headquarters of Integrated Refugee and Immigrant Services, or IRIS.

Under the dim lights of a nearby gas station, the travelers stepped out of the cars in groups. First, a petite woman with two small boys. As the youngest boy embraced his mother, the other stood behind her checkered dress carrying a large laptop bag. Out of the second car emerged the woman’s husband and their two older children. All exhausted after more than 30 hours of travel from Kabul, Afghanistan, to Qatar to the United States.

The family is among thousands of Afghan refugees fleeing Kabul amid the Taliban’s takeover. And they were accompanied to New Haven by a solo traveler from Kandahar, Afghanistan’s second-largest city.

Wearing a checkered summer scarf and a welcoming demeanor, the man, Noorullah, took his first steps on Connecticut soil.

“I am happy. I’m feeling well. My life is safe,” Noorullah said. “I appreciate the government give me the chance to come inside America.”

Noorullah, who asked to be identified by only his first name due to security concerns, said they had boarded one of the last commercial flights out of Kabul on Sunday morning — the same day Taliban fighters swept into the city, putting an end to the Afghan government and spreading panic among civilians.

Unlike many left in Afghanistan, Noorullah was able to travel thanks to his U.S. Special Immigration Visa (SIV) granted to him earlier this year. He applied for it in 2017. Around three years is the average wait time for an SIV approval, but as many find themselves in Noorullah’s situation hoping for a way out, refugee organizations are calling on the U.S. to speed up the process. There are more than 18,000 applications in the pipeline, according to the International Rescue Committee.

While Noorullah said he’s grateful for the opportunity, he worries about his family — parents and siblings — left behind. He recalled his last phone conversation with his father at the airport in Afghanistan.

Noorullah said his father asked him about the videos and images that surfaced of Afghans converging on the Kabul airport looking for a way to flee the country. Noorullah said he didn’t witness any of that as he boarded the plane to his new future, but he understands the panic.

“All of Afghanistan is going down. The Taliban has taken over Kabul. [It’s a] big problem for our family. I cannot do nothing for my family,” Noorullah said.

Noorullah and the family of refugees were welcomed by a small group from IRIS, the organization in charge of their resettlement in the U.S. IRIS is one of over 200 federally approved agencies across the country working to help refugees establish their new lives.

The organization expects to welcome up to 400 Afghan refugees in the next year, said Chris George, the executive director of IRIS. 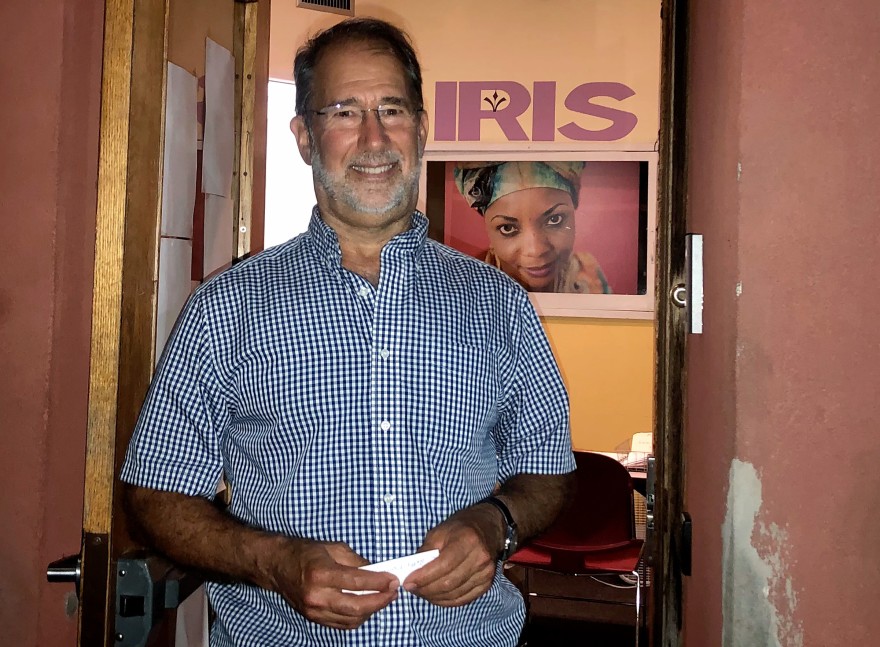 Chris George, the executive director of Integrated Refugee and Immigrant Services, outside the entrance to the New Haven headquarters on Monday, Aug. 16, 2021.

IRIS had only a 24-hour notice of this group’s arrival on Monday, so the organization couldn’t prepare permanent housing arrangements on the spot. But usually that’s a top priority, as George points out how important stable lodging is.

“Refugees need to have their own place. They need to begin to get control of their lives again,” George said.

Through the organization’s reception and placement program, staff and volunteers will also help refugees enroll children in school, learn English, access job assessments and navigate their new community from bus routes to the best groceries.

“Like anyone, a refugee, especially with a family, wants what all of us want: safety, freedom and a place where their children can grow up and have opportunities,” George said. “These are things we take for granted, but they mean everything to refugees.”

As the organization preps for an influx, George said housing is the bigger concern as Connecticut’s housing supply remains low and rent prices are on an uptick. The housing market is tighter than George has seen over the last 16 years of helping newcomers resettle. Ideal housing for refugees is not only fairly priced so that someone working a minimum wage job could afford it, George noted, but also near public transportation and grocery stores.

Donations made to IRIS will be used to supplement rent prices at first, but that can only last so long, he said.

“We would hate for the cost of living in Connecticut to price out refugee resettlement,” said George, who called on the state to institute a “Welcome to Connecticut” rent stipend to support refugees during their first year living here.

“We also love to put them in neighborhoods where they’re going to be welcomed. Because we feel that’s important for a family that has fled a civil war and is looking for safety and friendship,” George said.

For now, the family of six will be squeezing into an apartment with a cousin, her husband and their five children.

And Noorullah will be staying with a friend of a friend. As the friend came to drive Noorullah to his new arrangements, he talked about his own experience with IRIS.

He was in Noorullah’s shoes in 2016 when he also arrived in New Haven, unaware of what lay ahead, but he said IRIS took him under its wing. The friend, who asked to remain unidentified because of safety concerns, said the organization was like a family.

“They really help us, like my mother and father,” he said.