One thing Lamont and Looney can agree on: Help for the working poor 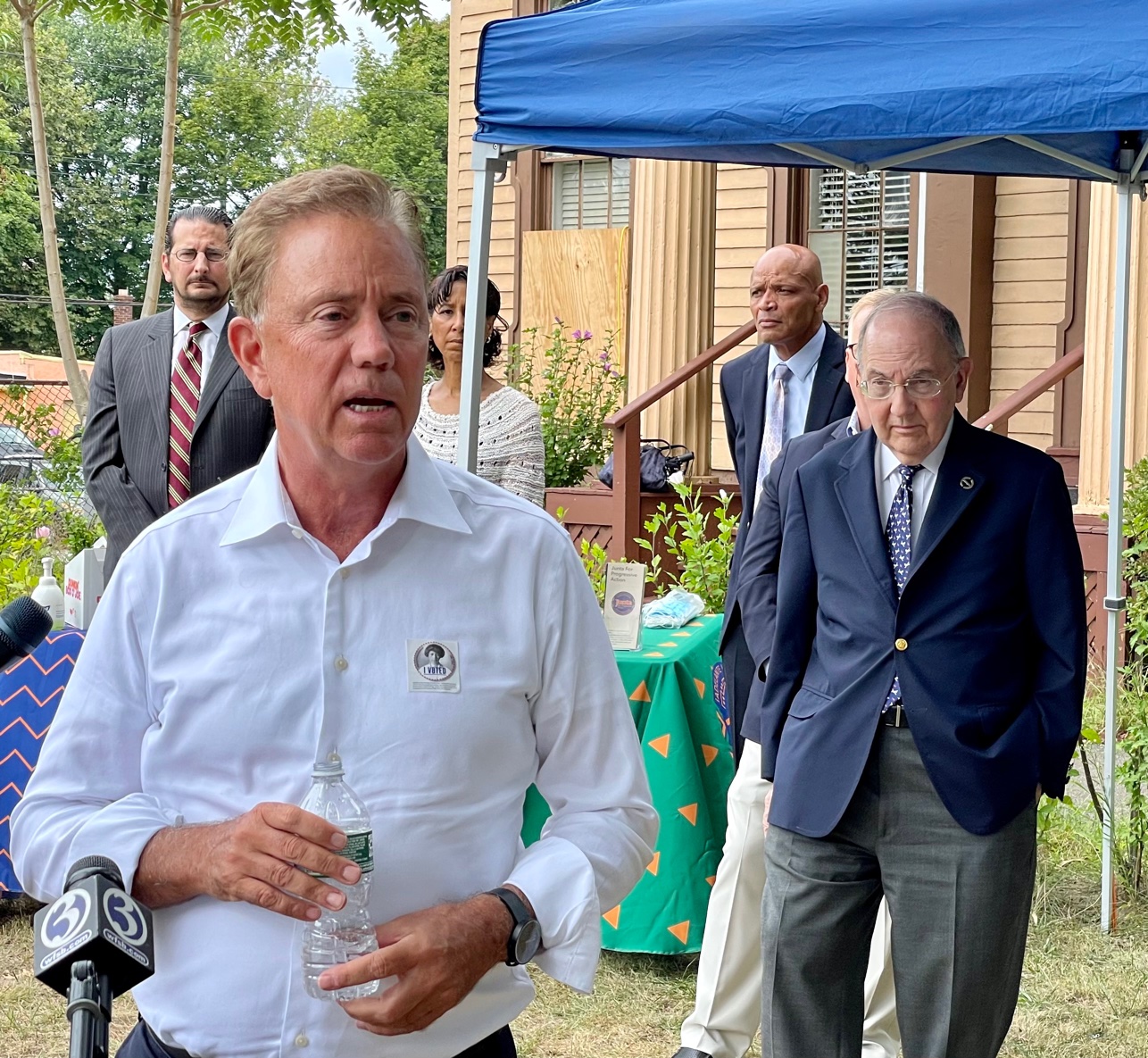 Unable to agree on a progressive plan to shift major state tax burdens from the middle class to the wealthy, Gov. Ned Lamont and legislators settled this year on a modest break for Connecticut’s working poor: an expansion of the earned income tax credit.

Connecticut isn’t alone. Ten states either created or enhanced an earned income tax credit this year, and Delaware and the District of Columbia are weighing proposed improvements, according to a new analysis from the Center on Budget and Policy Priorities.

It is a refundable credit, meaning it provides cash to eligible taxpayers, as opposed to reducing a tax burden. And the concept was slow to come to Connecticut, despite the advocacy of Senate President Pro Tem Martin M. Looney, D-New Haven. An initial version was created in 2011, the year Gov. Dannel P. Malloy took office as the first Democratic governor in two decades.

“We were the last state in our region that had a state income tax to institute the EITC,” Looney said. “And that was because Gov. [John G.] Rowland and Gov. [M. Jodi] Rell had opposed it ever since I first introduced it in about the year 2000. And their argument was that it’s a refundable credit. It’s a windfall for people. It shows you how little they understood.”

In the Northeast, New Jersey extended its credit to about 90,000 taxpayers without children. Maryland boosted its credit to 45% of the federal EITC and expanded eligibility to include immigrants without a Social Security number.

Lamont, a Democrat facing re-election next year, has a solid, if limited, record on key progressive labor issues: While scuffling with the left on details, Lamont has supported and signed into law a bill creating a paid family and medical leave program and another raising a $10.10 minimum wage in increments, hitting $13 this month, $14 next year and $15 in two years.

But he has positioned himself as a centrist on tax policy, stopping the Democratic legislature from increasing the top income-tax rates. On Tuesday, he was joined in New Haven by Looney, an ardent liberal who variously has been the governor’s sparring partner and ally, in publicizing the EITC expansion.

A tax incidence study due early next year is certain to fuel a renewed election-year debate over tax equity in Connecticut, but in a news conference on the lawn of Junta for Progressive Action, a community group that serves poorer Latino neighborhoods of New Haven, they took turns publicizing the reach of the expanded EITC and each other’s role in passage.

Looney said the Democratic governor was central to the higher minimum wage and expanded tax credit, a tandem that together offers significant help to the working poor.

“I think that Gov. Lamont, in embracing it this year, showed what it means to have a commitment to Democratic principles,” Looney said.

“Sen. Looney’s been a champion for earned income tax credit from the very beginning. Every time, he was in my office, reminding me how important it is. And we’re 100% aligned on this,” Lamont said. “One thing I just thought early on is: I want work to pay.”

Lamont said research data is clear: “Numerous studies have shown that this tax credit is one of the best anti-poverty tools we can use, because it encourages work, boosts economic stability and uplifts generations to come.”

Connecticut’s credit increases this tax year — involving returns to be filed in early 2022 — from 23% to 30.5% of the federal EITC. That means an extra $34.1 million annually, or about $176 each for the roughly 194,000 eligible households, according to the legislature’s nonpartisan Office of Fiscal Analysis.

To qualify for the state credit, a filer must be eligible to receive the federal EITC. According to the IRS, examples of current income eligibility limits for the federal EITC include $53,330 for a couple with two children, $41,756 for a single parent with one child, and $15,820 for a single person with no children.

A credit against the state income tax, Connecticut’s EITC was launched in 2011 at 30% of the federal tax break but then was almost immediately scaled back to 27%. And over the past decade, as governors and legislatures struggled with numerous budget deficits, the credit was whittled down to 23%.

Looney and other progressive lawmakers had envisioned a much broader tax initiative, both in terms of dollars involved and the financial spectrum of households involved.

The legislature’s Finance, Revenue and Bonding Committee had recommended a progressive plan to reset the state EITC at 40% of the federal credit. This would have sent more than $180 million per year to working poor households, almost $930 per family.

The panel also had hoped to give low- and middle-income households $600 per child — up to a maximum of $1,800 — off of their state income taxes through a new child credit. This would cost Connecticut about $300 million per year, according to nonpartisan analysts.

Lamont blocked this, however, arguing it was unclear whether the state could afford this relief once federal pandemic relief expires in 2024.

The finance panel had endorsed two different state income tax surcharges on households making more than $500,000 per year, which progressives said would ensure Connecticut could maintain tax relief programs for low- and middle-income households. It also recommended a new media ads tax on online digital giants like Google and Facebook.

But Lamont also blocked these measures, arguing that tax hikes would hinder Connecticut’s economic recovery from the coronavirus and increases aimed solely at the wealthy could prompt them to flee the state. His view has not changed.

On Tuesday, the governor said he favored progressivity in the federal tax code and President Joe Biden’ support for relief targeted at the poor and working poor.

“It doesn’t put Connecticut at a disadvantage compared to, you know, Massachusetts, or Rhode Island or Pennsylvania, allows us to make sure we take care of people with the greatest needs, make sure we are there to support them, and that, I think is what we need to do,” Lamont said.