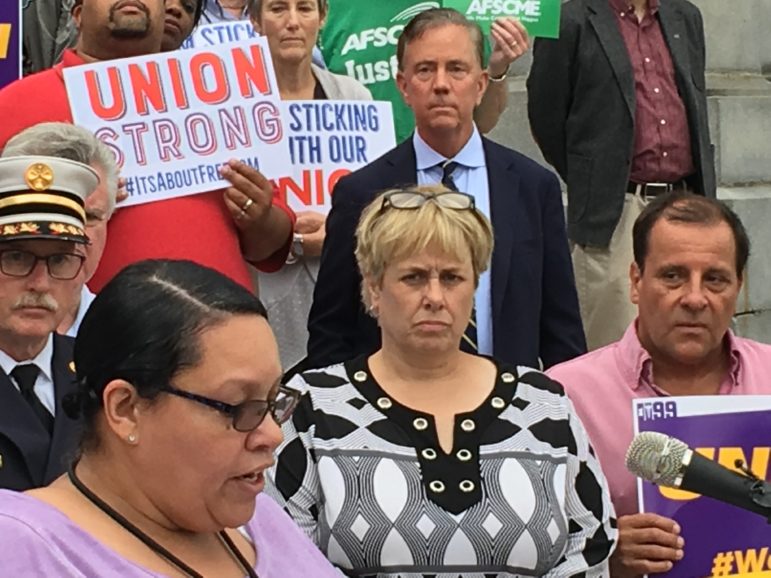 While hefty overtime costs have been plaguing state government for more than a decade, the coronavirus didn’t hinder Gov. Ned Lamont’s administration from keeping a lid on this budget problem.

But while the administration cites its continuing efforts to improve efficiency and streamline services, employee unions say a key underlying issue of understaffing remains unresolved.

Overtime costs rose just $5 million, or 2.2%, in the fiscal year that ended June 30, finishing at slightly less than $240 million, according to the legislature’s nonpartisan Office of Fiscal Analysis.

While the pandemic, at times, blocked residents from fully utilizing all service agency programs, government and the public “certainly benefited from strong and effective management and use and deployment of new technological resources and access,” said Melissa McCaw, Lamont’s budget director, who added her office “will continue to work with our agencies to meet staffing needs and manage overtime use where possible.”

In the context of last year’s $20 billion general fund, the $239.9 million spent on overtime represented just over 1%, and the $5 million increase in OT costs amounted to a rounding error.

The pandemic did take a toll in some areas, such as the Department of Correction, where OT costs leapt upward by 16% last fiscal year, approaching $92 million. The Department of Emergency Services and Public Protection, which includes the state police, saw overtime costs rise from $27 million to $32.1 million over the past fiscal year.

But OT expenses for key social service agencies including the departments of Mental Health & Addiction Services, Developmental Services, and Children & Families — all over-time hot-spots in recent years — declined in 2020-21.

During Lamont’s first full budget year in office, which ran from July 2019 through June 2020, nonpartisan analysts say overtime increased just 0.2% — despite that period covering the first four months of the pandemic.

But the last OT peak reflected, at least partially, a decision by Malloy and the General Assembly during their eight years working together to attack salary costs in a different way. Specifically, they dramatically shrank the Executive Branch workforce by almost 10% between 2011 and 2018 when sluggish recovery from the 2007-09 recession, coupled with surging pension costs tied to decades of poor savings habits, was placing a massive strain on finances.

After approving major tax hikes — in 2011 and again in 2015 — to close big deficits, Malloy and his fellow Democrats in the legislature’s majority pressed for all possible options to avoid a third big increase.

In 2018-19, the fiscal year when Malloy passed the governor’s office onto Lamont, general fund spending on all wages — regular pay and overtime — stood at $2.43 billion.

That’s $133 million less than they were in mid-2009, just before the Great Recession plunged state finances deep into debt — and 18 months before Malloy took office.

And if 2009 wage costs are adjusted for inflation, according to the U.S. Bureau of Labor Statistics’ inflation calculator, the drop over that decade was nearly 21%.

Lamont hopes to shrink the workforce even more — and improve services through technology while cutting labor costs.

The governor hopes to take advantage of a surge of state employee retirements predicted to occur in 2022 and 2023. As many as 8,000 workers could be eligible to retire by mid-2022 alone.

In a report last March, the Boston Consulting Group identified as much as $900 million in potential annual savings annually — to be achieved potentially over many years.

But labor unions have argued for years that Connecticut actually is under-staffed in many agencies. And even while the surge in overtime costs that preceded the Lamont administration has slowed, that doesn’t mean there’s a glut of workers.

“We would caution the administration against using the latest overtime analysis as a reason to further downsize the state workforce and peddle public services to private corporations,” said Jody Barr, Executive Director of Council 4 of the American Federation of State County and Municipal Employees. The largest bargaining unit in state government, Council 4 represents about 14,000 state employees.

“If the COVID-19 pandemic demonstrated anything, it’s that we need more dedicated public servants to meet the critical needs of Connecticut residents,” Barr added. “To argue otherwise is misguided and dangerous.”

The State Employees Bargaining Agents Coalition added that “We know firsthand that the state is dramatically understaffed and if overtime is down, the end result is still that more vital services that people need aren’t being performed. State workers are at the heart of public services and we must ensure that each agency is properly funded and staffed so that none of these calls for vital services go unanswered.”