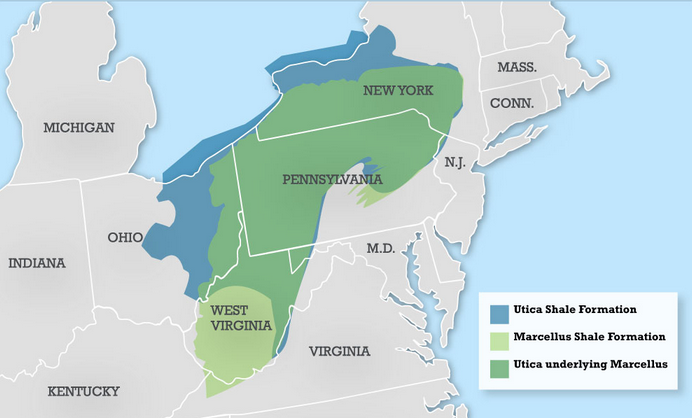 The Senate endorsed legislation Monday that imposes a three-year moratorium in Connecticut on the disposal of waste generated by hydraulic fracturing or “fracking,” a method of extracting natural gas that has opened some Northeastern states to a new energy boom.

The bill was placed on the Senate’s consent calendar for formal adoption later Monday night. It will then go to the House.

The moratorium, which would run until July 1, 2017, is a bipartisan alternative to a permanent ban sought by environmentalists concerned that waste generated from fracking in Pennsylvania and, eventually, New York could reach Connecticut.

No producer of natural gas is currently trying to dispose of fracking waste in Connecticut, and it’s unclear when or if it would become commercially viable to do so. The waste is primarily liquids, whose exact content is considered to be a proprietary secret by some drillers.

New York is considering lifting its ban on fracking, which could make it more likely that waste or byproducts – some waste loaded with salts have been used as road de-icers – could be shipped to Connecticut, legislators said.

The moratorium would allow time for the state Department of Energy and Environmental Protection to research the materials used in hydraulic fracturing and develop regulations, Meyer said.

Fracking has allowed the extraction of natural gas from the Marcellus and Utica shale deposits that stretch from West Virginia through Pennsylvania, Ohio and western New York.

The bill was subjected to an extended debate generated by a GOP slowdown in legislative business that had nothing to do with fracking. At 8:24 p.m., after more than five hours of debate, it was placed without objection on the Senate’s consent calendar.