Another 7,000 Connecticut residents signed up for plans through the exchange but are no longer covered because they didn’t pay their premiums.

Open enrollment for private insurance plans sold by the exchange ended March 31, but people who qualify can still sign up for Medicaid, and so far, 149,013 people have.

Access Health officials provided an update on the exchange’s activities and enrollment data to the exchange board Thursday morning. Here are some of the highlights:

That’s down from a high of more than 6,000 calls per day in late March, toward the end of the insurance open enrollment period, but still a lot of calls. Access Health’s Chief Operating Officer Peter Van Loon said about half the calls are about applications, including many related to Medicaid.

Deputy Insurance Commissioner Anne Melissa Dowling, whose department also takes calls about exchange issues, said the types of calls her agency is getting is heartening. Early on, many people called because their insurance payments hadn’t been processed or they hadn’t gotten their insurance cards yet. Now more people are calling to get help understanding how to use their coverage – calls Dowling summarized as “What did I just buy?” That includes questions about how deductibles work and other plan features.

When the open enrollment period started in October, more than 60 percent of customers were 45 and older. Older residents still make up the majority of the exchange’s insurance customers, but the share of customers under 35 is up, while the share of people 55 and older went down. 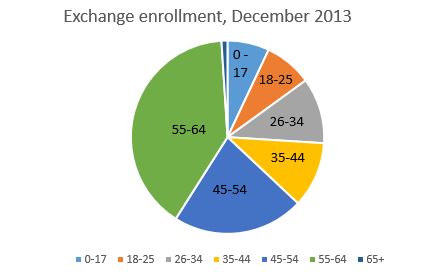 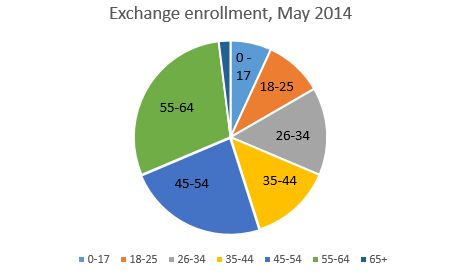 The exchange is launching a mobile app for people to sign up for coverage.

Chief Information Officer James Wadleigh said the app is meant to reach millennials, as well as people who don’t have computers but own smartphones. The app, which is expected to be available by the end of next week, allows people to shop anonymously, compare plans and get quotes, and sign up for coverage. People can use the app to submit documents through a smartphone.

Wadleigh said Connecticut’s exchange would be the first to have an app. Because Access Health owns the source code used to develop it, the exchange could sell it to other states.

During the open enrollment period for this year’s coverage, more than 20 percent of customers signed up on smartphones or tablets, using the regular Access Health website.

For most of the open enrollment period, Anthem Blue Cross and Blue Shield, the state’s largest insurer, dominated the market. But ConnectiCare picked up more customers toward the end of the sign-up period.

Anthem struggled in January to process members’ payments and send out insurance ID cards, which might have led new customers to consider another option.

Newcomer HealthyCT has 3 percent of the exchange’s customers. 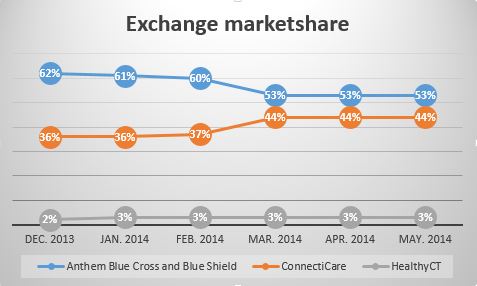