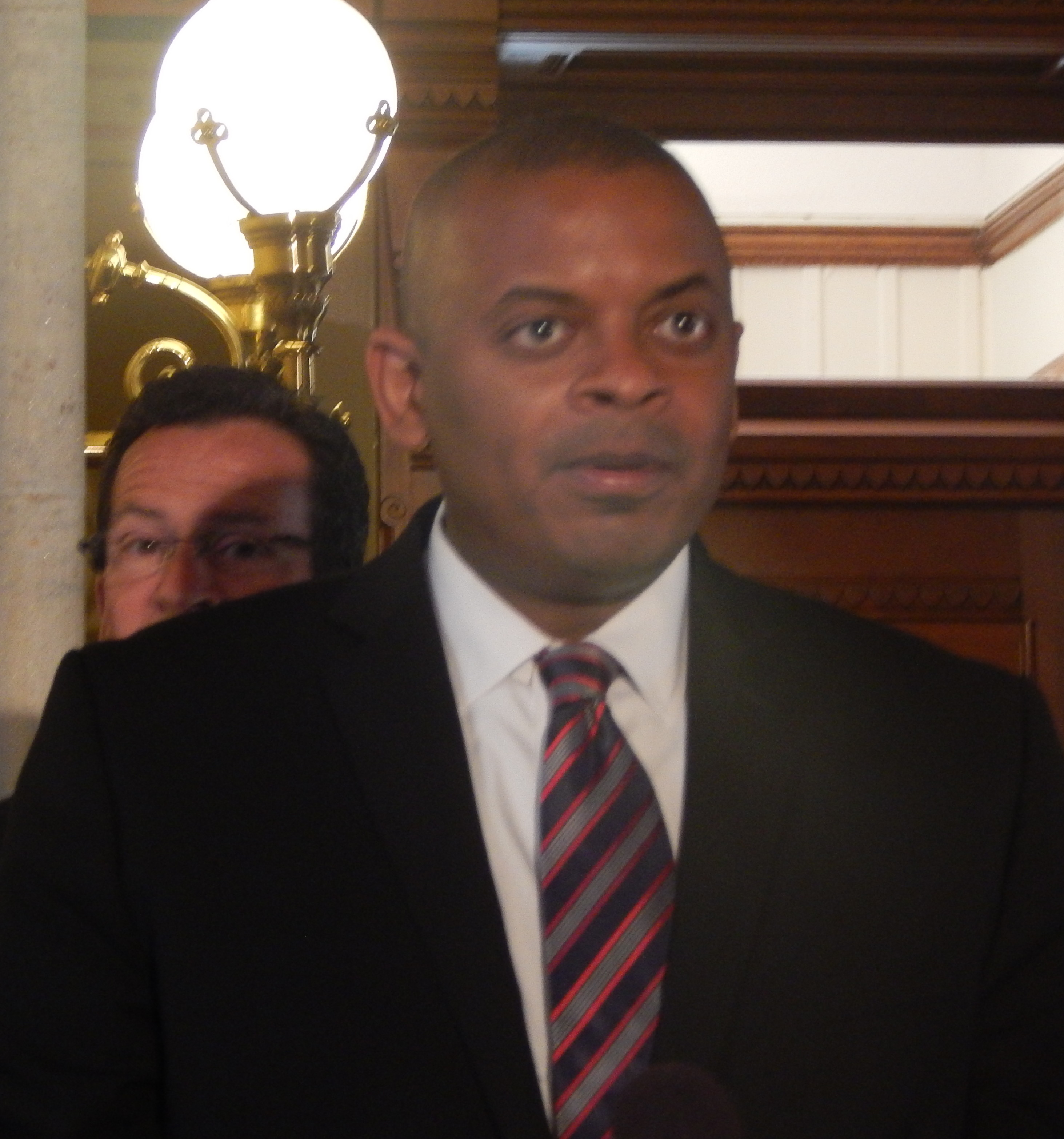 After meeting with U.S. Transportation Secretary Anthony Foxx and Connecticut’s congressional delegation, Malloy said he fears political gridlock could eat away at the state’s construction job base.

“If we don’t get out to bid” before the federal fiscal year begins on Oct. 1, “then we lose 12 months” for dozens of projects, Malloy told reporters following the meeting.

President Obama’s administration has struggled to build support in the Republican-controlled U.S. House of Representatives for his proposed, $302 billion infrastructure bill.

Besides replenishing the federal Highway Trust Fund – which is at risk of insolvency later this summer – the measure also would provide additional funding for transportation and telecommunications projects.

Connecticut has 85 projects scheduled to get underway in the next federal fiscal year. The governor said the state Department of Transportation wants to solicit bids for that work in mid-August.

It can cope with a delay of up to 45 days. But by October, project schedules will have to be adjusted – with some delayed as much as a year – absent reliable federal funding, the governor said.

The Obama administration’s plan, if the highway trust becomes insolvent, is to end the regular system of processing reimbursements daily to states for approved project expenses, Foxx said.

Instead, pro-rated payments would be issued just twice monthly from the trust to preserve a limiting source of funding for as long as possible.

“Everyone’s going to get a fair share of a smaller pie,” Foxx said, adding that – at least initially – payments for all projects would be reduced an estimated 28 percent absent a funding bill this fall.

The transportation secretary added that three-quarters of Connecticut’s roads are rated in mediocre or poor condition. A political standoff in Congress “is not something you can afford,” he said.

U.S. Sen. Richard Blumenthal compared the battle to the gridlock last winter over the nation’s debt ceiling, adding that more than 700,000 construction jobs nationally are supported by highway trust funding.

“The nation is about to go over a cliff – in highway funding,” he said. “It will cost us jobs.”

The highway trust gets most of its funds from the 18.4 cents-per-gallon federal highway tax.

Both parties have been reluctant to raise taxes in an election year. Other proposals to fund more transportation projects, including closing corporate tax loopholes and allowing more tolls on interstates, also have failed to win broad support.