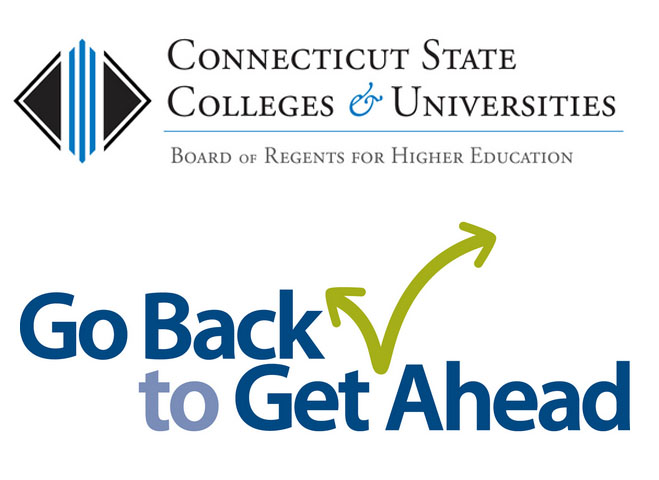 The University of Connecticut surpassed an enrollment benchmark this fall for its main campus in Storrs. But while a new 10-year initiative to expand math and science programs helped increase enrollment on the Stamford branch campus right away, it didn’t reach the first-year target set by UConn administrators.

The Board of Regents for Higher Education also estimates that while enrollment will increase this fall in the state’s merged public college and university system, it likely won’t hit the goal of 1,200-to-1,500 new students set for a new incentive program launched this summer.

Leaders of the General Assembly’s Higher Education Committee said Wednesday they remain very optimistic about both programs, they expressed some caution about the Regents’ “Go Back to Get Ahead” program.

That’s because officials are counting on tuition fees tied to this program to help balance the merged college and university system’s budget.

As for the surging UConn enrollment in Storrs and Stamford, “We definitely see them as good numbers,” UConn spokesman Tom Breen said this week.

The university secured legislative approval in 2013 for Next Generation Connecticut, an ambitious 10-year, $1.5 billion expansion plan to develop UConn into a pre-eminent research university and innovation hub.

UConn officials had predicted that Next Gen, which will dramatically expand science, engineering and math programs, would help lift freshmen enrollment on the Storrs campus this fall by 450 students above Fall 2012 levels. According to new numbers released by the university last week, the Fall 2014 class surpassed enrollment from two years ago by 486.

But UConn officials also estimated that Next Gen would help spark a 200-student bump in enrollment at the Stamford branch, also compared with Fall 2012 levels. Instead it rose by 83 students.

State Sen. Stephen T. Cassano, D-Manchester, co-chairman of the Higher Education Committee, said “it’s really too early to evaluate the overall impact of Next Gen in one year,” adding that “I’m still a big believer in [Next Gen] helping UConn become a world-class university.”

Next Gen is designed to increase annual enrollment throughout the entire university by 6,600 students 10 years from now and Breen said “we’re confident we will meet that projection.”

He noted that the Board of Trustees recently approved plans for new housing to accommodate Next Gen on both campuses, with dorms scheduled to open in 2016 and 2017.

Rep. Roberta Willis, D-Salisbury, the committee’s other co-chairwoman, agreed, adding that a new housing option is crucial to enhancing the Stamford branch’s attractiveness to new students.

“Students want that experience of living on campus,” she said.

Willis added she is more concerned about the Regents’ system, which includes the four state universities, 12 community colleges, and the online Charter Oak State College.

The “Go Back” program was marketed aggressively this summer to encourage students who had been away from college for at least 18 months to come back by offering some free courses.

The board is counting on enrollment throughout the merged system to grow by about 3,000 students, with 1,200 to 1,500 coming this fall.

Charter Oak President Ed Klonoski, who oversees the “Go Back” program, reported to the board recently that as of Aug. 15 over 3,300 students have been referred to colleges, with 558 enrolled – a 17 percent conversion rate.

But Klonoski quickly added in a memo to the regents that “the conversion rate is fluid” and “only a couple of weeks ago it was 10 percent.”

Klonoski also noted that about 650 returning students were ineligible for the “Go Back” program this fall because they hadn’t been away from college for at least 18 months. Many of those students may be eligible next semester and enroll then,

And regents’ system spokesman Mike Kozlowski noted that Charter Oak State College has flexible enrollment options in the fall, with another surge anticipated as late as Oct. 1.

Still, Klonoski projected the 1,200-1,500 enrollment benchmark for this fall would not be reached.

Willis said that’s a concern, since the system’s $1.1 billion budget for this fiscal year needs $7.6 million in projected tuition and fee revenues from new students to remain in balance.

“If they don’t hit that benchmark, they’ve got red ink,” she said, adding it is crucial that regents’ system officials warn legislators early if they believe the spring semester enrollment also will fall short of projections.

The regents are scheduled to discuss the “Go Back” program with the legislature’s Higher Education and Appropriations committees at 10:30 Thursday morning.