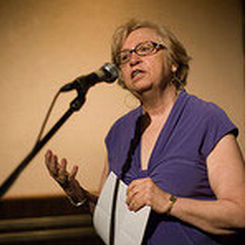 Donna Parson, who organized grass-roots efforts that helped stop construction of an interstate highway, pass a bottle deposit bill and elect progressives in Connecticut to Congress and the General Assembly, died Tuesday after heart surgery at Mt. Sinai Hospital in New York. She was 73.

She was a longtime activist whose career was intertwined with that of her friend, Miles S. Rapoport. She succeed Rapoport as the executive director of the Connecticut Citizen Action Group in 1984, when Rapoport was elected to the General Assembly. She worked for him after his election as secretary of the state in 1994 and managed his unsuccessful run for Congress in 1998.

Parson followed him to Washington, D.C., after he became the president of Common Cause in early 2014. She previously worked with him at Demos, a New York-based policy center.

In a tribute on the Common Cause web site, Rapoport called her “an integral and indispensable part of every team I have been a part of since 1980. Her deep commitment to justice and democracy, combined with superb organizing instincts and exceptional emotional intelligence were an extraordinary contribution. I will miss her every day.”

Parson was a young mother living in rural Connecticut in the 1970s when she organized opposition to plans to extend I-84 from East Hartford through the eastern half of the state to Providence, crossing through sensitive watersheds and aquifers.

A short section built through Manchester and into Bolton now carries the designation of I-384, and the section of highway running from East Hartford to the Massachusetts Turnpike, originally designated as I-86, was re-numbered as I-84. But the route through eastern Connecticut was abandoned.

Parson also managed a successful congressional campaign for Sam Gejdenson, the liberal Democrat who represented the 2nd Congressional District of eastern Connecticut from 1981 until 2001.

She is is survived by two daughters, Joanna Parson of New York City and Jennifer Parson of San Francisco. Her husband, John Parson, died in 1997. No funeral is planned, but a memorial service will be scheduled.