Editor’s note: Once a month The Mirror will answer five questions about a key element of the state budget process. Labeled “5 Things,” our aim is to de-mystify the arcane language and process that shroud the way the state government chooses to spend taxpayers’ money. Today’s story will look at so-called “consensus revenue estimates,” which the state uses to project how much money it expects to have coming into its treasury.

1) What are ‘Consensus Revenues?’

Three times each year the governor’s budget staff and the legislature’s nonpartisan fiscal analysts must agree on how much money is headed into the state’s coffers. They look at all sources, including taxes, fees, casino and lottery receipts, and federal grants. The next report is due Jan. 15. 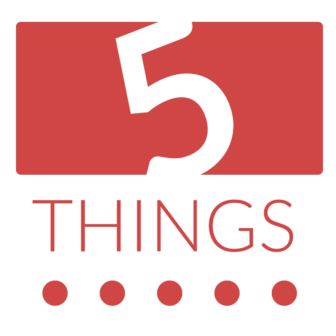 If legislative analysts and the governor’s staff can’t agree on how much money the state can expect to receive in any given year, the matter is referred to the state comptroller. This has never happened in the law’s six-year history. If it ever does, though, the comptroller’s revenue estimate must fall somewhere between the two competing projections.

3) Why is the January 15 report so important?

The report due Jan. 15 is crucial because governors must use the consensus numbers in their annual budget proposal, which is due about three weeks later. For example, Gov. Dannel P. Malloy can’t assume the sales tax will raise more money than the consensus report projects – unless he is willing to propose raising the sales tax rate. The “consensus revenues” statute makes it harder for governors to submit a budget that actually is unbalanced. 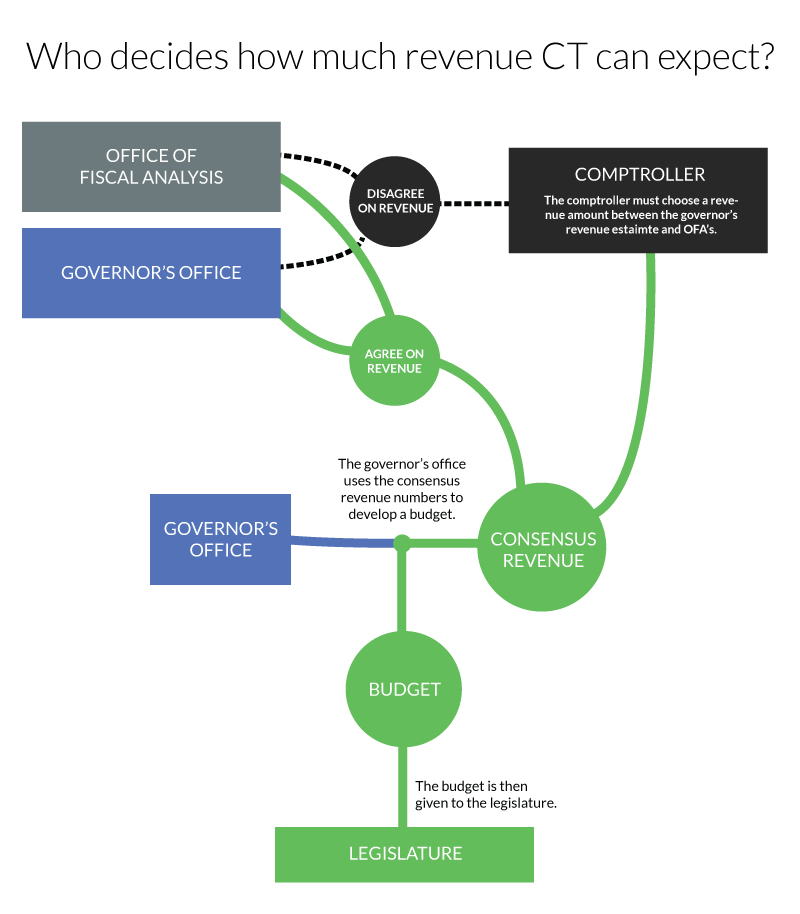 4) Has any governor been extremely optimistic about revenue?

Yes. The “consensus revenue” law was adopted solely in response to Gov. M. Jodi Rell’s February 2009 budget proposal. Rell, a Republican, had infuriated the Democrat-controlled legislature by proposing a budget for the next two fiscal years that was a whopping $2.6 billion out of balance – more than 7 percent – according to nonpartisan analysts. This enabled Rell to fulfill her legal requirement to propose a balanced budget while not having to ask for hefty tax hikes or deep spending cuts as the state sank into a deep recession. After the legislature overrode her veto to pass the “consensus revenue” law, the administration acknowledged most of $2.6 billion in extra revenue likely would not be achieved.

Gov. M. Jodi Rell’s last two biennial budget proposals
In February 2007, when the economy was strong, the revenues Rell anticipated to balance her two-year budget proposal virtually matched those of nonpartisan analysts. But in February 2009, as Connecticut and the nation plunged into The Great Recession, Rell proposed a budget that assumed billions of dollars more in revenues than nonpartisan analysts anticipated.
*All dollars in millions

5) Does banning one gimmick promote others?

Some critics argue that governors and legislatures have often taken an overly rosy view of future tax receipts to avoid making tough budget decisions – though not to the same degree that the Rell administration did in 2009. And if the ability to fudge likely revenues is not available, officials may turn to more costly gimmicks to avoid tougher decisions. For example, Malloy and the legislature took almost $200 million in debt payments out of the 2013 and 2014 state budgets – before the last election. Those dollars still must be paid, plus about another $45 million, starting next year.

The governor, who has pledged not to raise taxes to close a $1.3 billion deficit in the 2015-16 fiscal year, hasn’t ruled out more refinancing in his next plan.