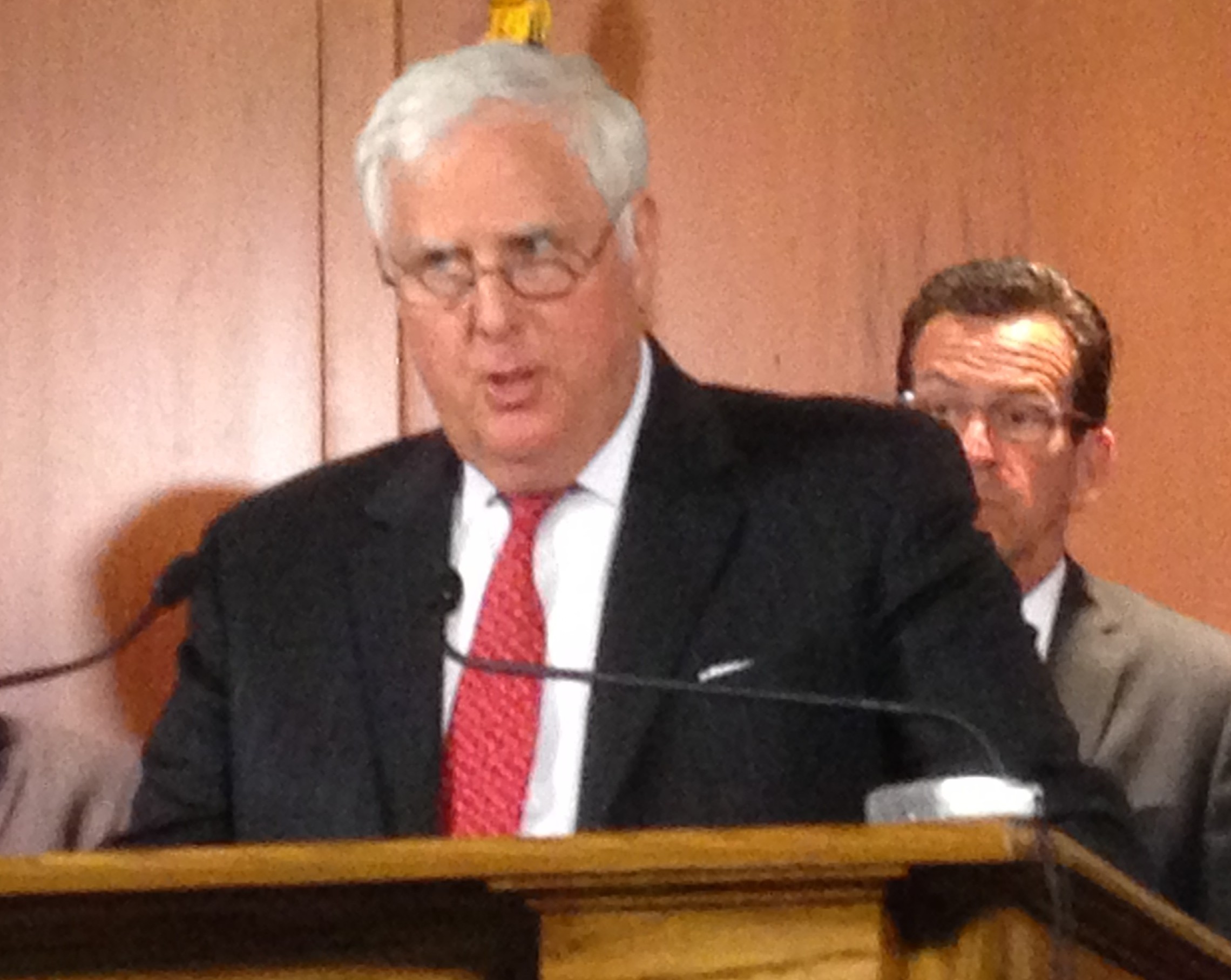 The chairman of the Public Utilities Regulatory Authority said Tuesday that he and his colleagues saw no reason to accept Gov. Dannel P. Malloy’s public invitation to resign over the question of whether the authority was sufficiently independent and adequately staffed under the Malloy administration.

Arthur H. House, a Malloy appointee whose term runs through June 30, 2016, met late Monday afternoon with Mark Ojakian, the governor’s chief of staff, to discuss the authority’s request for structural changes, including independence from the Department of Energy and Environmental Protection.

Hours earlier, an obviously annoyed Malloy told reporters that he sees no need to remove the regulators from DEEP, add staff or change its statutory authority — but if House or his two fellow commissioners disagreed they were free to resign.

“As far as we’re concerned, this issue is resolved,” Ojakian said Tuesday. “I think the governor made his position clear. If people want to continue to go in that direction, I think his offer still stands.”

House said he and the authority’s other two commissioners, Jack Betkoski and Michael Caron, made clear in an unusual 19-page year-end memo sent to Ojakian on Dec. 29 — and the subject of press reports Monday — that they were making suggestions to the administration, not demands.

“That’s why we wrote in the report that we’re on the governor’s team, following his lead,” House said.

None sees a reason to resign, he said.

In the memo, the commissioners gave mixed reviews to the administration’s reorganization and merger of the regulatory authority with the former Department of Environmental Protection, noting that its staff fell from about 15o as the old Department of Public Utilities Control to about 60 as the new Public Utilities Regulatory Authority.

“PURA’s starting lineup is capable of outstanding work, but it lacks bench strength,” they wrote.

They asked for a revision to the Freedom of Information Act, noting that the commissioners now are legally barred from discussing rate cases and other matters unless they are at a public meeting.

“The inability of commissioners to deliberate current business is impractical and wrong in theory,” they wrote. “The Authority decides complex legal, economic and technical matters that impact every household in the state.”

They said that creating “a policy unit with energy and environmental scope was a positive step,” but placing the regulatory authority within DEEP, which is a party to its proceedings, was an unnecessary conflict.

Malloy did not respond point-by-point to the memo at a press conference Monday. Instead, he accused the commissioners of being interested in building an empire.

“I’m not in agreement with it. I’ve been in government for a long time. I’m used to people wanting to have their own empire. I don’t believe that that’s what’s necessary,” Malloy said. Then he sharply added, “And if any of the commissioners find that objectionable, they can always act on it.”

If that wasn’t clear enough, Malloy clarified: “They could resign.”

Bernie Sanders quit Wednesday, but he still wants Connecticut to hold a primary in the midst of a pandemic.

The firing of Navy Capt. Brett Crozier has focused attention on how the Pentagon is handling the coronavirus crisis.