Washington – Sens. Richard Blumenthal and Chris Murphy  invited dozens of Connecticut local officials, business executives and heads of non-profit agencies to the U.S. Capitol on Tuesday for a day of accessing the sometimes puzzling ways of Washington.

“Connecticut in the Capitol” was an event begun by former Sen. Chris Dodd, but discontinued after he left office – until Tuesday.

About 100 visitors from the state are attending a two-day a series of panels, moderated by Connecticut lawmakers, on hot-button issues of health care, transportation, immigration and Wall Street reform.

“I sense there’s a disconnect between Washington and everyone else,” Murphy said.

That disconnect was the subject of talk by Chuck Todd, moderator of NBC’s “Meet the Press” who tried to explain the partisan divisions that led to gridlock in Washington.

“The [political parties’] base is dominating the debate and you are being punished for compromise,” Todd said.

In his grim assessment, Todd said Congress only reacts to crisis. “Transportation funds will come only when bridges fall in the water,” he said, only half-jokingly.

Still, Cheryl Chandler of the Connecticut Council on Problem Gaming, said a panel that included former Connecticut health exchange CEO Kevin Counihan, who now runs the federal exchanges, on the future of the Affordable Care Act made her feel hopeful about the future of mental health services.

“Their optimism is good to hear,” she said.

The conference was attended by representatives of Connecticut’s largest industries, including United Technologies, hospitals and other non-profits and local officials like Groton Mayor Marian Galbraith.

Galbraith said she came to Washington to determine how to best take advantage of situations where the federal agenda “meshes” with her local agenda.

“Almost everything that happens here impacts us locally,” she said. 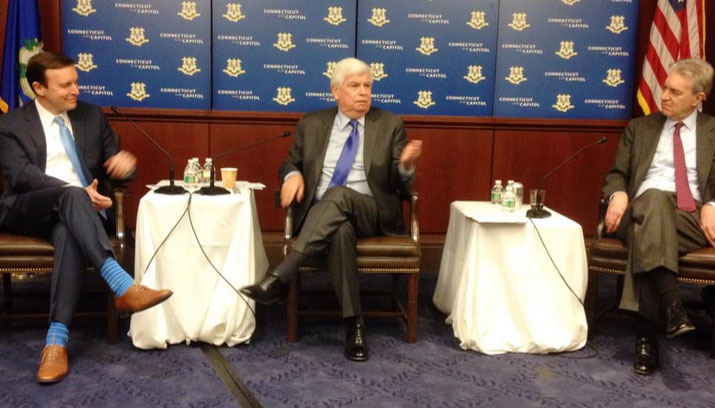