3 will be interviewed to become state’s next education chief

Three candidates vying to become the state’s next education commissioner are set to be interviewed by Gov. Dannel P. Malloy.

These three educators — selected by members of the State Board of Education — all have a long background in education, something the state’s teachers’ unions have been pushing for.

The candidates include Frances Rabinowitz, the interim superintendent of Bridgeport, who has a long history of running public schools in Connecticut, including Hamden public schools.

Another candidate is Nate Quesnel, who has been the superintendent of East Hartford public schools for nearly three years and principal of a middle school in that district for three years before that.

The third candidate is Alan Ingram, who has been the deputy commissioner of the Massachusettes Department of Elementary and Secondary Education for the last three years. A retired sergeant from the U.S. Air Force, he was the superintendent of Springfield public schools for four years.

Almost two dozen candidates applied to become Connecticut’s next education commissioner. The job announcement sought applicants with a long background and an advanced degree in education — qualifications the last commissioner, Stefan Pryor, did not have and which one of the state’s teachers’ unions called for during the last campaign. 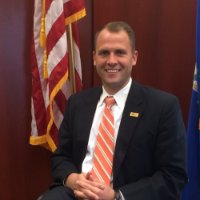 Pryor had a law degree, a background in economic development and experience opening a charter school. The relationship between teachers and the administration of Gov. Dannel P. Malloy fractured in 2012 after Malloy and Pryor proposed several controversial initiatives to change teacher evaluations, tenure and collective bargaining in the lowest-performing schools.