Malloy ‘getting close’ to talking dollars on transportation vision 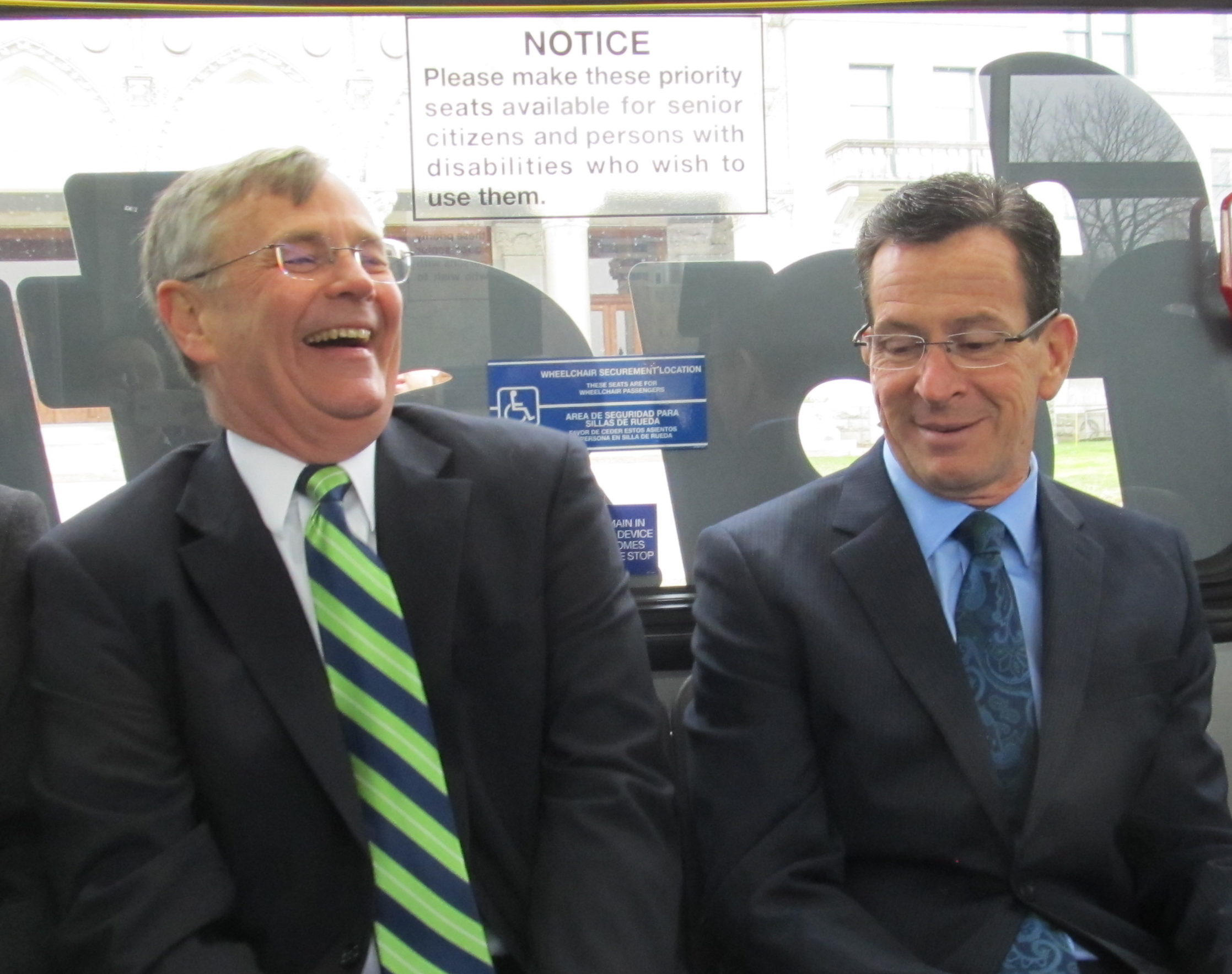 Gov. Dannel P. Malloy and Transportation Commissioner James Redeker share a laugh at the start of a CT fastrak tour. How to fund transportation was not the source of their amusement.

Gov. Dannel P. Malloy is not coming home from a White House transportation confab with the billions he needs to begin implementing his 30-year vision for rebuilding Connecticut’s aging transportation infrastructure.

Nor is he is ready to publicly say how he thinks that the state, which is struggling with the more immediate question of how to simply balance next year’s budget, should pay to maintain and possibly improve highways and mass transit.

But he’s getting closer.

In a conference call from Washington, Malloy said Wednesday he believes there is a consensus for Connecticut to undertake a massive, long-range program to invest in transportation.

“At some point, we’re going to have to move to the discussion of how to pay for it,” Malloy said.

Malloy said that time is fast approaching, but he gave no hint as to what those funding sources might be or whether he would take the lead in outlining a funding plan.

“I continue to be agnostic,” he said.

He warned that even if Connecticut, which presently has no tolls on its highways or bridges, pursued them, it would be only a partial solution.

“This is going to be multiple revenue sources, and that discussion needs to be had. I think we’re getting close,” Malloy said.

One critical source, the federal highway trust fund, is running out of money, and legislation to fund it is caught in Congressional gridlock. But Malloy said he is hoping a $478 billion surface transportation bill will eventually pass.

Malloy said alternative funding sources, such as partnerships with pension funds, were explained at the White House forum.

Malloy said he and his economic development commissioner, Catherine Smith, met with several companies considering locating or expanding in Connecticut. He declined to name them.

About 9.4% of the mortgages held by homeowners in the state were delinquent at the end of June.