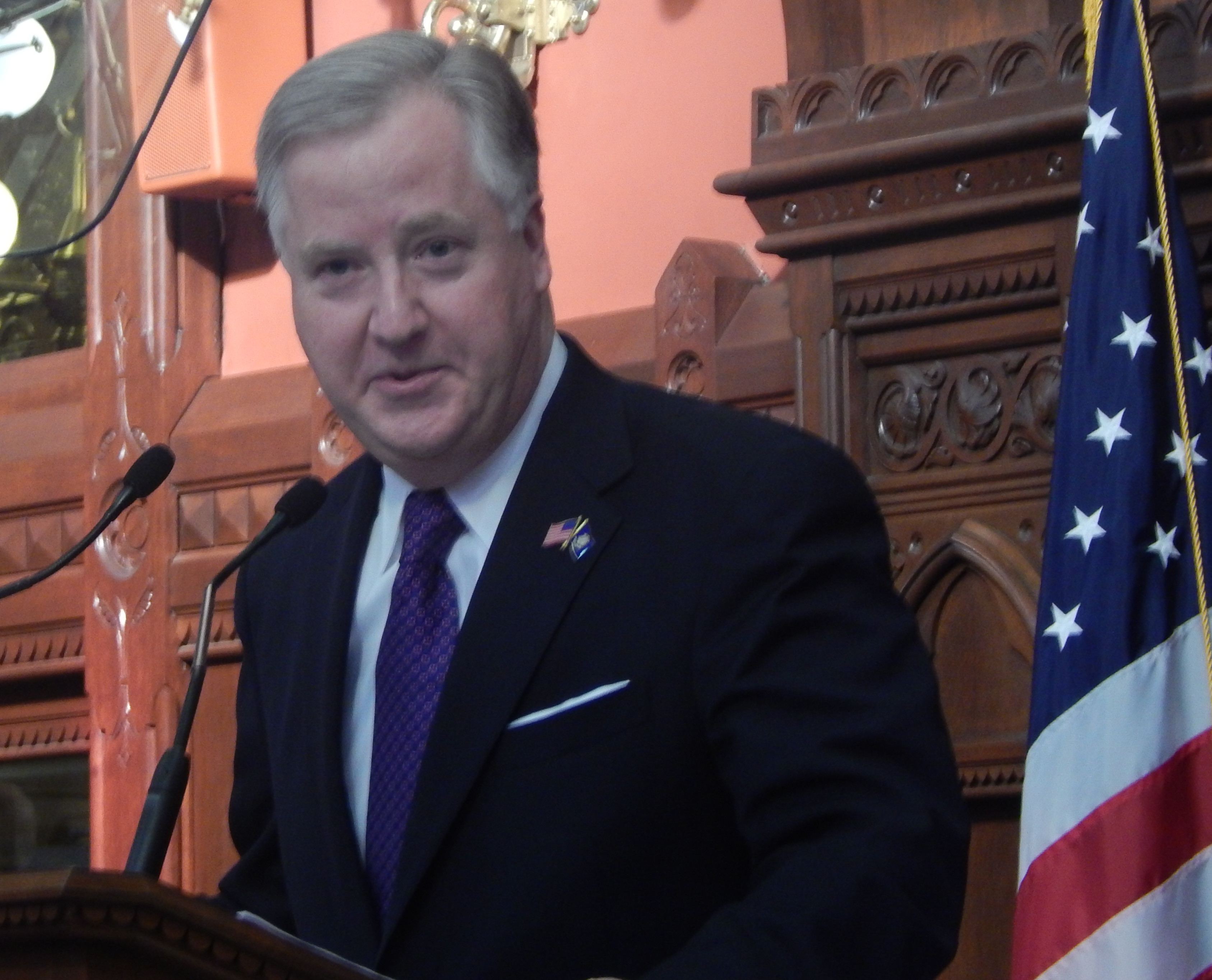 The House of Representatives approved a measure early Friday that would end a portion of the municipal tax exemption long possessed by private, nonprofit colleges and hospitals.

The Democrat-controlled House passed the bill 82-60 around 12:45 a.m. in a vote largely along party lines, but only after supporters made a final adjustment limiting the provisions affecting hospitals to future property acquisitions. The measure now heads to the Senate.

“I’m very pleased on behalf of the taxpaying, working families in Connecticut,” said House Speaker J. Brendan Sharkey, D-Hamden, who has been spearheading the push to reform municipal tax exemptions for the past three years.

The speaker, whose home community hosts Quinnipiac University, has argued that cities and towns have watched nonprofits — particularly colleges and hospitals — purchase increasing amounts of property off of their main campuses in recent years.

And because, in most cases, state law exempts those acquisitions from municipal taxation, residents and businesses must pay more as the properties vanish from the local tax rolls. The state reimburses communities for a portion of the lost taxes, but reimbursement rates have dwindled below 40 percent in recent years.

“These are not your typical small, struggling non-profits — these colleges and hospitals are very large entities, nearly indistinguishable from traditional private-sector businesses, except they don’t pay taxes,” Sharkey said. “They put a strain on municipal services, such as police, fire, and public works, but it’s the host town’s families and businesses that must pick up the tab in the form of higher property taxes.”

The bill adopted Friday requires colleges to pay when they acquire residential properties with 20 housing units or fewer — off of their main campuses — if they use them to house students. The measure applies both to existing holdings and to future purchases.

But the bill, which first was debated in the House last week and then tabled, needed a last-minute adjustment Friday — which involved scrapping a retroactive provision aimed at hospitals — to ensure its passage.

Originally the legislation would have required hospitals to pay property taxes on any land, buildings and equipment at sites off of their main campuses.

But the measure was amended in two ways:

Any off-campus sites acquired by hospitals and recorded as property-tax-exempt on local grand lists as of Oct. 1, 2014, would maintain that status in the future.

New sites acquired after Oct. 1 of this year, though, would be subject to taxation — as would any medical equipment within them — unless those sites are adjacent to a hospital’s main campus.

But opponents argued that these changes still could harm medical care.

Rep. Jason Perillo, R-Shelton, said, “I’m worried that that will have a chilling effect on a hospital’s desire to improve” and expand access and services.

“This bill will not allow hospitals to grow,” added Rep. Dan Carter, R-Bethel. “To me, this is going to inhibit access to care.”

“Hospitals make decisions based on their bottom line,” he said. “I think it is based upon the quality and caliber of care they are offering and if they can charge for it.”

Sharkey had advanced with a similar bill to this same point last year. But after winning House passage in 2014, the speaker watched his Democratic colleagues in the Senate allow the measure to die on the calendar.

But Williams since has retired from the legislature and his successor, Sen. Martin M. Looney, D-New Haven, has expressed concerns very similar to Sharkey’s about the growing volume of property taken off the local tax rolls in recent years after being acquired by private colleges or hospitals.