A second chance for ‘Second Chance’ in special session 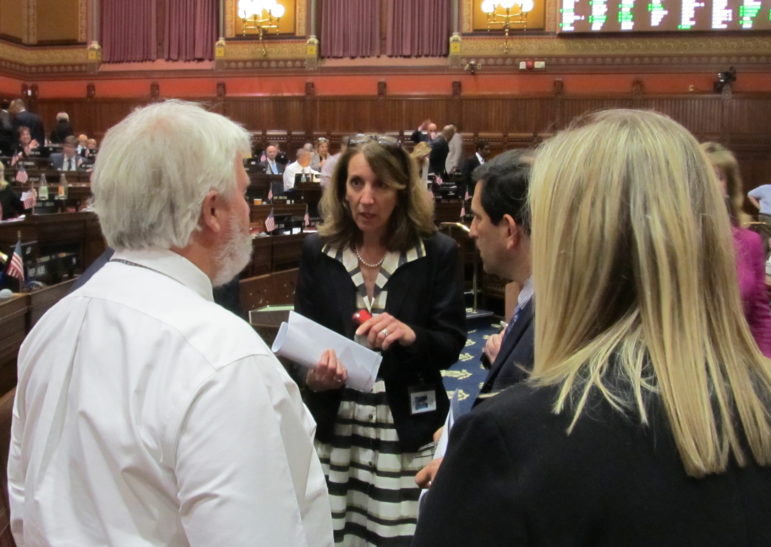 The 2015 session of the Connecticut General Assembly reached its constitutional deadline of midnight Wednesday with high drama in the Senate, surreal comedy in the House and a promise to come right back for more in a special session.

Left undone were substantive bills necessary to implement the budget and one of Gov. Dannel P. Malloy’s top priorities, a bill carrying a name that officially turned ironic at the stroke of midnight: An Act Concerning a Second Chance Society.

The bill, which is intended to lower incarceration rates and help non-violent offenders get a fresh start with easier access to pardons, will get its own second chance in special session, probably next week.

A bill to encourage police to use body cameras, which was passed by the Senate and never called for a vote in the House, also is likely to get a fresh look.

It was a night of rarities, if not outright oddities.

The Senate commanded the spotlight as it struggled to give final passage to a $40 billion, two-year budget. Republicans filibustered, saying Democrats were trying to pass the document before the GOP could examine important related bills.

Downstairs in the House, the Democratic leadership was caught between threats of two filibusters, one waged by the largely Democratic Black and Latino caucus and the other by Republicans. At issue was the same bill, An Act Concerning Excessive Use of Force.

House Speaker J. Brendan Sharkey, D-Hamden, thought a compromise had been reached. At 10:35 p.m., Sharkey reached for his smartphone and hit the speed-dial for Rep. Bruce Morris, D-Norwalk, the chair of the Black and Latino Caucus. 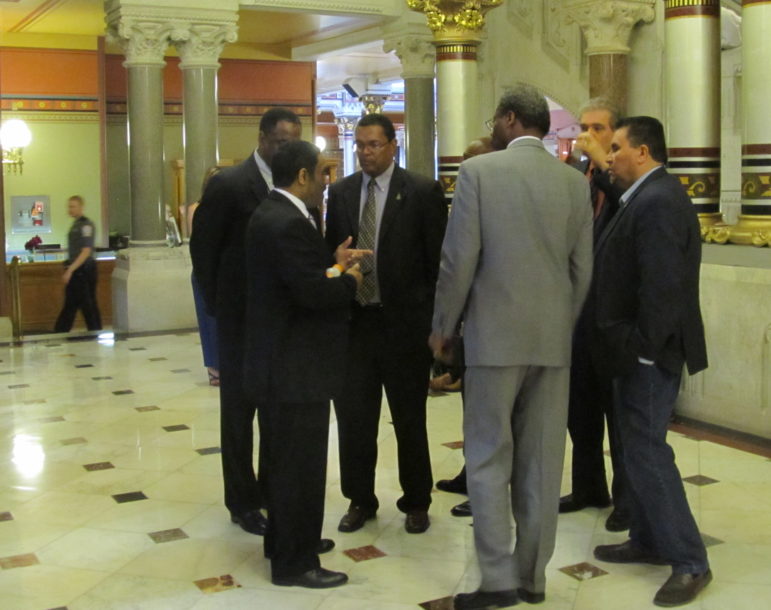 The Black and Latino Caucus outside the House, talking about An Act Concerning Excessive Force.

The call went to voicemail.

Neither the Second Chance nor the excessive force bills came to a vote.

The latter was Connecticut’s response to the national debate over police shootings. Among other things, it would set standards and provide funding for body cameras for police and require police to encourage and, in the view of Republicans, illegally give preference to, minority hiring.

The bill passed the Senate, but Republicans wanted it amended in the House, setting off a series of meetings outside the House and, later, an angry press conference by the president of the NAACP.

The Second Chance bill was Malloy’s, backed by an unusual mix of civil rights leaders and fiscal conservatives, including Grover Norquist.

Connecticut seemed poised to join the parade of blue and red states to re-examine its get-tough-on-crime sentencing law as the House eased through a debate on the Second Chance bill, blessed with the unexpected endorsement of GOP and Democratic leaders.

Two weeks ago, the bill seemed hopelessly stalled by Malloy’s impolitic suggestion that tolerance of racially disparate sentencing was racist, provoking Republicans to walk out of the House and to denounce the recently re-elected Democrat as a bully.

“We have a second chance to get this right,” said Rep. William Tong, D-Stamford, the co-chair of the Judiciary Committee, an observation that could apply to both long-standing policy and recent politics. “We have a chance to continue to be tough on crime, but smarter on crime.”

The legislation would reduce simple drug possession to a misdemeanor and repeal a mandatory minimum sentence for possession of drugs within 1,500 feet of schools or day care centers, while retaining judicial discretion to impose prison on repeat offenders who do not respond to treatment.

By opposing Malloy, GOP legislators found themselves at odds with national leaders of their party, including leading conservatives who have concluded that the U.S. reliance on incarceration for non-violent crimes was counterproductive — and a significant source of increased government spending.

And many seemed ready to take that walk.

But House Majority Leader Joe Aresimowicz abruptly interrupted debate. Republicans complained they found a drafting error that could strip gun owners of their carry permits if convicted of a drug-possession misdemeanor.

Tong huddled with Republicans in the well of the House. Lawyers appeared, including an animated Karen Buffkin, the general counsel to Malloy.

No resolution could be reached.

The session sputtered to a halt. Malloy sent word he would skip his traditional end-of-session address to a joint session of the General Assembly, presumably to wait for an actual end of session.

The final action of the House was to approve a resolution calling itself back into special session. It was not unanimous.