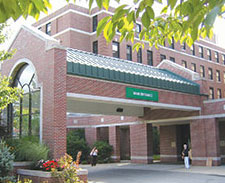 If the two sides reach an agreement, it would have the potential to make one of the state’s largest health systems even larger, continuing a trend toward consolidation that hospital officials say is inevitable and necessary, but which has provoked concern among some lawmakers, unions and community groups.

In announcing the talks, Cummings noted that health care is undergoing “unprecedented, rapid change,” and that the environment has become more challenging. He cited both changes in federal Medicare payment policies and the recently passed state budget, which relies on increased hospital taxes and reduced Medicaid payments. He described the possibility of partnering with the Yale New Haven system as a way to best position the organization to adapt to the changes in health care.

L+M already has clinical partnerships with the Yale New Haven system in several medical specialties, but the two organizations are now considering a more formal partnership.

“And while nothing is definite at this point, I felt the time was right to share this preliminary information with all of you,” Cummings wrote.

The talks are the first to be publicly announced since the passage of a controversial health care bill that would add new regulatory requirements for hospital transactions involving large systems. The bill, which is awaiting Gov. Dannel P. Malloy’s signature, was inspired in part by concerns among some legislative leaders about the growth of the Yale New Haven system, which includes Bridgeport and Greenwich hospitals, as well as Yale-New Haven Hospital, which in 2012 acquired The Hospital of St. Raphael. The Yale system also includes close to 300 physician practices.

L+M Healthcare includes the two hospitals, as well as the Visiting Nurse Association of Southeastern Connecticut and the L+M Medical Group.

Cummings wrote that under any agreement reached with the Yale New Haven system, “our goal is for L+M Healthcare to remain intact,” with the two hospitals maintaining their separate licenses, accreditations, wage and benefit plans and boards. Organized medical staffs would remain in place with their own rules and elected officers.

Existing collective bargaining agreements at the hospitals and VNA would also be honored, Cummings wrote. In 2013, unionized workers at Lawrence + Memorial Hospital held a four-day strike, which was followed by an 18-day lockout. Ultimately, the hospital and two AFT Connecticut locals representing nearly 800 registered nurses, licensed practical nurses, health technicians and technologists reached a new contract that runs until June 30, 2016.

If L+M and Yale New Haven reach an agreement, they would seek board and regulatory approvals this summer, Cummings wrote.

The three hospitals in the Yale New Haven Health System have the most combined beds of any network in the state. In 2013, they operated a total of 2,049 beds (in some cases, hospitals use fewer beds than their license allows). Hartford HealthCare, the parent of Hartford, Windham and Backus hospitals, The Hospital of Central Connecticut and MidState Medical Center, operated 1,378 beds that year. Lawrence + Memorial Hospital had 256 beds in operation in 2013, while Westerly Hospital has 125 beds.

The possibility of hospitals joining larger networks was a major issue during the legislative session that ended June 3.

Hospital officials say federal policies, changes in the way care is delivered and paid for, and reductions in state and federal funding are making it more important to join larger organizations. Being part of a large system can bring economies of scale that help cut costs and give hospitals more leverage in negotiating payment rates with insurance companies.

In addition, hospital officials expect that in the future, health care providers’ compensation will be partially tied to the cost of patients’ care, making it important to have a larger base of patients to spread out the risk in the same way insurance companies do now.

But critics of consolidation say it also has the potential to raise prices for consumers and insurers and reduce competition.

Those concerns, along with worries among some that large health systems acquiring physician practices could make it harder for doctors to practice independently, helped fuel the major health care bill that passed this session. 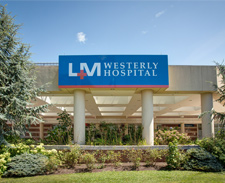 Among other things, the bill would add new factors to the approval process for changes in hospital ownership, and create additional requirements for potential transactions involving for-profit companies or large health systems. For example, the Office of Health Care Access – the regulator that can approve or reject a potential sale – would have to consider whether the transaction would reduce competition or raise prices, and applicants would have to provide a plan indicating whether services would change within three years.

Proposed changes of ownership involving for-profit or large organizations would also have to go through a cost and market-impact review, which could lead to action by the state attorney general if the review finds the transaction is likely to lead to one organization’s having a dominant market share or higher prices than the median in the market.

But those provisions wouldn’t take effect until Dec. 1, and hospitals could avoid them if they file for state approval of a potential sale or affiliation before that date.

Other hospitals are also working on transactions.

And Waterbury Hospital recently announced plans to be acquired by Prospect Medical Holdings, a for-profit health care company that is the hospital’s third potential purchaser in the past five years.

A previous deal for Waterbury and four other hospitals to be acquired by for-profit Tenet Healthcare, partnership with the Yale New Haven system, fell apart last year after state regulators indicated they would impose conditions on the sale that Tenet deemed too burdensome. A previous plan that would have combined Waterbury and the city’s St. Mary’s Hospital in conjunction with another company fell through after state leaders and others raised concerns about the provision of reproductive services.