The state Senate unanimously passed a wide-ranging health care bill Monday that could have significant implications for hospitals, insurance companies, doctors and patients.

Proponents say it will help control health care costs and improve transparency for patients. Critics say it contains problematic new regulations and could jeopardize the ability of struggling hospitals to find buyers to help them survive.

The 87-page bill passed the House Saturday night and now goes to the governor.

What does it do? Here’s a look at the key parts.

Disclosure of fees and affiliations

(Hospital officials say forming larger systems and aligning with doctors and other health care providers help them adapt to funding cuts and changes in how care is delivered and paid for.)

Parts of the bill focus on changes that can result from consolidation. One is facility fees – additional, often costly, charges patients can face if they get care at outpatient facilities owned by hospitals.

Another provision sets new rules for providers who refer patients to providers they have an affiliation with. The referring provider would have to let the patient know in writing about the affiliation, and that the patient is not required to see that provider.

An earlier version of the bill contained other provisions aimed at reducing the advantages of consolidation – particularly the ability of hospital-owned facilities to charge more – but they were removed.

Rules for sales of hospitals

The state approval process for sales of hospitals has been under scrutiny as independent hospitals consider joining larger networks and, in some cases, becoming for-profit. That intensified last year after Tenet Healthcare, a national for-profit company, dropped plans to buy five Connecticut hospitals after the state regulator indicated it would impose conditions on a sale that Tenet considered too burdensome.

Unions and advocacy groups have pushed for greater restrictions on for-profits running hospitals, while hospital leaders say the state needs to ensure that the regulatory process won’t scare off potential purchasers – including for-profits – that could help assure the survival of community hospitals.

The bill would add new factors to the approval process for sales of hospitals, with additional scrutiny for hospitals seeking to be purchased by for-profit companies or large hospitals or health systems – defined as those with net patient revenue of more than $1.5 billion.

The new rules take effect Dec. 1, giving hospitals in the midst of talks to be purchased – including Waterbury Hospital – time to file applications that would be handled under current rules. 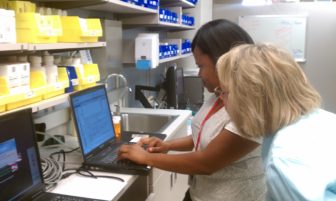 Electronic medical records have become common, but the ability to share them easily between providers lags.

Although most health care providers in the state use an electronic records system, the different systems aren’t always set up to share information with each other.

DSS officials have said they prefer to bridge the gaps that exist in the ability to share records, rather than building a new, overarching infrastructure, and the bill allows the DSS commissioner to propose an alternative plan for establishing a health information exchange.

Patient safety advocates say allowing records to be shared between a patient’s health care providers could reduce errors, improve care coordination and help avoid duplicative tests. Looney and Fasano have also warned that the lack of a neutral, statewide system for sharing records can give business advantages to large health systems, giving patients an incentive to see providers within the system so their records can be easily shared. Hospital officials dispute that characterization, and some have questioned the need to spend significant money on new infrastructure for sharing records.

The bill also defines the practice of “health information blocking” – intentional activities to interfere with the ability of patients or health care providers to access, exchange or use electronic health records, or using an electronic records system to steer patient referrals to affiliated providers – and deems them unfair trade practices that the state attorney general could enforce. 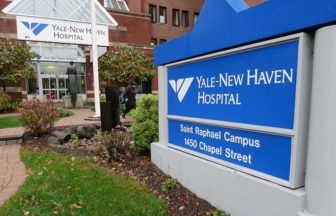 The bill creates new ways for patients to learn what their medical care would cost and whether their health care providers are in their insurer’s network.

Hospitals and other health care providers would have to provide patients with cost information in some situations.

Other provisions create new requirements for insurance companies, including some inspired by concerns that certain insurance companies have designed their benefits to discourage people with costly medical conditions from picking their plans, such as by making all drugs for conditions like HIV subject to high out-of-pocket costs. 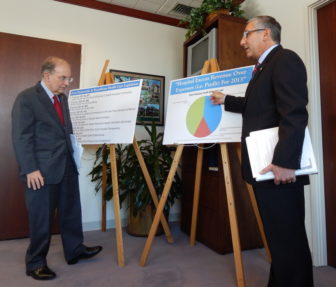 Inspired by a New York Times article about patients who received huge bills after unknowingly receiving care from out-of-network providers, legislators proposed restrictions on so-called “surprise billing,” which the bill defines as billing for nonemergency health care services rendered by an out-of-network provider at an in-network facility, in cases when the patient did not choose to get care from that provider.

More to come: Stuff to be studied

The bill calls for two groups to study issues related to health care costs and price variation, which could lead to recommendations for future changes.