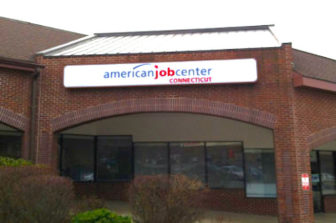 The Connecticut Department of Labor job center in Willimantic is among those facing closure.

And while Malloy recently dismissed speculation that these closures would weaken his comprehensive Second Chance Society program, others – including a top lawmaker on both budget and juvenile justice issues – aren’t so sure the administration isn’t working against itself.

“I think someone, for their purposes, is trying to link two issues that are not necessarily linked,” Malloy said last week when asked about an op-ed piece written by an advocate for anti-recidivism services and published recently in The Courant.

Chandra Bozelko of Orange, 43, a former inmate at York Correctional Institution who wrote the opinion piece, had questioned how effective Second Chance could be given that the administration is pursuing plans to close five out of 11 Department of Labor American Job Centers.

For many offenders coming out of prison, in a halfway house, or in some other segment of the justice system, these centers “are their only foothold when they are released when it comes to finding a job,” said Bozelko. After her release from York, Bozelko was employed by the Working Families Party of Connecticut, assisting its Women’s Economic Agenda program – a task that frequently led her to spend time in the job centers.

Bozelko is the author of “Up The River,” an anthology of essays examining Connecticut’s criminal justice system.

Rep. Toni Walker, D-New Haven, co-chair of the Appropriations Committee, on Friday became the third legislator to call for the General Assembly to review the administration’s changes at the Department of Labor.

“I think it’s important that we make sure we fulfill the mission of the Second Chance Society,” Walker said, adding that keeping more centers open may be necessary “to demonstrate the sincerity of that commitment.”

Walker wasn’t the only legislator frustrated to learn this summer about the administration’s planned reorganization for the Labor Department. The issue wasn’t discussed with legislators during the regular 2015 session, which ended June 3, even though problems with federal funding for Labor Department staff were identified last September.

Earlier this month, Sen. Cathy Osten, D-Sprague, and Rep. Peter Tercyak, D-New Britain, also called for the legislature to review the administration’s reorganization plan in the 2016 session, which convenes in early February.

Malloy did win approval from lawmakers earlier this year for his Second Chance Society, a major initiative that expands a wide array of support services to help nonviolent offenders return successfully to society.

In the summary document for the governor’s budget proposal last February, the administration wrote that “the quickest and most effective way to give someone the second chance they need to be a productive member of society is to ensure access to job and housing opportunities upon release.”

The initiative includes a new basic education and vocational skills training program, as well as partnerships with community and nonprofit leaders to find employment opportunities.

Integrated Basic Education, Skills and Training, or I-BEST, is designed to teach reading, mathematics and other skills to adults who struggle in the traditional classroom setting. “Some people learn better and quicker when they learn on the job,” Murphy said, adding that many ex-offenders exemplify the students that benefits most from this approach.

The department already has been operating the I-BEST program for two years, assisting workers in Bridgeport, Hartford, New Haven and New London. And Murphy said the new budget includes $1.5 million this fiscal year to expand the program significantly in the Greater Hartford area.

But Gwen Samuel of Meriden, founder of two grassroots organizations watching this initiative closely – the State of Black CT Alliance and the CT Parents Union – said the importance of the job centers can’t be overlooked, particularly in urban communities such as Meriden.

“When there is a storm in Connecticut, it is more like a Tsunami in
communities of color, rural areas and the poor community,” they wrote in a statement. “That is why the issue of unemployment job service centers closing in high unemployment rate areas is of grave concern to marginalized communities.”

Samuel’s groups made a public appeal to state and federal officials in front of the Meriden job center last week.

So are these job centers crucial to provide that access?

No, says Malloy, who notes that the job market is much better now than when he first took office in January 2011. Connecticut which was struggling to recover from the last recession and had a 9.3 percent jobless rate then, now has just 5.4 percent unemployment.

“That’s a good thing,” the governor said. “We should not bemoan the fact that we have lower unemployment numbers. We should actually celebrate that to a larger extent, the progress that we are making on getting people employed.”

In fact, it’s that progress, Malloy said, that led to the problem Connecticut now faces at the labor department, where seven out of eight workers’ jobs are supported with federal funds. That federal assistance shrinks as the unemployment situation improves.

The administration covered the difference by using a combination of state resources outside of the regular budget – various penalties, late fees and interest charges collected by the labor department and other miscellaneous revenues – and federal funds originally designated for other purposes.

More shortfalls are projected for 2016 and 2017, and in the second year it’s expected to top $37 million, the governor’s budget office said.

The administration also announced the consolidation of the 11 regional job centers into six. The five that would close are in Meriden, New Britain, Norwich, Torrington and Windham.

The labor department also oversees two other job centers that it contracts with private entities to operate, and one of these, in Enfield, is being considered for closure.

Council 4 of the American Federation of State County and Municipal Employees, which represents most of the workers who received pink slips, said its member also have been notified of closure plans.

Department of Labor spokeswoman Nancy Steffens referred questions regarding the reorganization to the governor’s budget agency, the Office of Policy and Management.

OPM spokesman Gian-Carl Casa said the Labor Department “is still making decisions about what will happen at the locations, including Enfield. It is not clear they will be closed or what services will still be offered at them.”