CT lawmakers, except Himes, split with party over tax package

These tax credits are not part of the federal tax code and had to be extended every year or every several years. But if the Senate approves the package of about 50 tax breaks on Friday, as expected, many will become a permanent part of the tax code. Other tax breaks, including some for race horse owners and the movie industry, would be extended only through fiscal year 2016.

House Minority Leader Nancy Pelosi, D-Calif., and  Rep. Steny Hoyer, D-Md., the Democratic whip, strongly opposed the package, which will cost about $700 billion over 10 years. They see it as a gift to big business that would bloat the deficit.

Pelosi called it “a massive, permanent giveaway … which is really destructive of our future.”

Larson, a member of the House Ways and Means Committee that has authority over tax policy, said “it’s clear Nancy and Steny were asking for ‘no’ votes.”

But he said he voted “yes” because he said the tax breaks would benefit Connecticut. Larson has also been a long-time sponsor of legislation that would make the R&D credit permanent.

“I know how valuable it is to our manufacturing base,” he said.

Larson also said he’s had an “overwhelming response” from constituents about the enhancement of the earned-income tax credit and the child tax credit. 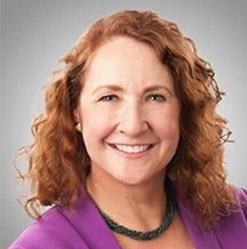 Esty said she supported the extenders package because it made tax breaks for individuals and businesses permanent, “while reinforcing economic certainty by extending other key tax provisions for several years.”

“Let’s be clear: this is not a perfect agreement, but hard-working Americans deserve a Congress that does the hard work of crafting bipartisan solutions together,” Esty said.

The Connecticut lawmakers who voted for the tax break bill were among 77 Democrats who joined all but three House Republicans in voting for the bill. Rep. Jim Himes, D-4th District, broke with his Connecticut colleagues.

While he said the extenders bill contained “a lot of good anti-poverty stuff,” and benefits for business, he said the country could not afford the package.

“At a time when the population is aging and when we underfund education and infrastructure, to be reducing the funds available and adding billions to the deficit isn’t the right thing to do,” Himes said.

Himes called GOP sponsors and supporters of the bill “irresponsible,”
“No Republican who voted ‘yes’ can make any statement about the debt or the deficit,” Himes said. ”And all they talk about is the debt and the deficit.”

Breaks for low-income families — and GE

The enhanced earned-income tax credit, slated to expire in 2017, will make permanent an additional credit for low-income families with three or more children.

The R&D credit, which has to date overwhelmingly helped large manufacturers like United Technologies and General Electric, has been expanded to make more small businesses eligible for the relief.

“It looks to me that the changes proposed make the credit more available to small businesses, but as far as dollar amount, there will still be a bias towards large companies,” said Adam Michel, a program coordinator at George Washington University’s Mercatus Center.

Michel released a study earlier this year showing that in the amount of dollars, manufacturers benefited the most from the R&D tax break, followed by information technology companies and the professional science sector.

Another tax break, known as Section 179, raises the caps on writing off the cost of equipment for small business.

“There is no single item in the tax code more crucial to incentivizing small business investment than Section 179 expensing,” said National Small Business Administration CEO Todd McCracken. “But for years, small-business owners’ ability to plan for these investments has been held hostage by a dysfunctional Congress that has time and again failed to address these critical tax provisions in a timely or long-term manner, forcing many to hold off on growing their business.”

Commuters would benefit from the permanence of the tax break for mass transit and parking benefits. The option to claim an itemized deduction for state and local general sales taxes instead of  a deduction for state and local income taxes would also be made permanent as would the ability of individuals who are at least 70½ years old to exclude from their gross income charitable donations made from their Individual Retirement Accounts.