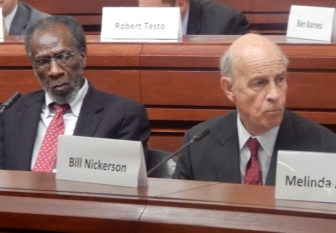 The panel studying Connecticut’s taxes off-and-on for two years has wrapped up its work struggling to find consensus on arguably Connecticut’s most onerous levy: the municipal property tax.

Members of the State Tax Panel, composed policy experts from a host of backgrounds, agreed that the property tax hurts the poor, lacks fairness, weakens the business climate and ignores fiscal reality.

But with the exception of a new sales tax surcharge to help communities, most other major proposals to ease burdens on municipal taxpayers bogged down.

Former state Rep. William Dyson, D-New Haven, who co-chaired the panel, said the group was limited — perhaps more than some members realized — by two guidelines established from the beginning:

“Those (rules) only go so far,” Dyson said. “With that out there, you can still come up with recommendations, but will they do what needs to be done?”

But others argued that the panel could not propose policies that might drive up state spending, or taxes, especially while Connecticut faces tough fiscal times. 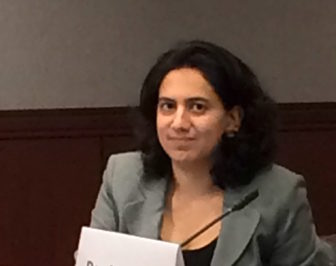 According to nonpartisan analysts, state finances face built-in holes that top $300 million next fiscal year and $1.5 billion in 2017-18.

“I think the last thing we need to do is give people another reason to leave the state,” said Lou Schatz, a partner with the law firm of Shipman & Goodwin.

Former Sen William Nickerson, R-Greenwich, the panel’s other co-chair, said leaders tried “to create as much unity as we can,” but repeatedly emphasized the group’s ground rules were set by the legislature.

Nickerson also encouraged members who felt more commentary was needed to submit their own memoranda to be attached to the final report.

A state tax incidence report released in December confirmed what state officials have long asserted, that the property tax is the most regressive levy in the state. That report found households earning less than $48,000 per year effectively pay nearly one-quarter of their annual income to cover state and local taxes. That also includes families and individuals that rent their housing, and whose rental charges reflect the property taxes their landlord must pay.

The tax panel considered, but did not agree to submit, three pages of commentary prepared by staff that reflected some members concerns about the property tax.

Instead that commentary was boiled down to a series of bullet-point statements, including:

But another proposal, which would have involved increasing a specific municipal grant, bogged down.

It involved increasing the grant program that offsets the revenue communities lose because property owned by the state, colleges and hospitals is exempt from local taxation. Governors and legislatures for more than a decade have appropriated less funding for the PILOT (Payment In Lieu Of Taxes) program than is called for under the program formula.

The new state budget adopted in June already promises cities and towns a smaller share of state sales tax receipts — but with one huge difference.

Communities are supposed to get revenues equal to a little less than one-half of 1 percent of the sales tax — specifically about $220 million next fiscal year and $362 million in 2017-18.

But state budget deficits larger than that promised aid are projected for each of the next two fiscal years, and lawmakers and Gov. Dannel P. Malloy agreed earlier this month to strip funds from the special reserve account that funds this revenue-sharing program,

“I don’t know how many towns believe we are actually going to see that money, because it’s already being swept,” said longtime Coventry Town Manager John Elsesser.

The goal of the 1-percent recommendation, he added, is to establish some new revenue source to ease the burden on property taxpayers and “not to make it at the whim of whoever holds power at the Capitol.”

Groton City Mayor Marian Galbraith added that the 1-percent plan “has the ability to give property tax relief where it’s needed most.”

But Nickerson, a longtime leader on the tax-writing Finance, Revenue and Bonding Committee during his tenure in the General Assembly, noted this was dangerously close to another recommendation to increase state spending.

No matter what the panel recommends, municipalities have neither the authority to levy the sales tax, nor the resources to collect it, he noted. And even if the legislature designates a sales tax hike’s proceeds for communities, that effectlvely represents an expenditure of state funds once the proceeds are transferred to towns.

“It is a little misleading to call it a local tax,” Nickerson said.

Sen. L. Scott Frantz of Greenwich, the ranking GOP senator on the finance committee, added that while it’s important for the panel to be worried about rising property taxes, members should expand their concerns about any Connecticut tax on the increase.

The committee did also agree to recommend that the five-year property reassessment process be replaced with an annual program. But it also recommended the state develop an option for property to be revaluated through a regional program, to help communities split the cost.