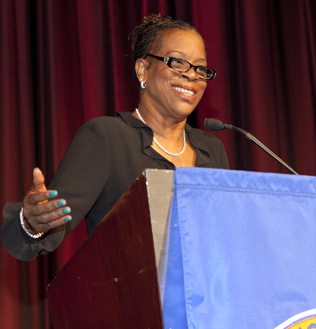 State government’s finances are in balance once again — at least on paper — since December’s special legislative session to plug several budget gaps.

But the controversial practice of borrowing to pay off debt now threatens to poke new holes in the budget — a small one this fiscal year and a larger one after June — just a few weeks after lawmakers and Gov. Dannel P. Malloy finished their work.

That’s $14.3 million more than the debt service problem Gov. Dannel P. Malloy and the legislature assumed when they crafted their December budget repair.

More importantly, Nappier’s office also projects debt service costs will run $93.6 million above the level legislators and the governor built into the preliminary budget for 2016-17.

“Even though debt service is deemed appropriated and will, in any case, be paid to bondholders when due, adequately budgeting for debt service is the soundest fiscal practice,” Nappier wrote in a statement that accompanied her new projections last week.

The treasurer and governor — both Democrats — have been at odds for the past year over how much Connecticut must set aside to pay the investors who purchase its bonds to finance capital projects.

At the center of the debate are “bond premiums” — special proceeds the state receives from investors when they buy state bonds that pay a higher rate of return over their life. This is a tool that helps the treasurer market bonds, particularly when interest rates are low.

Rather than using those premiums to accelerate debt reduction, governors and legislature often have used them — particularly in recent years — to build up fiscal reserves.

And they built the proceeds from those assumed premiums into the adopted budgets for 2015-16 and 2016-17, rather than wait to see whether they could be secured.

Nappier warned this approach could harm Connecticut’s reputation on Wall Street. She also predicted the demand for bond premiums almost certainly would drop once the anticipated increase in interest rates began.

The Federal Reserve Bank raised interest rates in December — albeit very modestly — for the first time in a decade. And there already has been speculation on Wall Street that another hike could come as soon as March.

And Nappier added last week that she would be guided by “what is in the best interest of current and future taxpayers” and “not just sell all bonds at a premium to bring in as much up-front budget savings as possible.

“To do so, otherwise, would come at the expense of delaying the inevitable — higher debt service down the road,” she said.

Senate Minority Leader Len Fasano, R-North Haven, has been a longtime critic of the use of bond premiums to effectively support state spending.

Fasano and Malloy sparred through a series of statements last week — not over bond premiums in particular — but over whether the December deficit-mitigation session really fixed Connecticut’s fiscal woes.

Minority Republicans in the House and Senate decided not to support the deficit-mitigation plan, arguing it did not do enough to stabilize state finances in the long term.

“The state budget crafted and passed by Hartford Democrats and Governor Malloy is a massive failure,” Fasano wrote. “The damage created by its botched policies is still being felt as our state continues to move in the wrong direction with these cuts.”

These “botched polices” had led to cuts in services for the elderly, poor and disabled, as well as reductions in municipal aid, Fasano added.

Malloy spokesman Devon Puglia fired back that one of the GOP’s biggest proposals to cut costs involved paying incentives to senior state employees to get them to retire — an approach that would weaken the state pension fund over the long haul.

“The biggest specific idea the GOP could come up with was a proposal to decimate our long-term pension system,” Puglia said. “This is the antithesis of leadership — it truly embodies irresponsibility.”

The Malloy administration did not comment on Nappier’s new bond premium projections.