On trial: Is educational opportunity sufficient everywhere in CT? 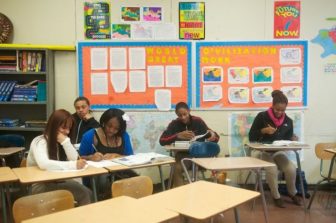 A classroom in a high school in Bridgeport

Are 26 kindergarten students in one class too many for one teacher?

Are 438 students too many for one school counselor?

Should tutors be offered in schools where high numbers of students regularly fail math or English?

In struggling school districts across the state, the answer to such questions often comes down to what school leaders can afford. But today, opening arguments will launch a five-month trial to ultimately determine whether the education being provided in Connecticut’s lowest-achieving school districts fulfills the state’s constitutional obligation.

A divided Connecticut Supreme Court nearly six years ago ruled that the state is responsible for ensuring that public schools are of a certain quality, but left it up to a lower court to determine what that standard is and whether it is being met.

“Does everyone have to reach the Darien standard or they are unequal?” Hartford Superior Court Judge Thomas Moukawsher asked the lawyers for both sides when he was assigned the case in September. “This is the battle: Where do you set the minimum level. Is it the average of the state?…Or do we set a minimum and strictly focus on that?”

Finding answers is certain to be complicated for Moukawsher.

Lawyers representing Gov. Dannel P. Malloy, his education commissioner and the State Board of Education insist the state has taken significant steps to improve education, that additional funding is not necessary, and that students are being provided the education they are entitled to.

But the coalition of students, parents, teachers, and school and municipal leaders who are suing the state – the Coalition for Justice in Education Funding – disagree.

“It’s just so obvious that the resources we have are so much less than all the surrounding towns,” Merrill Gay, a member of the New Britain school board, said in an interview. “It’s just not fair.”

The State Constitution requires that “there shall always be free public elementary and secondary schools in the state. The General Assembly shall implement this principle by appropriate legislation.”

Missing is language clarifying what level of education is required.

Three of the seven justices on the Connecticut Supreme Court ruled in 2010 that the constitution entitles every school-aged child to a “an education suitable to give them the opportunity to be responsible citizens able to participate fully in democratic institutions, such as jury service and voting, and to prepare them to progress to institutions of higher education, or to attain productive employment and otherwise to contribute to the state’s economy.”

A fourth justice wrote a concurring opinion agreeing that the constitution guarantees a certain level of educational quality but setting a much lower threshold for what that standard would be.

“The right established under [the constitution] requires only that the legislature establish and maintain a minimally adequate system of free public schools,” Justice Richard N. Palmer wrote. “Consequently, in my view, the plaintiffs will not be able to prevail on their claims unless they are able to establish that what the state has done to discharge its obligations under [the constitution] is so lacking as to be unreasonable by any fair or objective standard.”

The state attorney general’s office insists the trial commencing this week must use the lower bar when determining if the state has fulfilled its obligations.

“The state is never going to claim we’re perfect,” Associate Attorney General Joseph Rubin said during a pretrial conference last month. “To the extent that there are any problems, we are taking reasonable and appropriate steps to deal with those problems.”

During pretrial conferences with attorneys in the case, the trial judge made clear he is not bound by the lower bar but has not determined what standard is appropriate. 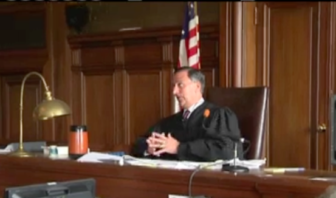 “My reading of the case law suggests to me that I don’t have to take the narrow view. There is some flexibility,” Moukawsher said in September.

The lawsuit, filed in December 2005 demands that the state spend significantly more money to ensure Connecticut children are getting an adequate education.

A study commissioned by the coalition in 2005 estimated it would cost the state an additional $2.02 billion a year to provide students the services they require for an adequate education.

But the state’s top attorneys argue it is impossible to derive such a number, and the state’s approach of directing money to the municipalities least capable of raising money locally, and to those who enroll students with the most needs, is the best approach.

The state’s primary grant for education has increased by 27 percent over the last 10 years – from $1.6 billion in the 2006-07 school year to an estimated $2.06 billion this school year. The other state grants for things like special education and transportation have largely been frozen.

Over the last four years, 90 percent of the additional funding has gone to the lowest-performing districts. 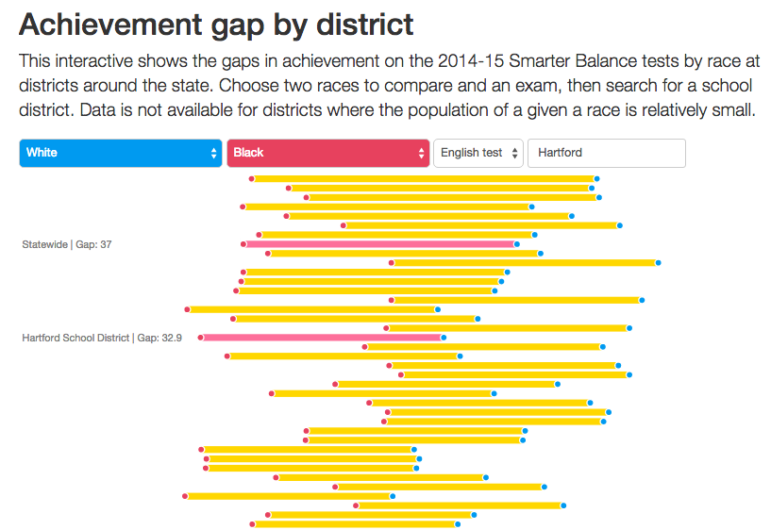 The state also plans to present evidence during the trial that education reforms passed by the legislature in 2012 have transformed schools throughout Connecticut by linking teacher evaluations to test scores and intervening in needy schools. When asking the court to dismiss the case, the attorneys asked the judge to give the reforms passed “at least three years” to be implemented.

“Connecticut has a high-quality educational system that produces excellent results,” Attorney General George Jepsen wrote the court last week. “In implementing the reforms, the executive and legislative branches of government have acted aggressively and appropriately to provide professional support, professional resources, financial resources and strong accountability to help improve those districts most in need… These reform programs have not been in effect long enough to produce definitive results; they are aggressive, well thought-out best practices appropriately aimed at bringing major improvement to the targeted districts.”

But the lawyers who represent the coalition suing the state argue the changes are “nominal.”

They point to the outcomes of students and the glaring gaps in achievement when students from those districts are compared to peers in more affluent towns.

“There is tremendous evidence,” said attorney Joseph P. Moodhe. “That is the core of this case.”

Robert Solomon, professor emeritus at Yale Law School, who filed the complaint against the state back in 2005, said during a recent interview that the state should have to show than that they attempted to fix Connecticut’s schools.

“The change in law has to be enough,” he said. “The judge is going to have to decide whether it was enough. Solving the problem halfway is still a problem.”