Sanders fails to get UConn site, heads to Hartford riverfront 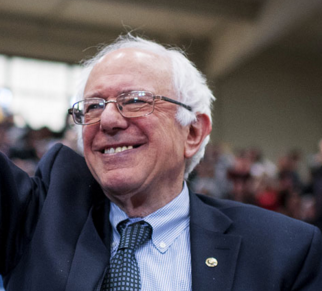 The presidential campaign of Democrat Bernie Sanders couldn’t come to terms with the University of Connecticut for an event Monday morning, but he is expected to rally Sunday night on the New Haven Green — and hold a closing event the next morning in downtown Hartford’s riverfront park.

Two thirds of the GOP field is on the way to Connecticut on the last weekend before the Connecticut primary: Ohio Gov. John Kasich is coming to Glastonbury on Friday evening and New York businessman Donald J. Trump to Waterbury and Bridgeport on Saturday.

Hillary Clinton was in Hartford and former President Clinton visited New Haven on Thursday, but she is expected back in Connecticut this weekend, most likely in Bridgeport and New Haven at a time and location to be announced. Trump has officially scheduled rallies Saturday morning in Waterbury and early afternoon in Bridgeport.

Everyone’s coming to Connecticut except U.S. Sen. Ted Cruz of Texas, who is running third here in the GOP race behind Trump and Kasich. Connecticut is one of five northeastern states holding presidential primaries Tuesday.

The Sanders campaign’s only statement about upcoming public appearances is that it is trying to get the Vermont senator to all five states before Tuesday: Connecticut, Delaware, Maryland, Pennsylvania and Rhode Island. But a UConn spokeswoman acknowledged that Sanders was unable to arrange a rally in Storrs.

Stephanie Reitz said Thursday the university was asked this week by the Undergraduate Student Government to help organize a 6,000-person event to be held at 9:30 a.m. Monday, the day before the primary. Sanders has proposed free tuition for students attending public universities.

UConn offered three options: the Jorgensen Performing Arts Center, a 2,300-seat theater; the Gampel Pavilion, a 10,000-seat basketball arena; and the Student Union. The offer came with a catch: a Gampel event only would be open to the UConn community, due to a lack of parking during a weekday.

“Either USG or the Sanders campaign declined to pursue these options,” Reitz said. “USG or a student group would need to be the primary host; UConn is not allowed by law to use public money for a political event. We would have been glad to help USG in their efforts if there had been more time and flexibility.”

Warren Gill, the regional spokesman for Sanders, declined to comment on talks with UConn. Bill and Hillary Clinton each have a history at UConn. The former president was honored in October with a human rights award. Hillary Clinton was paid $251,250 by the UConn Foundation to deliver a speech there in April 2014.

While the Sanders’ national campaign has not confirmed it, local sources say Sanders has settled for the Hartford riverfront in lieu of a college campus Monday.

In addition to the delegates to be apportioned Tuesday, there are three unpledged GOP super delegates and 16 Democratic super delegates, 15 committed to Clinton and one uncommitted.

Here is the schedule of events by the candidates. For free ticket information, check the web sites of the Kasich and Trump campaigns.

Connecticut Right to Life says it has extended an open invitation to Trump, Kasich and Cruz to speak at its all-day convention Saturday in Waterbury, all of whom it considers to be opposed to abortion. None have responded.

Clinton and Sanders, who both support abortion rights, are not invited.