The report cards of students who become entangled in the state’s juvenile justice system are discouraging.

“Capable of better work,” a literacy teacher at Martin Luther King Jr. School wrote on the final report card of a seventh grade student from the North End of Hartford who missed 19 days of school. He received Ds and Fs, with the exception of music class.

At the state-run jail for youths convicted of offenses not serious enough to land them in the adult criminal justice system, most high-school aged students are reading at an elementary grade level.

And research shows that student suspensions, expulsions and chronic absenteeism contribute to a downward spiral that often ends with involvement in the juvenile justice system.

Tired of hearing such stories, members of the State House of Representatives have unanimously approved legislation that aims to sever the school-to-prison pipeline by keeping children in school or providing a quality alternative education program when they get into trouble. The bill awaits action in the Senate.

“These are the most needy students. They need more education, not less,” said Martha Stone, executive director of the Center for Children’s Advocacy, whose organization released a report earlier this year on the education court-involved youths receive. “These students need a robust and unconditional education.”

The bill, crafted by the state’s Juvenile Justice Policy and Oversight Council, would require that parents be given notice that they have a right to a hearing to appeal a school district’s decision to expel their child. Parents would have to be given five days’ notice of that hearing.

“We have clients who just accept the expulsion. Parents are often not equipped to push back,” Leon Smith with the Center for Children’s Advocacy recently told the State Board of Education. “If what the district is bargaining out is the worst punishment, then that’s not a plea bargain.”

For students who are ultimately expelled, the bill would set standards for the type of education they must receive during their banishment. An expulsion can last from ten days to one calendar year.

Currently, most of the nearly 1,000 students expelled each year are provided with either a tutor for a few hours a week or enrollment in an alternative program. State law currently requires that local education officials provide an “alternative educational opportunity during the the period of expulsion,” but it is silent on what the quality of that education must be.

The state education department has provided no guidance to school districts clarifying education standards for expelled students, prompting lawsuits over the subpar conditions of those alternative programs.

“I would prefer to drop out instead of going back to New Visions,” Alicia B., recently wrote a Hartford Superior Court judge in describing the program where Hartford public schools send expelled students. “I did not get the education that I needed when I was expelled. I do not want other students to have to go through months at a place like New Visions, where they get work that does not matter and they don’t have the opportunity to learn.”

State records also show that dozens of youths are expelled each year and sent home with no alternative learning opportunity at all.

This bill would require that “alternative education” programs provide expelled students with instruction for 180 days, or 900 hours, a year. The State Department of Education also would be required for the first time to set guidelines, including entrance and exit criteria, so students aren’t unfairly pushed into, or kept in, these programs. 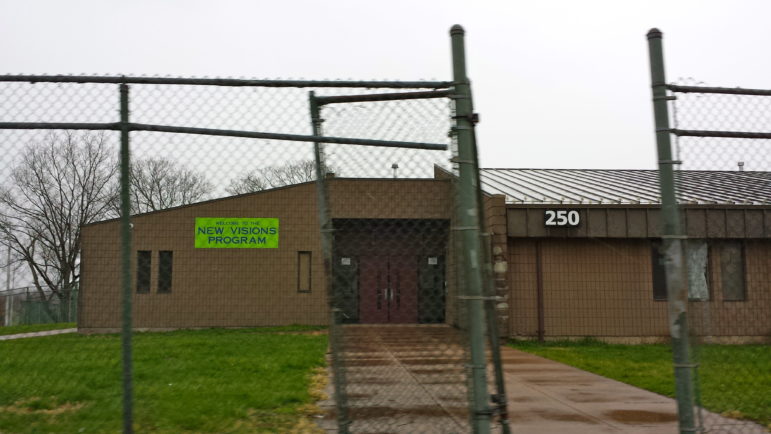 Education Commissioner Dianna Wentzell testified against this provision, saying that, while it is well intentioned, it “would create significant burdens on local districts and the agency.”

In all, 1,738 children were arrested while at school last school year – a number that has increased since the state began tracking school-based arrests four years ago.

Of the 20,063 students sent home from school for getting into trouble last school year, nearly half were classified as “chronically absent,” meaning they missed at least 10 percent of the school year, or more than 18 days.

Chronically absent students also are admitted to detention twice as often as students who were not chronically absent. There is also a strong association between absenteeism and recidivism.

“Students receiving disciplinary sanctions are experiencing substantial attendance and performance issues,” reads a presentation prepared for the State Board of Education earlier this month. “Suspensions and expulsions may exacerbate academic deterioration. Receipt of even one suspension is associated with higher likelihood of academic failure, school dropout, and involvement in the juvenile justice system.” 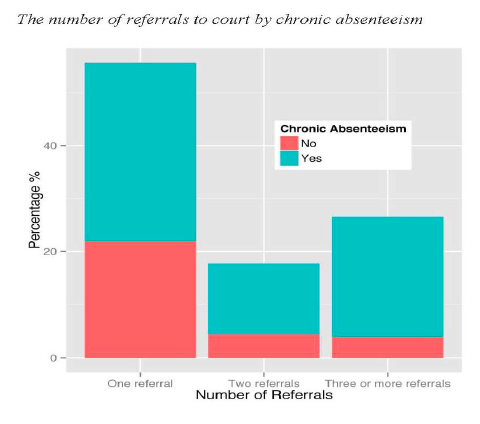 The bill includes several other provisions including;