How does your town fare under the state budget deal?

State funding to help cities and towns operate public schools is hit hard in the budget deal Democratic legislators are set to approve this week. It’s a mixed bag for the other grants towns receive to help cover non-education related expenses. 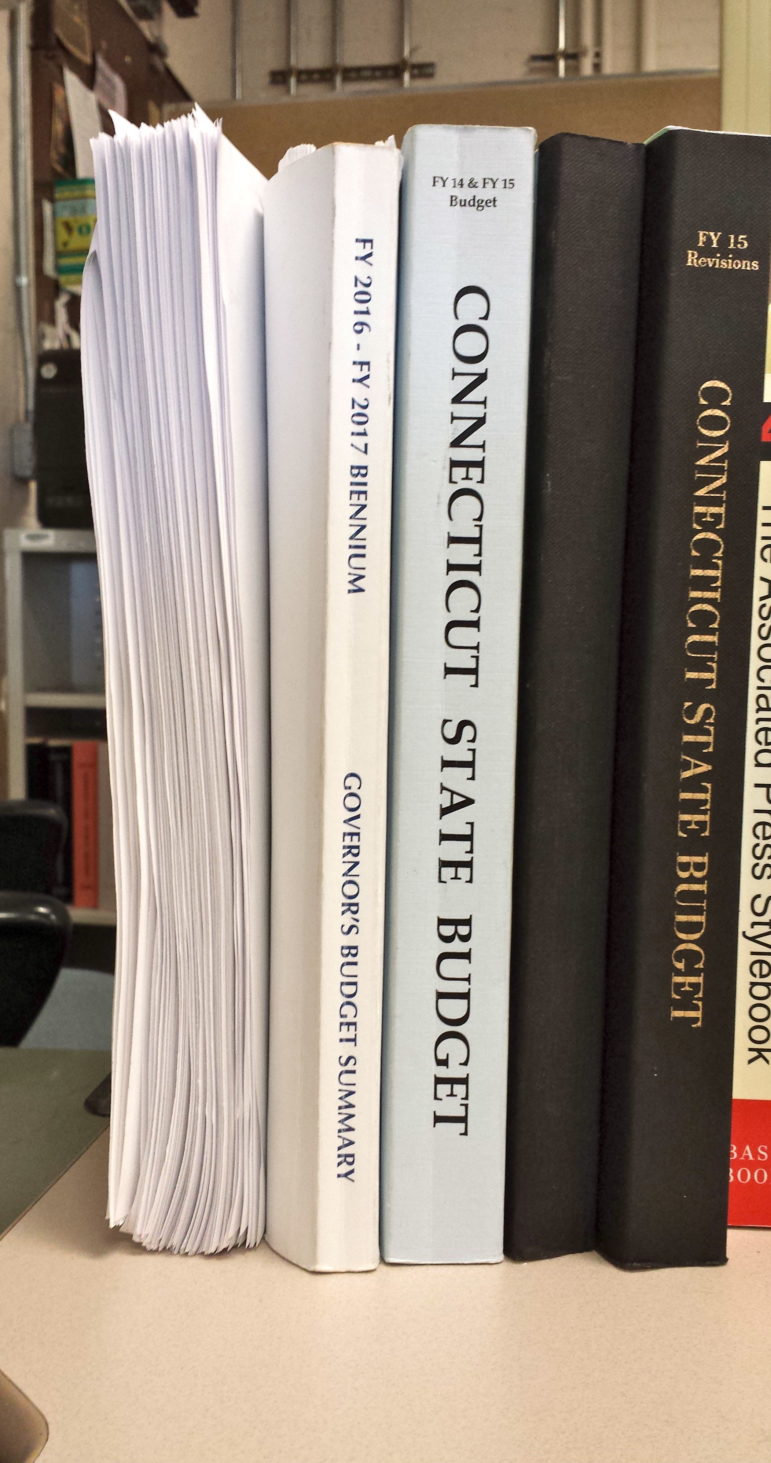 Curious how your city or town fares? Here’s a look.

State funding for primary and secondary education is proposed to be cut by $83.7 million, a 3 percent reduction from this year’s spending.

The Education Cost Sharing grant, the state’s primary payment to help municipalities run their schools, is to be cut $32.1 million. By design, this grant directs more funding to towns with high concentrations of high-need students and to poor communities that have the least ability to raise revenue locally. However, the legislature has routinely ignored the formula and shielded towns from losing money, even if the formula called for it because their property values increased or their enrollment shrank. This so-called hold-harmless provisions has benefited several more affluent towns.

The new budget deal – negotiated by the administration of Gov. Dannel P. Malloy and Democratic legislative leaders – will cut the most from the state’s wealthiest communities and also the state’s big cities.

For example, Bridgeport, Hartford, New Haven and Waterbury – the poorest communities in the state – each stand to lose at least $2 million. The state’s wealthier communities – Greenwich, Fairfield and Westport – each would lose about $1 million — the majority of their state education funding.

The $24.6 million towns currently receive to transport children to school and hire crossing guards is being eliminated under the proposal, and $600,000 is cut from adult education programs.

The map below provides a town-by-town breakdown of how much each town stands to lose.

(Not included is how the $2.5 million cut to the Priority School District grant will affect the 19 lowest-performing districts that currently receive this funding to extend their school day or offer summer and after-school programs. The map also does not include which towns will be affected by the $4.3 million cut to the Excess Cost grant, which helps pick up school districts’ special education costs. Several other grants that provide aid to municipalities to run various programs are also cut but not included on the map since the legislature’s Office of Fiscal Analysis only does a town-by-town breakdown on the largest grants.)

Other aid to towns

The state also provides municipalities with funding to partially make up for the revenue lost because nonprofit colleges and hospitals and state property are exempt from property taxes. The budget deal cuts these funds – known as PILOT grants, for payments in lieu of taxes – by $12.5 million, a 6.6 percent reduction.

In addition, municipalities receive a portion of slot machine revenue from the state’s two casinos. The budget cuts these funds – referred to as Pequot grants – by $3.7 million, a 6 percent reduction.

Many cities and towns will get additional funding through a new $110.4 million grant known as the Municipal Revenue Sharing Account. Since legislators capped the property tax towns can charge on vehicles, this grant aims to offset the revenue towns will lose from the cap.

The Connecticut Conference of Municipalities, which lobbies at the state Capitol on behalf of mayors and first selectmen, was unable to say last week whether the additional funding this grant will provide will be enough to offset the loses towns will incur from the car-tax cap and cuts to other municipal grants.

Here’s a rundown of the state grants that help cities and towns with their operating budgets.

When all these grants are added up, there are a handful of towns that stand to get millions more from the state.

Hartford, New Haven and Bridgeport would get the most in new funding from the state.

Middletown, Greenwich, Fairfield and Norwich will lose the most.

Find out here if your town comes out ahead or behind in the final budget.