Republican legislative leaders are upset that the budget deal scheduled to be acted on by the legislature this week directs an extra $3.52 million in school grants to nine municipalities represented largely by Democrats. 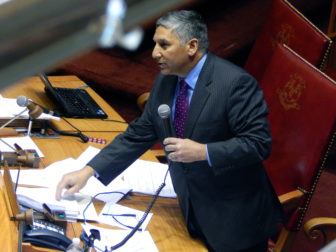 The allocations, known as “earmarks,” provide money beyond what the state’s criteria for distributing Education Cost Sharing grants would prescribe. To Republicans the earmarks look like a legislative “rat,” slang for a narrowly targeted benefit slipped into a bill.

“It’s not right to play political favoritism,” said Senate Minority Leader Len Fasano of North Haven. “It’s especially unsettling at a time when education funds are being targeted for cuts in towns across the state. There’s no reason why these towns are getting this money, other than because of who represents them. It’s favoritism at the detriment of others.”

The Education Cost Sharing grant is the state’s principal way of aiding local schools. By design, it directs more funding to municipalities that have higher concentrations of high-need students and are less able to raise enough revenue through the local property tax.

The budget deal the state Senate is expected to act on Thursday cut the statewide total for this grant by $32.1 million and adjusted the formula so that wealthier communities would lose the most. The remaining towns each were cut 1 percent, which left cities like Bridgeport and Hartford losing more than $1 million each.

But more than $1.1 million in new earmarks were allocated to five towns to mitigate some of the cuts or even increase aid to the town over this year’s level of funding. Those earmarks, according to nonpartisan staff at the Office of Fiscal Analysis, include $200,000 for Farmington, $300,000 for Hamden, $116,700 for Madison, $200,000 for New Britain, and $300,000 for Stonington.

Among the 18 state legislators who represent those communities, 17 are Democrats.

A spokesman for House Speaker J. Brendan Sharkey, D-Hamden, explained in an email the rationale for the earmarks.

“These changes were made to mitigate the disproportionate effects of the cuts on these five towns,” said Gabe Rosenberg, a House Democratic spokesman. “Four of the five are still getting less ECS funding than in fiscal 2016, including Madison, a Republican town that is losing almost $1 million dollars in ECS even after this fix. The fifth, Hamden, is a town that has historically been underfunded by ECS and is barely being kept whole.”

Madison is represented in the House by a Republican and in the Senate by a Democrat. According to the Office of Fiscal Analysis, 114 towns are funded below what the formula says they are owed in the current fiscal year. Twenty-four of the towns fall short by a larger proportion than Hamden.

“Connecticut should be treating communities across our state equally and fairly. Cutting education funding deeply to some towns, while at the same time handing out new money to other towns, is extremely concerning. These education earmarks were not given for any identified policy reason. Rather they were simply set aside for select towns. It raises significant questions,” said Sen. Rob Kane, the Ranking Republican on the legislature’s budget-writing committee.

“That’s the kind of thing that make people in Connecticut and this country leery of politicians,” she said, pointing to looming deficits. “To think now is the time to add extra money for some towns is just plain irresponsible. It’s reckless.” 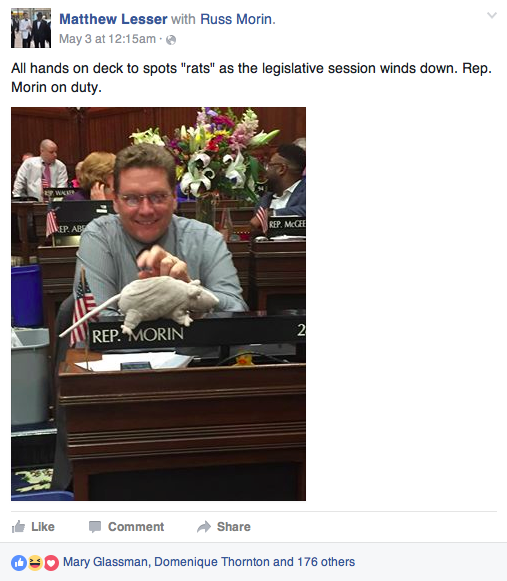 The biggest loser in the budget deal is Middletown – a town represented entirely by Democrats that stands to receive $3.1 million less than this fiscal year.

But The Middletown Press reported Wednesday that Rep. Matt Lesser, D-Middletown, said the state budget deal has not been finalized, negotiations are ongoing and he is predicting a much less severe cut. Lesser was not available for comment Wednesday.