Tribes serve DNC breakfast and a case for casino expansion 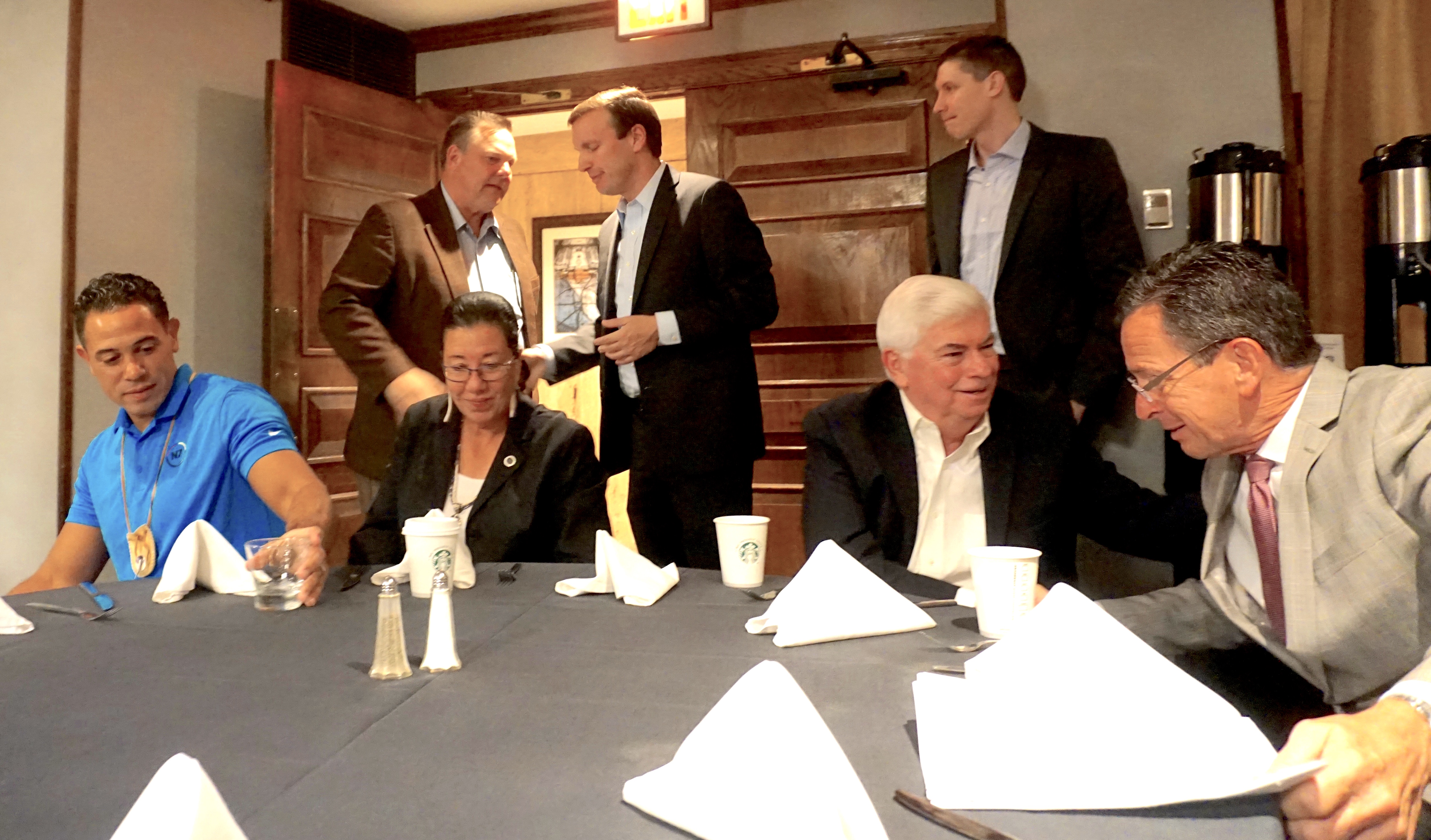 Philadelphia — Sen. Jon Tester of Montana had two reasons for being the featured speaker Tuesday at a breakfast sponsored by the owners of Connecticut’s two tribal casinos: He is the ranking Democrat on an Indian Affairs subcommittee, and he is overseeing Democrats’ expensive campaign to take back control of the Senate.

In his first job, Tester is in a position to help the Mashantucket Pequot and Mohegan tribes in a fight against MGM Resorts International over their right to jointly develop their first casino off tribal lands. In his second job as rainmaker for the Democratic Senatorial Campaign Committee, the tribes have helped him with checks of $10,000 and $5,000.

Tester told Connecticut delegates to the Democratic National Convention that he is a solid ally of the tribes. Not only is MGM coming into the Connecticut market with a casino in Springfield, the Nevada gambling giant is trying to pass federal legislation that would bar the tribes from developing a casino off their reservations to compete with Springfield. 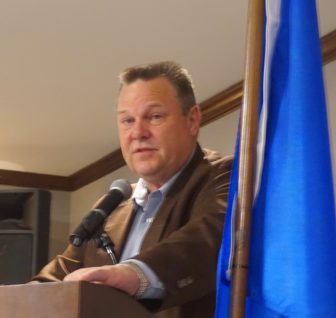 “The truth is when you’ve got the big boys, really big boys coming in, it’s a real problem,” said Tester, a two-term senator who still farms in Montana. “I can tell you, it’s kinda like a vacuum cleaner sucking the money out of the state. It won’t be around. So we’ve got to fight, as we have in the past.”

The two tribes sponsored a river and lake cruise for Connecticut delegates to the Republican National Convention in Cleveland, where there were few office holders to lobby. Here, the tribes’ sponsorship of a breakfast gave them some casual face time with the governor, three U.S. senators, two U.S. House members and other Connecticut officials and activists.

Corporate sponsorships are a staple of modern political conventions.

On Wednesday, Pfizer will sponsor a Connecticut delegation breakfast featuring Congressman John Lewis of Georgia. AT&T is the sponsor for a breakfast Thursday featuring Labor Secretary Tom Perez, Education Secretary John King and Chris Dodd, the former U.S. senator who now is the face of the motion-picture industry in Washington.

Dodd, who came to the Connecticut breakfast Tuesday, said the sponsorships are about building relationships.

“You’re here, the press is here covering it,” Dodd said. “It’s not like it’s some secret meeting.”

The packet handed to every Connecticut delegate included a memorandum about state ethics laws for delegates who might be public officials or state employees. In general, they cannot accept food and drink worth more than $50 from an interest with a registered lobbyist. The sponsors are required to file ethics reports on their wining and dining.

The Mashantucket Pequots paid a $40,000 fine for throwing parties in 2000 at the Republican National Convention in Philadelphia and the Democratic National Convention in Los Angeles. The tribe exceeded the gift limit and failed to make a report on the nine officials covered by the ethics code in L.A. and 15 in Philly. 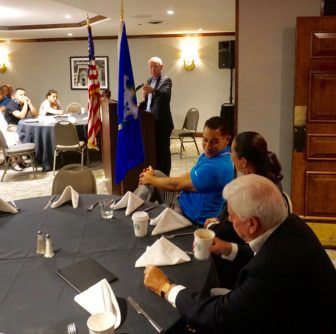 Rodney Butler, the tribal chairman of the Mashantucket Pequots, is hardly a political outsider. He is a Hillary Clinton delegate to the convention. On Tuesday, his co-host for breakfast was Kathy Regan-Pyne, a member of the Mohegan Tribal Council.

The tribes are seeking legislation in the Connecticut General Assembly that would allow them to jointly build a casino in the I-91 corridor between Hartford and the Massachusetts line to compete with MGM Resorts. In Washington, they’ve had to fight the effort by MGM to pass a federal law that would take the decision away from Connecticut.

Butler said he and Lieberman still are on civil terms.

“I talked to Joe about it. Look, it’s a job. We have a very long, good relationship, so it is what it is,” Butler said.

Sen. Dean Heller, R-Nev., tried to amend the Senate National Defense Authorization Act by including a provision that would bar Indian gaming off tribal lands. Butler said the MGM play in Washington, where the company also was backed by Senate Minority Leader Harry Reid, D-Nevada, was heavy-handed and racially discriminatory.

“We thought it important to highlight it. It’s almost Trump-like. It kind of works well with this delegation,” Butler said. “That  bill specifically targeted Indians and said, ‘Yeah, tribes, you stay on your reservation. Don’t do gaming outside of that, or we’re going to try to shut you down.’ What country is this, you know?”

Foxwoods Resorts Casino and Mohegan Sun collectively employ 15,000 workers in eastern Connecticut, where the Pequots and Mohegans have built two of the world’s largest casinos. But they are losing market share to casinos in New York, Rhode Island and, soon, in Springfield.

Congressman Joe Courtney, whose district is home to both tribal casinos, said he was eager to protect those jobs.

“This is an owner that’s not going anywhere. These guys were here before Connecticut. These are people who are in it for the long haul,” Courtney told the Connecticut delegates. “They’re just always looking at the long game, and we really have to do everything that we possibly can to help them.”