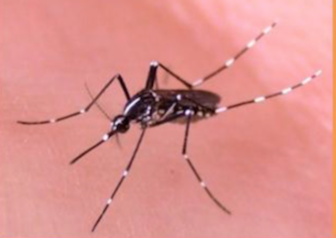 Washington – Connecticut has received nearly $1 million this week from the federal government to combat the Zika virus – enough for now, state officials say, but not if the crisis worsens. Meanwhile, the blame game continues in Washington over who is responsible for holding up more than $1 billion that could bolster states’ efforts to fight the disease.

Worries are growing about the threat posed by the mosquito-borne virus after authorities in Florida last week reported the first signs of local transmission of Zika in the continental United States. Fifteen such cases have been reported in south Florida.

As of Wednesday, Connecticut had confirmed 49 cases of the virus, three of them in pregnant women. All of the cases were contracted overseas – but that could change.

Nationally, there have been more than 6,400 confirmed cases and 855 pregnant women infected with the virus.

Zika is a flavivirus most typically transmitted by mosquitos or ticks that can spread quickly. It is rarely fatal, resulting in symptoms that include fever, rash and muscle and joint pain.

But a Zika infection during pregnancy can cause severe birth defects including microcephaly, a defect characterized by an abnormally small head and an underdeveloped brain.

President Obama in January asked Congress for $1.9 billion to combat Zika at home and abroad and to pursue a vaccine.

Republicans balked at appropriating that much money without cuts to other programs and said money to fight the Zika virus could come from funds approved to combat Ebola.

A $1.1 billion compromise bill failed after House of Representatives Republicans attached language that would impose restrictions on abortion and defund part of the Affordable Care Act. Congress recessed for the summer last month without approving any Zika-fighting funds and won’t reconvene until September.

Now Democrats and Republicans are pointing fingers at each other over who is to blame for a lack of Zika funding during the height of mosquito season.

Rep. Rosa DeLauro, D-2nd District, is the top Democrat on the House Appropriations subcommittee responsible for funding the Department of Health and Human Services and agencies like the Centers for Disease Control and Prevention, which is leading the federal government’s fight against Zika.

She said it is “unacceptable” that “Republicans in Congress have delayed acting on the president’s emergency request for months, choosing instead to wait until after Labor Day to deal with this crisis.”

“Next year, when the first children with Zika-related microcephaly are born in the U.S., we will ask ourselves, ‘Why did we wait?’ Republicans will have to answer for that,” DeLauro said.

It said the Obama administration has enough money “in the pipeline” to confront the crisis and could have more if it pressed Democratic House members like DeLauro to vote for the compromise bill.

“The Obama administration is issuing major warnings for Florida, but it’s still not making a real effort to push congressional Democrats to pass this funding legislation,” a statement from Ryan’s office said.

Also on Wednesday, Sylvia Brwell, secretary of Health and Human Services, wrote a letter to DeLauro and other key members of the House and Senate Appropriations Committees that said the department “is constrained in what it can do since Congress has not yet passed an emergency supplemental bill to provide additional resources.”

Burrell said, “The department is committed to using scarce federal dollars aggressively and prudently” and has “repurposed” about $374 million “that can be used for domestic response efforts.”

“Now that the United States is in the height of the mosquito season and with the progress in developing a Zika vaccine, the need for additional resources is critical,” Burwell said.

Connecticut has received two grants this week from the CDC out of these “repurposed” funds.

“These awards are a stopgap diverted from other public health resources until Zika funds are provided by Congress,” the CDC said in a statement.

Connecticut will use the money to establish and maintain a registry on microcephaly and other birth defects linked to Zika, track those cases over time and make sure affected children receive all social services available for their care.

“There is a lot about this disease we just don’t know,” she said.

Downes also said DPH will use the grant money to test people referred by doctors who suspect their patients may have contracted Zika and by the Connecticut Agricultural Experiment Station to track and list mosquitoes in the state. As of Wednesday, 506 people had been tested in the state.

Downes said the CDC funds will keep the state’s Zika-fighting efforts going for the next year.

“However, it is important to remember that this is not a one-year disease. We anticipate that Zika will be an issue for the foreseeable future, so it is critical to ensure that we have funding to continue our Zika efforts beyond just this year,” she said.

She also said Connecticut did not have any federal funding for mosquito management, “should we begin to see local transmission of Zika or to engage in preventative activities next year to mitigate the risk of local transmission.”

“Right now, we have the funds to find Zika and the mosquitoes that could transmit it, and funds to communicate those findings, but we don’t have the funds to address local transmission problems if they arise,” she said.

Although the mosquitoes that are most common in Connecticut do not transmit Zika virus, it has been detected in Mexico in another species, the Asian tiger mosquito, that is found in coastal Fairfield and New Haven counties.

Downes said she understood Florida and other southern states are most vulnerable to the disease now and need the lion’s share of any federal Zika funding, “but we do have patients with Zika here in Connecticut and it is critical for us to have the resources necessary to address Zika now and in the future.”

Meanwhile, calls for Congress to cut short its recess and act on a Zika bill are growing.

Sen. Richard Blumenthal, D-Conn., and Senate Minority Leader Harry Reid of Nevada are among those calling for Congress to reconvene.

A few Republicans, mostly from Florida and other Southern states, have also joined the effort.

“I hope we’ll return to Washington quickly, take a day and just pass this funding measure so we can start to get funds flowing,” Sen. Marco  Rubio, R-Fla., said on Monday.