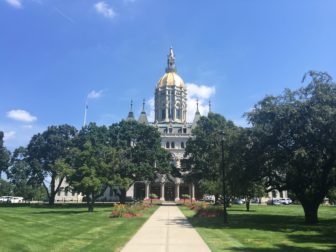 After releasing an initial report last month showing significant savings in overtime costs, the legislature’s nonpartisan fiscal analysts announced Tuesday that state agencies spent about $37.1 million less on overtime in the fiscal year that ended in June than in the year before.

The report from the Office of Fiscal Analysis found the state spent approximately $219 million on overtime in the 2016 fiscal year, down from $256.2 million in the year before.

State agencies found a higher percentage of savings in the final month of the fiscal year, June, than they averaged in the previous 11 months, producing an additional $4.2 million in savings.

“I instructed all of our commissioners … to cut our expenses to the greatest amount possible, particularly in those areas less likely to affect services being provided,” Gov. Dannel P. Malloy said. “This is a great success, and we’re happy with it.”

“This data confirm that state agencies are working effectively to change practices and live within our means in this new economic reality,” Barnes said. “State workers, managers and agency leaders should all be congratulated for this deep and meaningful reduction.”

In total, 28 state agencies reduced overtime pay from the previous fiscal year, including 11 that cut overtime pay by more than half.

About 96 percent of the savings was achieved through overtime pay cuts in five state agencies:

Two agencies had no overtime expenses in the 2016 fiscal year: the Department of Motor Vehicles and the Commission on Children. The two spent about $7,000 combined on overtime in the previous fiscal year.

Tuesday’s report includes three additional state entities not included in the July report: the Division of Criminal Justice, the African-American Affairs Commission and the Commission on Children. All three reported overtime savings.