Henkel to move business from Arizona to Stamford, with state aid 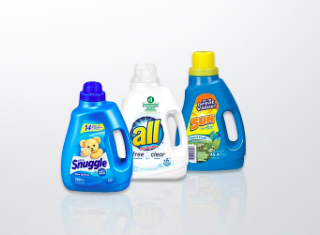 Some of Henkel’s best-known consumer products.

Henkel, a German manufacturer of soaps, beauty products and industrial sealants, is expanding operations in Connecticut by moving its laundry and beauty divisions from Scottsdale, Ariz., to Stamford with the assistance of up to $20 million in forgivable loans from the state’s “First Five Plus” program.

A presence in Connecticut since it purchased Loctite in 1997, Henkel recently purchased Wilton-based Sun Products, the maker of Wisk, all, Snuggle and other detergent and laundry products. It bought Dial, the soap company with a long presence in Arizona, in 2004.

To avoid repaying $15 million of the loan, Henkel has to retain 678 jobs and create 200 new ones, which must be retained for at least two years. If an additional 66 jobs are created within three years and retained for two years, the remaining $5 million would be forgiven.

The company also may be eligible for up to $5 million in tax credits through the Urban and Industrial Sites Reinvestment program.

Related links
Call it corporate welfare or investment, Malloy says it pays off
The Big Business of Competing for Business

As Sikorsky proves in CT, states will compete for jobs

“First Five Plus is doing just what it was intended to do, namely attract large development projects with tremendous job-growth potential,” said Catherine Smith, the state commissioner of economic development. “The program is outperforming our expectations both in terms of jobs and what the state’s investment is leveraging.”

According to a report last month by the Department of Economic and Community Development, the state’s First Five Plus program for companies able to promise a minimum of 200 new jobs has helped attract private investments of nearly $1.3 billion, retain 13,349 jobs and create 3,759 jobs.

Of the 13 companies to previous get First Five aid, five are short of the 200-jobs threshold, but the others have each produced between 243 and 618 jobs. One of the laggards, EDAC Technologies of Cheshire, received $48 million in direct aid, including a $10 million grant. It has produced four net new jobs.

The Henkel aid package not only helped attract jobs from Arizona, but it produced a marketing blurb about the state’s much-maligned business climate.

“Henkel and Connecticut have been partners in economic development since 1997, when Henkel acquired Loctite Corporation,” said Jens-Martin Schwaerzler, president of Henkel Consumer Goods Inc. North America.  “The expansion of our operations and footprint in Connecticut is a testament to this partnership and to the great economic climate, making it attractive to any growing business.”

“When an international company of Henkel’s stature decides to relocate to our state, expand its operations, and create hundreds of new jobs, it sends a message to the rest of the world that Connecticut is serious about working with companies to grow, generate capital investment, and strengthen our economy for the residents of our state,” Gov. Dannel P. Malloy said.

The acquisition of Sun made Henkel the number two laundry and home care products company in North America after Procter & Gamble. Sun has annual sales of $1.6 billion in the U.S. and Canada.

Henkel, which will invest $50 million in its new offices, has not publicly identified a location in Stamford. It expects to move its Arizona division to Stamford in the second quarter of 2017.