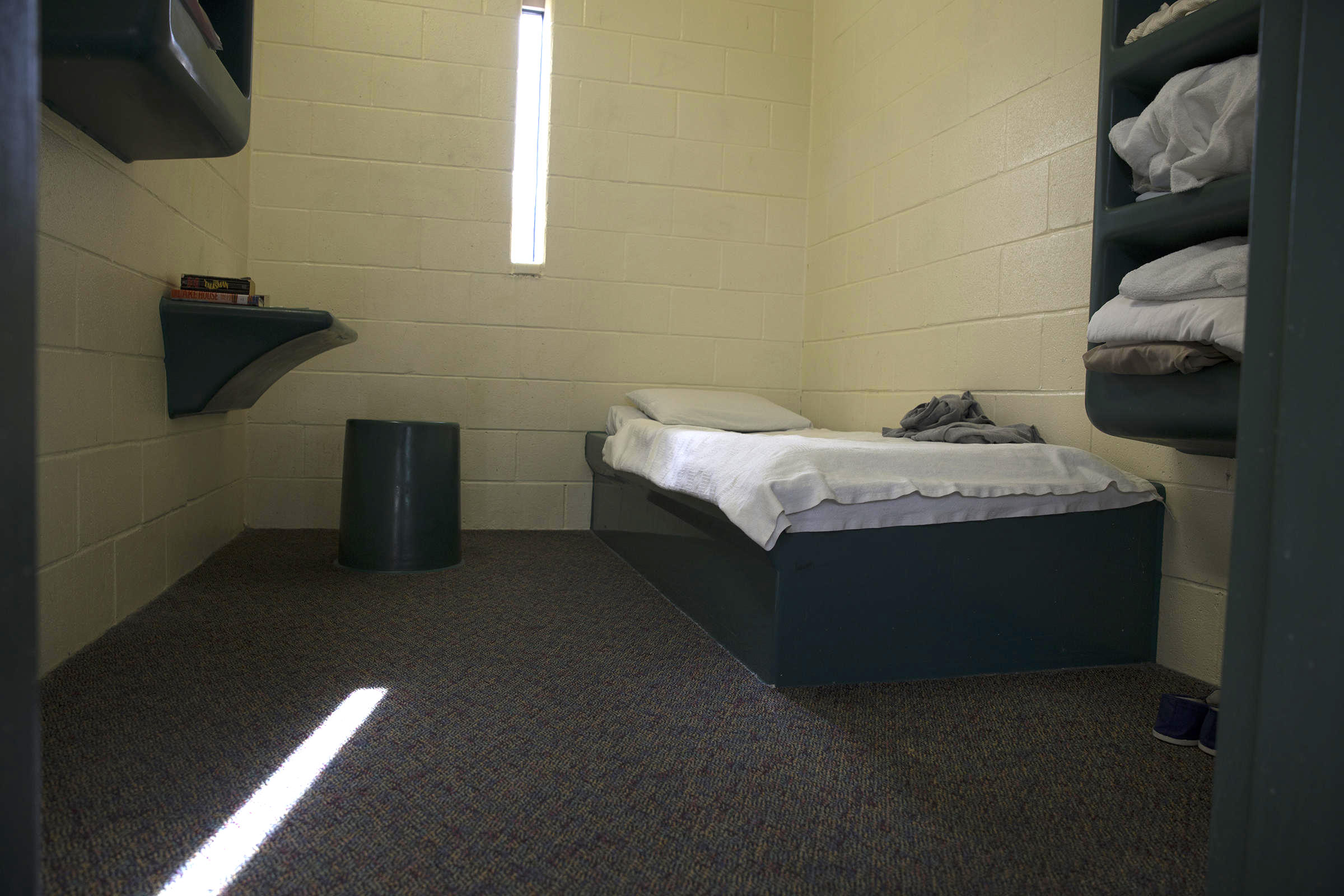 The Department of Children and Families’ plan to close its controversial jail in Middletown relies on shrinking the pipeline of youths who need to be locked up – and opening a smaller, more therapeutic program, potentially in Hamden or Stratford, for those who still require a secure placement.

The plan follows criticism from national experts of Connecticut’s approach to juvenile justice and a state watchdog’s investigation of conditions at the Connecticut Juvenile Training School,  which included videos of youths being violently restrained by staff for not following orders. Following the controversies, Gov. Dannel P. Malloy called for closing the facility by July 2018.

Advocates long have complained that youths convicted of crimes not serious enough to land them in the adult correctional system and who pose no risk to the public are being incarcerated at the maximum security facility because there is nowhere else to put them – and that support services in the community are lagging.

The plan asks for lawmakers to provide DCF with $7.2 million more to ameliorate wait lists and open additional supports for those struggling with substance abuse or mental health issues. It also would expand vocational training and housing supports for those youths.

“DCF recommends expanding these services as a key strategy for serving more youth in the community and fewer youth in secure placement, as the current service array cannot meet the demand in all parts of the state,” reads the agency’s final report.

A new tool to better assess whether a youth poses a danger to the public also was launched in April, and the plan calls for continued dedication to that strategy. That tool gauges a youth’s risk-level based on their history of relationships with family and peers, use of drugs or alcohol, involvement in recreational activities and other factors.

Of the 62 youths that a judge committed to DCF since the new tool was rolled out recently, 50 were deemed to be at either high or very high risk of committing another offense or of posing a public danger.

The remaining youth were not placed at CJTS.

The plan also would overhaul the agency’s oversight of youth placed in the community by requiring juvenile justice social workers to more frequently visit those on parole and to provide more behavioral health programs for youth.

Surrounded by tall fences and featuring cells with narrow windows and security cameras everywhere, CJTS has been controversial since it opened in early 2000. But Joette Katz, the DCF commissioner, and many others agree that the state will always need some secure facility to house youth.

The plan released Wednesday does not provide what that alternative will be, but the department has for the first time floated two possibilities: High Meadows in Hamden or the Ella Grasso Regional Center in Stratford.

Both locations are already owned by the state.

The Malloy administration earlier this year closed the Ella Grasso Regional Center, which provides residential care for people with intellectual or developmental disabilities.

High Meadows was a state-run institution that provided care for boys whose families abused or neglected them until it was closed in 2009. 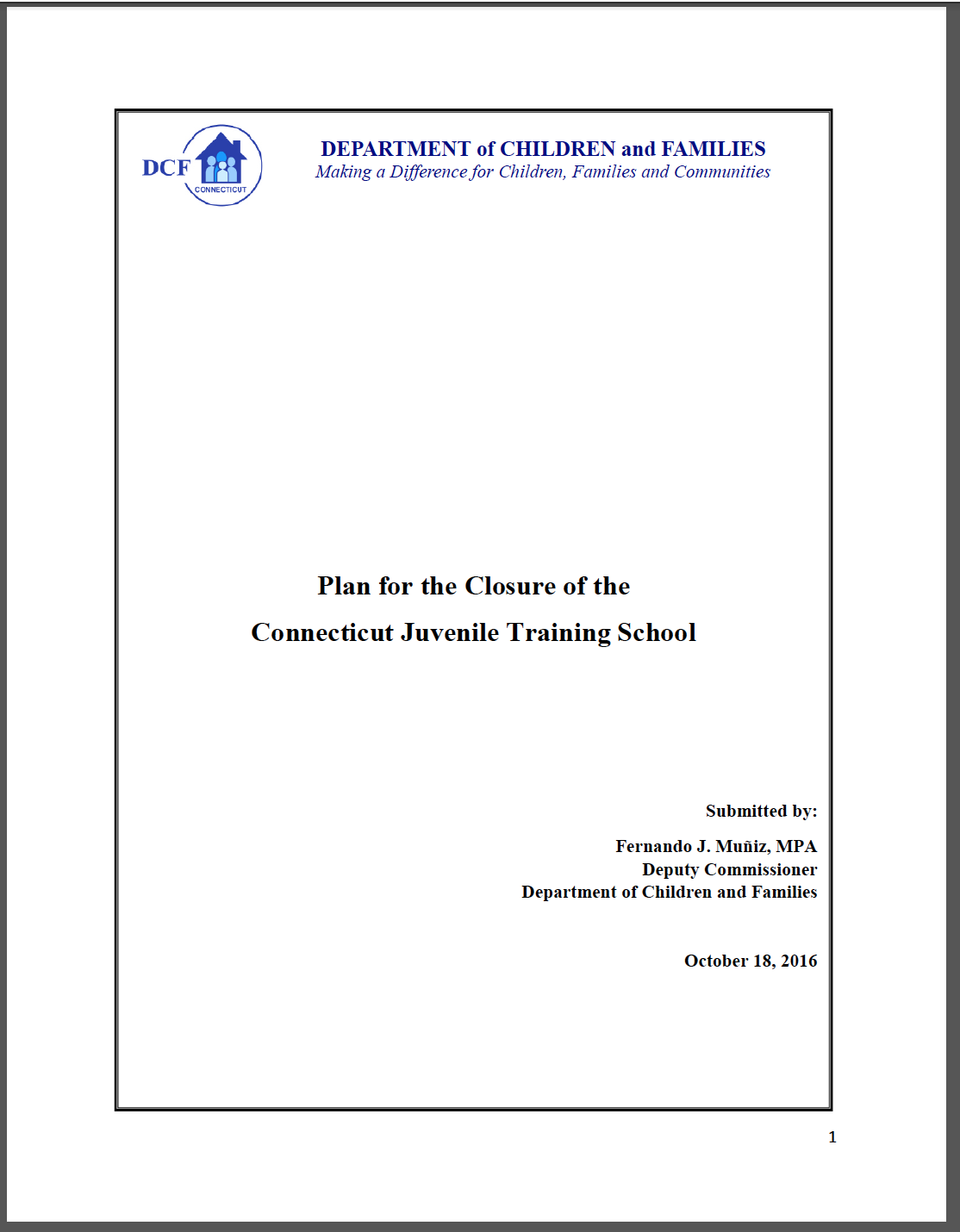 This isn’t the first time Katz has eyed reopening High Meadows. As Katz worked to bring youths who had broken the law and been placed in out-of-state institutions back to Connecticut, the commissioner proposed reopening the Hamden facility having it run by a private provider.

That proposal for a 20-bed residential center for males estimated the state would save $1.3 million a year by cutting in half the average amount of time offenders would live in state custody.

DCF also plans to continue to host forums over the next three months to gauge options for serving some youth through private providers and have architects tour High Meadows, Ella Grasso and other properties to determine what the best alternative to CJTS is.

A final plan is expected to be done by February. However, the department said it will continue to “develop a plan for modifying CJTS if alternate locations cannot be found.”