At CT’s juvenile jail, a spike in staff injuries

The number of youth incarcerated at the state’s controversial jail for juvenile offenders may have reached a record low, but the number of staff being injured in assaults or while physically restraining residents has shot up. 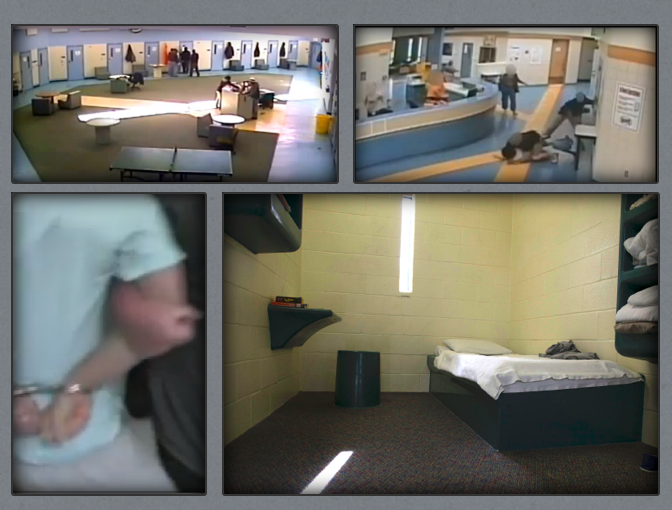 The juvenile jails in Middletown

The number of staff injuries reported at the Connecticut Juvenile Training School in Middletown over the last five fiscal years has ranged from a low of 158 in 2012 to 270 last year. With one month still left to go in the current fiscal year, there have been 334 staff injuries – a 24 percent increase.

The spike comes despite the fact that the number of boys at CJTS has decreased from an average of about 90 in October to about 60 in January to 42 on Wednesday. Officials blame the increased violence on a higher concentration of the most difficult residents among those still at the institution.

“It’s not as if you have this colossal increase in workers compensation [reports] while we had a steady population of 42 kids,” Department of Children and Families Commissioner Joette Katz said in explaining the increase last week. “It’s not directly related to the number of youth there. It’s really related more to the behaviors of their conduct that brought them into our care and custody in the first place. So there have been many assaults on staff, and that has contributed to the increase in workers’ compensation.”

The sate’s child advocate rejected the idea that residents were responsible for the increase, however.

“The department’s penchant for concluding that the youth are damaged goods and that the program is great is concerning and belied by the data regarding restraint, seclusion and other concerning markers, said Child Advocate Sarah Eagan.

“Staff and youth both need a program that works well to support and structure youth” she said. “DCF’s adherence to a narrative that the kids are just violent and incorrigible is not a good sign for the agency’s continued leadership of the state’s juvenile justice efforts.”

The state has approved a transfer of $2.7 million in workers’ compensation to pay for the increase in the medical bills and time off for injured staff.

This increase in violence comes at a particularly trying time for the maximum security facility, which is run by DCF.

Gov. Dannel P. Malloy has announced plans to close the jail by July 2018. It is the state’s lone jail for youth who commit crimes not serious enough to land them in the adult correction system.

The state’s child advocate had previously released the results of an investigation last summer that concluded that youths housed at CJTS and the neighboring facility for girls, the Pueblo Unit, have at times been unlawfully restrained and put into seclusion for extended periods. The release of surveillance videos of several incidents followed. Mental health experts and civil rights advocates also decried how youth were being treated, and national juvenile justice experts were critical in two separate reports.

DCF introduced limits on restraints, increased reporting requirements and ramped up training after the criticism to improve the conditions of confinement at the jails. But Eagan, whose agency conducted the investigation last year and has continued to monitor the facility, said Tuesday it is clear things have not improved.

“There continues to be concerns about volatile conditions,” Eagan said in an interview. “The pattern of injuries tells you something about restraint incidents. We are seeing at least the same number [of restraints] as when we did our investigation.”

Eagan said there have steadily been 45 to 80 restraints each month at CJTS.

Officials at DCF say that’s because only the most difficult offenders remain at the facility now.

“Restraints have remained relatively constant because, while the overall census is down, the number of youth who are extremely challenging remains constant as well. It is that group of challenging youth who are involved in these types of interventions. The lower census reflects the fact that the less-challenging youth are no longer in the facility. That, of course, leaves only the most complex youth who require interventions to manage their difficult behaviors,” said Gary Kleeblatt, DCF’s spokesman. “We take very seriously the safety of our staff and the costs associated with worker injuries.”

Almost all of the increase in workers’ compensation injury reports stems from injuries that occurred while youth were being physically restrained, though assaults on staff have also risen, state data show.

Katzs said the increase in injuries cannot be attributed to staff being more hesitant to restrain youth in the wake of all the attention such incidents have received.

“Often when staff have to engage in restraints, that’s what actually increases worker comp. So I can’t say that workers compensation claims have increased as a lack of restraints,” said Katz. “We’ve learned and done a lot of training on de-escalation techniques.”

Only three youths were injured while being restrained at CJTS, the agency reports. The injuries included swelling, bruising and abrasions.

Union leaders said staff regularly have to break up fights or are attacked themselves, which leads to youths needing to be restrained.

“You have to take the youth you get. If they are there, they can’t make it anywhere else. We’ve got the worst of the worst,” said Paul Lavallee, president of AFSCME Local 2663, which represents youth service officers at the school. “You have kids there that are antisocial with a violent nature.  Our members are responding to violent, heated altercations, and our folks are getting caught in the middle.”

The state of Connecticut juvenile incarceration in 17 charts

Long hours for many staff at juvenile jailsClosing CT’s juvenile jail: Opportunities and obstacles aheadJuvenile justice reform in CT: 5 things to knowYouth incarceration down; obstacles remain for some dischargesJuvenile incarceration in Connecticut: A tale of two agenciesA second chance for CT youths who break the law?Giving young offenders 2nd chance means system-wide reformBoys in jail in Connecticut at a 10-year highFew disciplined over restraints, seclusion in juvenile jails

Lavallee pointed out that, while a 230-pound, six-foot, 16-year-old boy “with adrenaline running” is physically an adult, his response to conflict is too often not that of an adult.

“We know his mind is immature, and we are tying to negotiate with youth, and typically their reactions are physical,” he said.

October and January were the most violent months at CJTS during the last year. During those months the number of injuries doubled.

Recent layoffs do not seem to have exacerbated the number of injuries despite staff warnings during a press conference that 107 layoffs made in April would probably lead to unsafe working conditions.

Data show that the number of injuries reported in April and May are down slightly from the same month in previous years.

State officials have maintained that the layoffs would not have a detrimental impact since the facility’s population has shrunk so substantially while the number of staff had remained relatively the same.

Legislators last month raised concerns about safety at the facility after some workers complained about having to work mandatory 18-hour shifts in the wake of the layoffs.

“That was for a very short windows, because people were relieved of their responsibilities, and so we had to do last-minute shift scheduling,” Katz told the Finance Advisory Committee last week while discussing the workers’ compensation increase. “I believe that will not be carried forward for a number of reasons.”

Agency officials told the state panel that oversees juvenile justice last month that they have asked the governor to refill the positions of some of those who were laid off. The Office of Policy and Management has been unable to provide information over the last three weeks about whether they have given DCF the nod to bring back some laid-off staff.

The spike in injuries at CJTS captured the attention of Republican legislators. 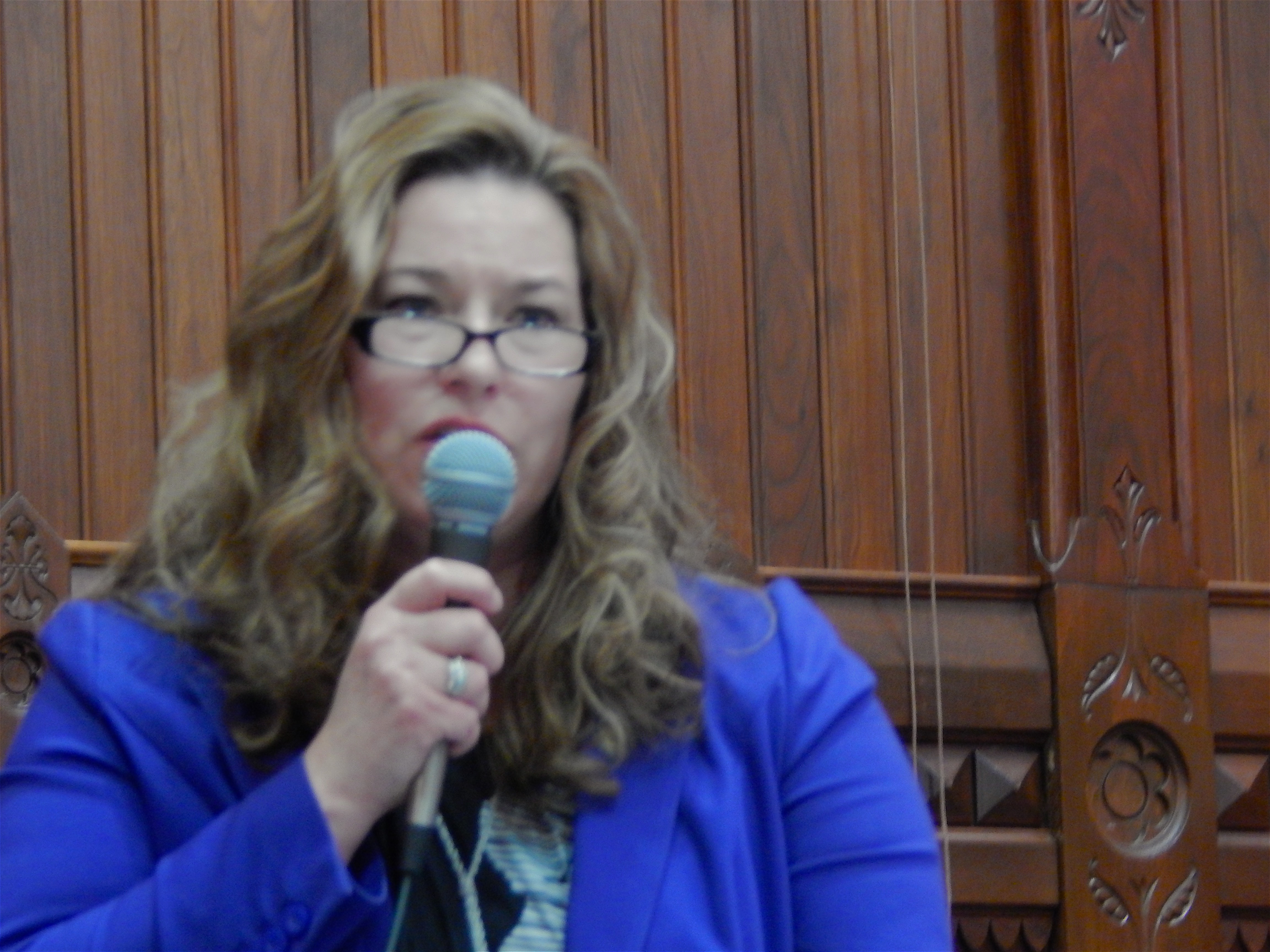 “I am a little concerned about the direction that this is heading,” said Rep. Melissa Ziobron

Experts who track changes in workers’ compensation say they are unable to identify any changes in state or federal law that would increase the number of eligible claims or the amount paid that would be driving up costs.

“More likely what’s happening is there has been some change in practice at the local level,” said John F. Burton Jr., a professor emeritus at Rutgers University and Cornell University and a member of the Study Panel on National Data on Workers’ Compensation of the National Academy of Social Insurance.