Malloy to Congress: Obamacare repeal would be ‘disastrous’ 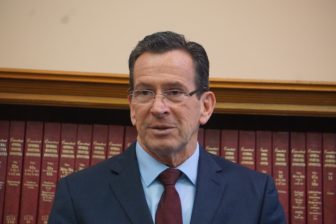 Responding to a request for input from top congressional Republicans, Gov. Dannel P. Malloy warned that repealing the Affordable Care Act without a replacement would create “disastrous uncertainty for families and businesses,” threaten the stability of Connecticut’s insurance market and companies, and leave the state with no insurers willing to write policies for the next year.

But the governor, a Democrat, also wrote in a letter that he would work with Congress to make improvements to the existing health care system. And in a separate letter, Insurance Commissioner Katharine L. Wade recommended several areas for improvement, including focusing on the stability of insurance markets, allowing more flexibility in the types of health plans people can buy, eliminating redundancies between state and federal insurance regulation, and addressing health care costs that continue to grow faster than wages and inflation.

‘We’re in limbo:’ For many in CT, Obamacare’s uncertain future is personal

The two letters, sent Friday, were in response to a request by House Majority Leader Kevin McCarthy and five House Republican committee leaders sent last month to all governors and insurance commissioners, seeking ideas to inform their work on health care. While Malloy and Wade framed the federal health law as a success that reduced Connecticut’s uninsured rate and led to new benefits for nearly all state residents, McCarthy and his colleagues wrote that, “Obamacare continues to saddle patients with less choice, higher costs, and mountains of mandates,” and suggested that new reforms would be required.

“The American people deserve more patient-oriented solutions driven by innovative thinking that takes into consideration the unique needs of a diverse country,” McCarthy and his colleagues wrote. “This means more state choices and fewer federal mandates.”

Their letter included nine questions seeking input on a variety of areas, including what Congress could do or consider to give states more flexibility in their insurance offerings, to stabilize their insurance markets, to reduce costs and improve outcomes in Medicaid, and to preserve employer-sponsored insurance coverage and reduce costs. They also asked what long-term reforms would improve affordability for patients, and whether each state would create a high-risk pool for people with significant medical needs if federal law allowed it.

Neither Malloy nor Wade addressed the question about high-risk pools. Some past Republican proposals for replacing Obamacare have called for the use of state-based high-risk pools.

In his response, Malloy blasted Republicans for seeking to repeal the health law, saying that repealing it without an alternative would “effectively destroy the current marketplace and deny Americans access to affordable health care.”

Malloy offered a snapshot of Connecticut people aided by the law, noting that nearly 110,000 people each year buy private insurance through the state’s health insurance exchange, and more than three-quarters of them receive federal subsidies through the health law to discount their premiums. More than 200,000 Connecticut residents are now covered by a Medicaid program the state created under the Affordable Care Act. In addition, he noted, the law allows people with pre-existing conditions to buy coverage through the individual market without being charged more because of their health, and includes other benefits that affect nearly everyone who buys insurance.

The governor also pointed to the state’s insurance industry, which he said employs 60,000 people directly and is responsible for an additional 52,000 Connecticut jobs.

“I have grave concerns that a full-blown and rash repeal will seriously disrupt the insurance market, hurting consumers and our economy,” he wrote. “Carriers need and deserve clarity and predictability, neither of which will be provided if the ACA is repealed without an equivalent, comprehensive plan to cover the millions of Americans who will be left without insurance.”

“Repeal without a corresponding replacement now will mean no one will write insurance policies for the next enrollment year,” he added.

Malloy also expressed “a serious concern” with another Republican proposal, replacing the current open-ended funding structure of Medicaid – in which the federal government reimburses states for a percentage of their spending – with a system that gives states a set amount of money, either through a block grant or a set amount per client. Such a change would “significantly undermine our state’s Medicaid program,” Malloy wrote, adding that the program had had relatively steady per-person costs in the past five years. Connecticut’s Medicaid program, known as HUSKY, now covers close to 750,000 state residents and costs close to $6 billion.

Wade wrote that Congress should work to improve the health law, rather than repeal it, and suggested places to start. Those include stabilizing the markets – she noted the need to protect people with pre-existing conditions while enticing health people to stay covered – and allowing more flexibility in plan designs. She also suggested reviewing mechanisms included in the health law that were meant to provide financial stability and limit risk among insurance companies, and focusing on the cost of health care.

“Both the cost of care and utilization are growing. Unless these factors are addressed, we will not have success in making health insurance premiums affordable for the broadest group of consumers,” she wrote.