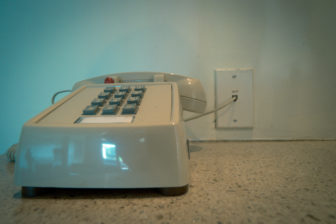 The electronic visit verification system requires home care workers to call in when they arrive at a client’s house, using a landline phone or app that shows where they are.

Home care agency leaders have a lot of complaints about a new electronic system the state’s Medicaid program requires them to use.

They say the new system has delayed payments, required them to hire staff to fix billing issues manually, and has led some agencies to consider phasing out service to Medicaid clients altogether. They say the state owes home care agencies more than $1 million.

They want the state to delay plans to require more agencies to use the new system beginning Feb. 1.

But a spokesman for the state Department of Social Services said the claim denial rate for the new system is significantly lower than in the past, and said anecdotal information from clients indicates the system could be improving services. There are no plans to delay the launch, which has already been postponed by several months. And he said that while the department is looking into the agencies’ claim they are owed more than $1 million, “initial review indicates otherwise.”

“This system change is about making sure Medicaid isn’t being milked by over-billing, no-show claiming and other abuse and waste,” DSS spokesman David Dearborn said. “We look forward to continuing to work with caregiver agencies to refine and move the system forward.”

The new system, known as electronic visit verification, or EVV, is intended to track when workers arrive at clients’ homes and what tasks they perform. DSS anticipates it could save the Medicaid program between $8 million and $15 million per year, and Dearborn said it will eliminate over-billing through “time-padding,” because workers will use the system to report when they arrive and leave in real time.

Home care agency officials say they support the use of such a system, but say the one the state is mandating, and its rollout, have been problematic. Agencies that provide non-medical home care services were required to begin using it Jan. 1, and home health care agencies are required to do so beginning Feb. 1. 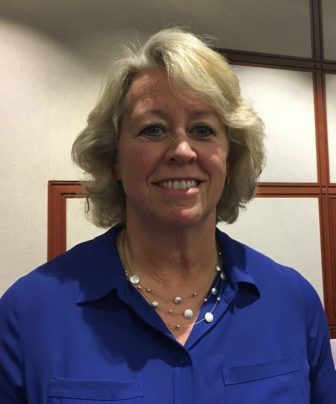 Tracy Wodatch, vice president of clinical and regulatory services at the Connecticut Association for Healthcare at Home, said that in a survey of 39 agencies, 14 said they had plans to phase out service to Medicaid clients, either through attrition, actively discharging clients or not taking any new ones.

Heather Marquis, who works for a Goodwill program serving people with acquired brain injuries, said her agency hired two full-time staff to deal with the new system. The claims filed for services provided to its 60 clients have generated close to 2,900 issues that require being addressed manually, she said Friday during a meeting of a committee of the council that oversees the Medicaid program.

One billing consultant who works with eight agencies said she has a client that is more than $100,000 behind in payments from the state. “I just hope it’s not the downfall of home care because a lot of these smaller agencies can’t afford to go two and three months without getting paid,” said Michelle Charette, owner of Home Health Billing Solutions.

Dearborn said the claim denial rate with the new system is 3 percent, while the denial rate before the electronic system averaged 9 percent. The department has a process for interim payments for agencies that receive less payment than expected, he added.

And Dearborn pointed to what he called “interesting” anecdotes about the impact of the new system.

“An adult child mentioned that her elderly mom is impressed that the caregiver is always ‘on time’ now,” Dearborn said. “Our staff also has heard some disturbing reports from clients about caregivers ‘checking in,’ leaving and then coming back to check out, which obviously is a violation, but means that clients are becoming more aware of the caregivers’ schedule with this new system, and this will eventually help tighten up accountability.”

A group of advocates, provider agency associations and a labor union leader wrote a letter to Gov. Dannel P. Malloy Friday requesting that the state stop requiring the new system be used for now and form a working group to develop requirements for the system that includes representatives from home care agencies, clients, and advocates. They also asked that the department allow agencies to use their own EVV systems to submit data, rather than having to use one selected by DSS.

In the past, DSS officials said they thought it was better to have the department oversee the system, rather than having providers manage it.

The letter said the state seems to be achieving savings not by ferreting out fraud but by denying legitimate claims. “Such inappropriate ‘savings’ at the expense of conscientious providers will drive providers out of the Medicaid program,” the letter said, warning that a loss of service providers could lead people to be institutionalized.

One key legislator is asking DSS to delay the next stage of the rollout.

“I don’t understand why we are rushing this as a state when we don’t have our ducks in a row,” Rep. Catherine Abercrombie, D-Meriden, co-chair of the Human Services Committee, told DSS officials during the Friday meeting. She said providers are “scared to death” that their claims will continue to be delayed, leaving them unable to make payroll.

Before the new system, some agencies used their own electronic system to track workers’ hours and tasks performed, while others have relied on paper records.

The new EVV system requires workers to call in from the clients’ home or use a mobile app with GPS to identify where they are. But that can be a problem if the aide instead works with the client somewhere in the community, such as going to the grocery store, said Sheldon Toubman, an attorney with the New Haven Legal Assistance Association. As a result, he said, some clients have been told that they can’t receive services unless they are at home.