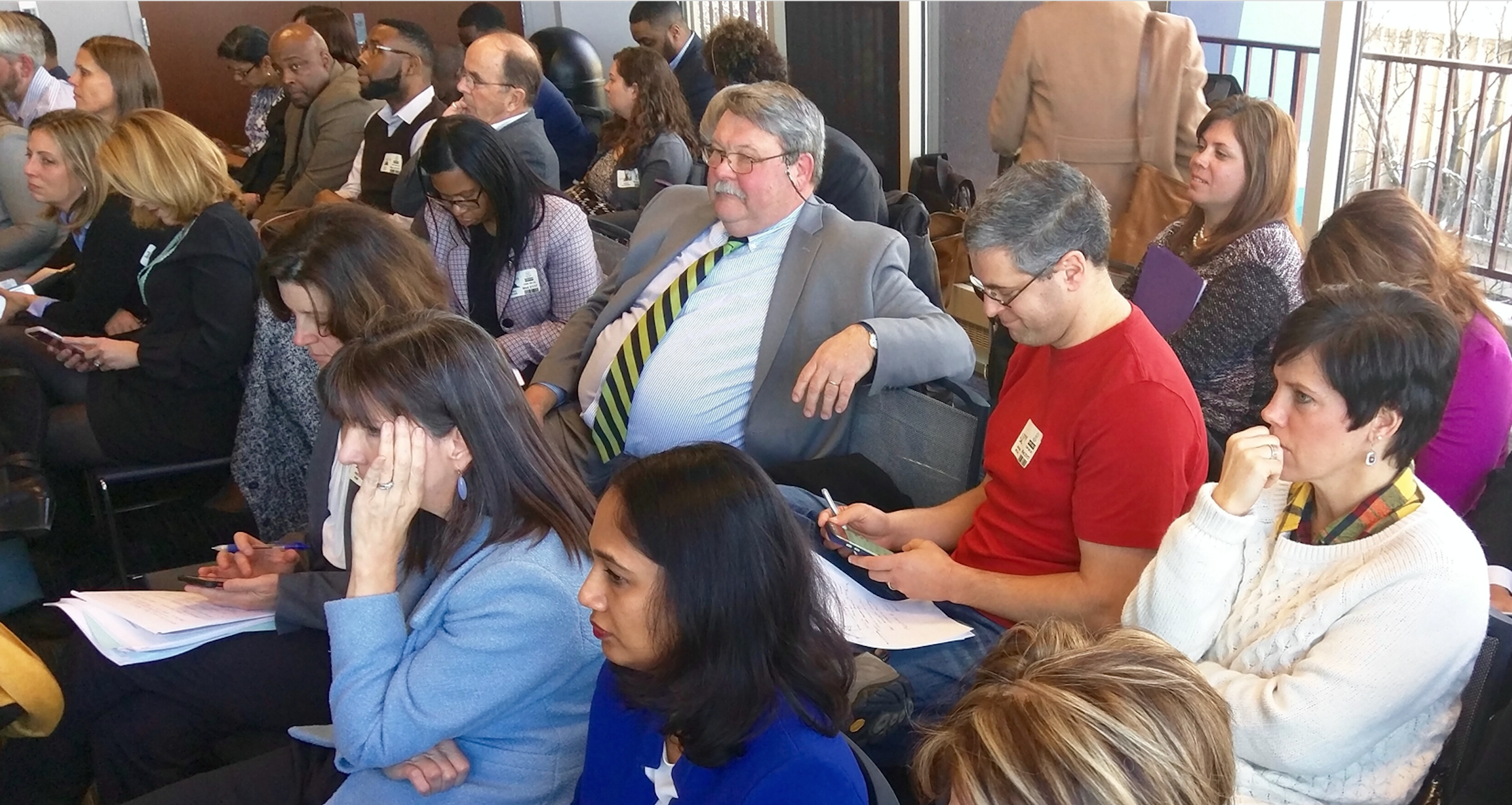 Parents and special education advocates pack the State Board of Education meeting Wednesday.

When educators were unable to help Susan Davis’s 8-year-old autistic son calm down at school, he was put into a four- by six-foot, custom-built box.

Davis and her husband were unaware their son was being regularly restrained and secluded until she visited his classroom so she could get a more complete picture of the education he was receiving.

“We had no idea that this was happening to my child. My son was never able to articulate any of these events to us,” Davis, from north central Connecticut, told the State Board of Education Thursday. “If we did not have access to observations, who knows how long this would have continued for.”

Seventy-one parents of special education students who have had limited or no access to their children’s classroom are begging the State Department of Education to remove barriers they say their local schools have put in place that effectively keep them – and outside experts they consult – from observing.

Parents can consult independent experts when they do not agree with school staff about what special education services their child needs.

Depending on the district, restrictions may include limiting visits to one 30-minute observation every other month, requiring that experts be certified by the state education department in a specific specialty area, mandating that experts have liability insurance, and requiring the parents of every student in the class to sign off before an expert can visit.

One parent whose child was struggling with speech and reading wanted to consult an expert from Haskins Laboratories, which is affiliated with Yale University, but was told their staff wasn’t qualified.

“Far too often school evaluations are deficient in scope, administration and analysis. Parents should be able to challenge that analysis,” Geraldine Fleming, a parent of a special education student in Greenwich, told the state panel this week. “Independent educational evaluations inject a modicum of fairness into a system tilted toward the maker of the record.” 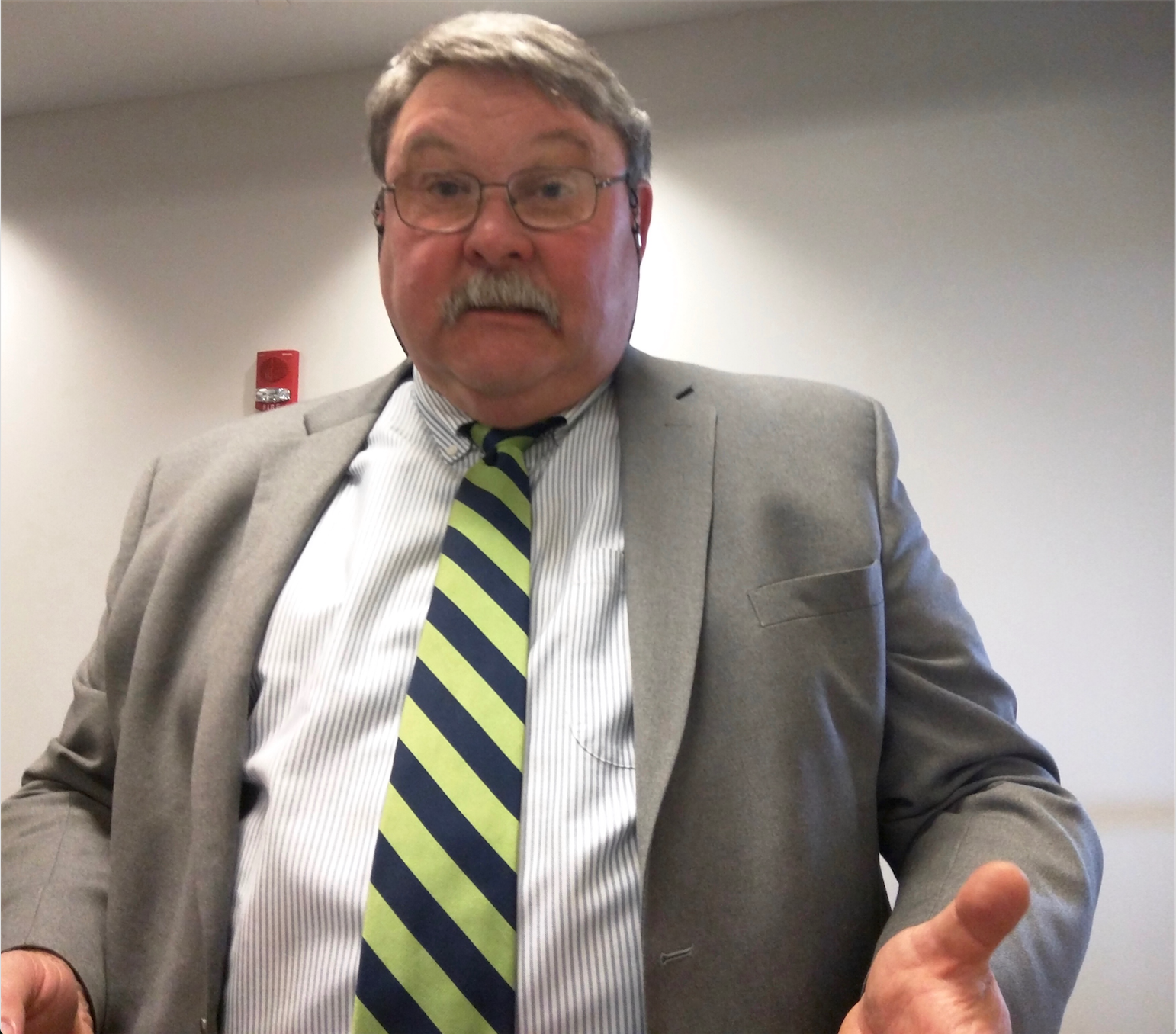 These problems may be widespread.

“This problem is very, very real. We see it every day. The rules that have been placed on parents are arbitrary,” he told the state board. “Do not drop this ball.”

After hearing a sobering barrage of stories from parents, the State Board of Education decided Wednesday a complete assessment of how special education is being delivered is warranted.

They voted to establish a task force and give it six months to report back.

“It sounds like a system broken,” said Erik Clemons, a state education board member from New Haven.

“It doesn’t sound to me that the processes in place are working,” said Joseph J. Vrabely, a board member from Glastonbury. “Something is not working. So what I am struggling with is, are we not following the rules that are already set up or do we need new ones? … These districts should be providing independent educational evaluations but they’re not; they’re ducking it.”

“It sounds like a system broken.”
Erik Clemons
State Board of Education member from New Haven

Terry Jones of Shelton said that during his six years on the state education board there has been a “constant undercurrent of concerns I hear from parents.”

Referring to the story of the child put into a box, Jones said, “It makes me cringe.”

State Education Commissioner Dianna Wentzell told the board that, “There are things that were raised today that are certainly not in alignment with our expectations” and promised “a deep study” of the problems.

Asked during an interview what those expectations are, the commissioner pointed to guidance the department has issued.

In 2015, the department wrote special education directors to explain that their districts cannot require a parent to explain why they want an outside expert’s opinion. If the district refuses to pay for such an evaluation, the district must request a hearing to justify why the existing evaluation is appropriate and another outside is unnecessary. The guidance is silent on rules for observations and what specific credentials districts can impose for outside evaluators.

“It is unnecessary and counterproductive to create new parental rights that exceed any requirements of existing state and federal law,” Patrice McCarthy of the school board group and Joseph Cirasuolo of the superintendent association wrote in a joint letter to the chairman of the state education board last week.

A review process the state education department has “is the appropriate mechanism to achieve resolution of specific, individual concerns,” they wrote.

“There are existing procedures for impartial review of school districts’ IEE guidelines/criteria to determine whether those criteria comply with” federal laws, attorneys representing the school attorneys group wrote the board.

But some of the parents and their attorneys said it was hard to determine the outcome of such complaints, making it difficult to understand what precedents the department has set.

The State Department of Education reported that 203 cases were challenged in the 2013 fiscal year and brought before an independent hearing officer. Most were settled, and actual decisions were made in only 10.

The department has issued documents describing rules for special education programs, and Commissioner Wentzell said the department is working to make a user-friendly summary of that information available.

Complaints in recent years have led the state or federal government to find systemic violations in Bridgeport, Hartford, Darien and Stamford.

Earlier this year, a state education department investigation concluded that Bridgeport educators were moving at a snail’s pace to assess some children suspected of having disabilities or were not providing appropriate services when disabilities were found disabled. It was the second time the city was found to be in non-compliance since 2014.

In Hartford, the state has concluded twice since 2011 that special education laws were being violated. One of the students involved in one of those complaints had been waiting 17 months for a reading evaluation after his mother suspected he had a learning disability.

In October, a state watchdog, the Office of the Child Advocate, released an investigation of New Britain public schools that it said “identified an alarming number of children with significant developmental delays who received services inconsistent with best practices or state guidelines.”

The federal government labeled Connecticut as needing to improve special education identification and delivery three times between 2007 and 2015.

Ensuring districts provide parents suitable access to outside evaluations – as federal regulations require – is especially important for low-income families. A review of the delivery of special education by the state education department from 2012 concluded, “Low-cost legal services for low-income families was scarce to nonexistent in Connecticut.”

Special education has become part of the debate in Connecticut about access to an adequate education. The state is being sued by a coalition of parents, educators and municipal leaders who say the state is falling short of its constitutional obligation to provide students with a suitable education.

In a ruling in the case last September, Superior Court Judge Thomas Moukawsher, wrote that, “Getting picked for special education in this state is mostly arbitrary and depends not on rational criteria but on where children live and what pressures the system faces in their name.”

Concerns over the wellbeing of the state's incarcerated population grew as the number of staffers testing positive creeps upwards.

Despite the governor's statements, more people were released from prison so far this month than in the same period in previous years.

Eleven staffers at the Torrington courthouse are in quarantine after one judicial marshal tests positive for COVID-19.